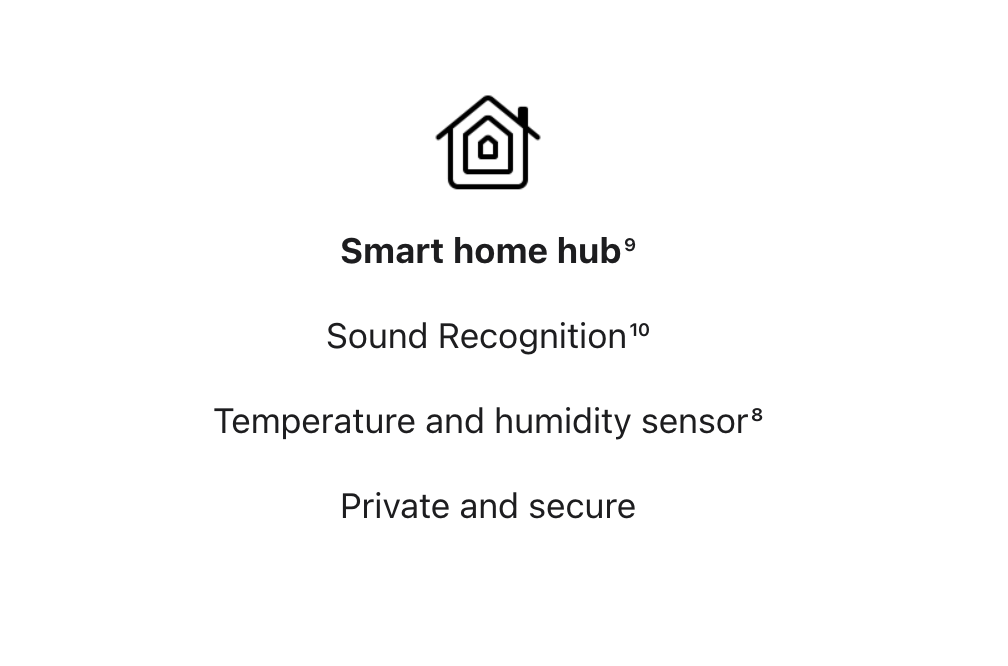 In the course of the new old big HomePod unveiled yesterday, Apple also mentioned a few extras of the device: it contains sensors for temperature and humidity. In addition, the device with the microphones, similar to the iPhone, will be able to support noise detection for alarms. This means that if a fire alarm goes off in your home, the HomePod can detect it and send you a message. This means that even old, non-networked alarm sirens will become smart via this small detour.

The HomePod mini will also get the same functions via an update. The sensors are also present in the small speaker and Apple is now enabling them after almost two and a half years. The update is supposed to be free of charge. The small device learns new things without you having to do anything.

Apple states that temperatures between 15 °C and 30 °C can be recorded and the relative humidity is measured between 30% and 70%. That should be sufficient for normally heated rooms. If you are very frugal in the winter or live in the city in the summer and have an apartment that heats up a lot, the temperature range might not be quite right.

For the alarm detection, Apple writes: “Sound Recognition requires the updated Home architecture.” This has currently been withdrawn due to an extremely large number of errors, as users who had immediately switched over experienced massive problems and in some cases the entire infrastructure failed. We assume that Apple will try again with iOS 16.3 to deliver a working version, but if you have a lot of devices that you have all configured individually, you should not upgrade immediately.