Apple offers several different mobile Macs and when buying a new one, you are faced with the question: Which MacBook Pro or MacBook Air to buy? They all have one thing in common: all portable Macs come with Apple’s own M1 chip – either in the basic version or as a Pro or Max variant.

Apple produces three current series, which are titled “MacBook”. The first is the MacBook Pro 16-inch series, whose entry-level model already has ten CPU cores and a lot of computing power. If you want performance, but prefer a smaller format, the 14″ MacBook Pro series with at least ten CPU cores is a good choice. If you want something more affordable, Apple has the MacBook Air on offer. We will show you the advantages and disadvantages of all models and distinguish them from each other so that you know which is the best MacBook for your usage scenario.

In addition to the mentioned models, Apple also offers the 13-inch MacBook Pro from the predecessor series. Although it also comes with an M1 chip, we would only choose this model in special cases.

The new MacBook Pro in 14″ and 16″ are a significant improvement over the predecessors. Apple has listened to user criticism here and at the same time incorporated far-reaching technical innovations.

Let’s start with the obvious: There is again an HDMI port, SD card slot and MagSafe connector in version 3. In addition, there is a better webcam with 1080p resolution and much better behavior in dark environments as well as a normal row of function keys – the Touch Bar has been retired. You can say that Apple has taken a step back in important areas.

However, it also takes two steps forward: The display has grown (despite the notch) and now offers smaller black borders. Furthermore, the display offers a refresh rate that dynamically adapts to the content to save power or to display the content smoothly (up to 120 hertz).

The decisive advantage, however, are the installed Apple Silicon Chips, which Apple has named M1 Pro and M1 Max. They offer up to 10 CPU cores and up to 16 GPU cores (M1 Pro) or 32 GPU cores (M1 Max). The Max also offers twice the maximum memory (64 GB compared to 32 for the Pro). These chips even offer ProRes support, so that extensive data streams can be handled almost without delays. The power consumption is kept within narrow limits – which is not only good for the battery life, but also for the low noise level.

The MacBook Pro works together with very good monitors.. 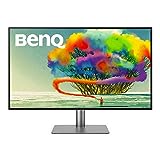 Sensible options for the 14″ and 16″ MacBook Pro

The completely redesigned 14″ and 16″ models of the MacBook Pro come with 16 RAM and a 512 GB SSD as basic equipment. The smallest chip is the M1 Pro with 8 cores and 14 GPU cores. The maximum configuration is 10 processing cores and 16 graphics cores.

If you want (essentially more graphics) performance, you can go for the M1 Max. This has 10 processing cores and at least a 24-core GPU by default, optionally also 32 cores. You can easily see that twice the number of GPU cores should offer twice the performance – which is actually the case in practice (depending on the application).

We would simply stick with the smallest processor for simple tasks. If you edit a lot of video, especially multiple 4K or 8K streams that have to be exported constantly, go for the M1 Max with many GPU cores.

If you are a semi-professional, work on large projects from time to time and can wait five minutes longer for export, then the M1 Pro with not quite as powerful graphics will usually do – it is still far from slow. We would rather invest the budget in a larger SSD or choose a larger working memory.

The possibility for ProRes processing is offered by both versions of the chip. 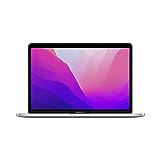 Decision-making aid: Pro and con criteria for the MacBook Pro 13″.

The MacBook Pro series was completely converted to Thunderbolt 3 ports (with USB-C jack) in 2016. Each port can handle speeds of up to 40 GBit/s, which is double the speed of the previous Thunderbolt 2 standard. Furthermore, the ports are able to transfer all protocols: no matter if you connect a display, storage, network, etc., you can use every port. The only remaining port of a different standard is a 3.5 mm audio port (without an optical connection option). And that’s exactly what the remaining 13-inch Macbook Pro in Apple’s portfolio still offers.

The newer models got more ports again after persistent criticism and the Touch Bar, which was still present in this model, has also disappeared again.

We would go for the 13″ model if the Touch Bar is really important to you.

If you do not have the $800 more to pay for the new 14-inch model, we would rather go for the cheaper MacBook Air, even if it does not seem intuitive. But this one has the same M2 chip and comes without Touch Bar, but still has Touch ID. You can also invest the saved $100 in a better memory configuration.

A MacBook Air M2 is a good alternative to the 13-inch MacBook Pro.

Downside: the MacBook Air M2 does not have an active fan. So, if you need computing power for hours on end, you have to take that into account. And as already mentioned, the Touch Bar is missing. However, since Apple has removed it from the new top models anyway, this should be more of an advantage in future use.

Which equipment options are useful for the 13-inch MacBook Pro

Meanwhile, the base model comes with 256 GB of SSD storage. This configuration is already very suitable for everyday use. So, if you do not have to deal with large amounts of data like photos and videos or virtual machines, you can already be happy with this storage size.

The working memory is a maximum of 16 GB because the M1 chips are much more efficient than Intel chips in handling the RAM. As you can see here, the 16 GB models could hold a candle to those with 32 GB. Thus, even 8 GB is quite sufficient for everyday use. Only for video editing in 8K RAW resolution is 16 GB strongly recommended – this puts an Apple Silicon model on the performance level of an Intel MacBook Pro with 32 GB.

When to buy the MacBook Air M2? 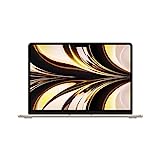 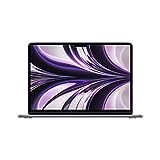 Decision support and criteria for the MacBook Air M2

The two MacBook Air variants on offer differ in memory size and processor. The basic model offers 256 GB of storage and the new Apple M2 CPU, the better model doubles that to 512 GB. Apple installs an M2 chip with eight cores for the graphics in the smaller model, the better model gets chips with ten cores.

The M1 chip has already performed extremely well in previous benchmarks. It is significantly faster than the previous Intel chips and uses much less battery. So, battery life has increased significantly on the new MacBook Air.

A powerful M2 processor and 8 GB RAM are standard.

The M2 is about 1.4x faster, depending on the application, and also offers encoding support for ProRes video files.

Depending on your budget we would first choose a somewhat larger SSD. You can live well with 8 GB in everyday use, but you are a bit more future-proof with 16 GB if you also plan to do a lot of graphic intensive work – Photoshop with a lot of filters for example. The maximum RAM is 24 GB.

However, if you plan to use the MacBook Air for computing tasks for a long time, we would recommend the MacBook Pro with the M2 chip, which still has a fan. The MacBook Air is completely passively cooled and throttles the processor down a bit when it gets too warm. However, throttling is kept within limits: You lose about 25% of performance when the chip is warm.

The MacBook Air M2 comes with the new MagSafe Port with fast charging. A nice addition which also lets you use the Thunderbolt Ports freely.

A monitor for the MacBook Air is available for every purpose. 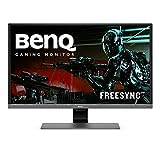 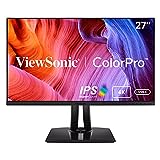 The Macbook Air M1 is always extremely powerful and significantly cheaper than the M2 variant. If you’re looking for a cheap and fast machine for everyday use without going for the currently technically feasible, the M1 MacBook Air is still a very good choice, especially because it can be had for under $1000.

The M2 MacBook Pro vs M2 MacBook Air consideration is up to your preferences and usage scenarios: The Pro offers active cooling and the Touch Bar, but only a poor 720p webcam. The Air with M2 offers a usable 1080p webcam, only Touch ID and no active cooling, and is also a bit lighter. We think the M2 Air is the better choice for the majority of average usage scenarios.

When to buy the MacBook Air M1?

The MacBook Air received an M1 chip in November 2020.

Decision support and criteria for the MacBook Air M1

The two MacBook Air variants on offer differ in memory size and processor. The basic model offers 256 GB of storage and the new Apple M1 CPU, the better model doubles that to 512 GB. Apple installs an M1 chip with only seven cores for the graphics in the smaller model, the better model gets chips with eight cores.

The M1 chip has performed extremely well in previous benchmarks. It is significantly faster than the previous Intel chips and uses much less battery. So, battery life has increased significantly on the new MacBook Air.

A powerful M1 processor and 8 GB RAM are standard.

It is great that Apple has given the MacBook Air Retina a Touch ID sensor in the keyboard without integrating an expensive Touch Bar. This actually puts it in a better position than the MacBook and MacBook Pro, which are both more expensive – if you don’t like the Touch Bar.

If you want to configure the SSD freely, we recommend both depending on your budget, but first a somewhat larger SSD. You can live well with 8 GB in everyday use, but you are a bit more future-proof with 16 GB if you also plan 8K video editing. The memory sizes don’t sound impressive, but the M1 is very efficient with RAM and it turns out that 16 GB M1 MacBooks are on par with Intel MacBooks equipped with 32 GB.

However, if you plan to use the MacBook Air for computing tasks for a long time, we would recommend the MacBook Pro with the M1 chip, which still has a fan. The MacBook Air is completely passively cooled and throttles the processor down a bit when it gets too warm. However, throttling is kept within limits: You lose about 25% of performance when the chip is warm. However, since the M1 is much faster than the Intel version before, even this is acceptable.

The Macbook Air is technically superior to the older 12-inch MacBook in every category. The smaller MacBook only scores in weight: it is 300 grams lighter. Or to put it the other way around: the new MacBook Air is over 40% heavier than the outgoing MacBook 12″. So you do not get extreme lightness, but rather a fairly priced offer.

Expected service life: Depending on the time of purchase (devices purchased later tend to be out of support), there are five to seven years of updates to new macOS versions plus two years of security updates afterwards. The support period is therefore usually between seven and nine years (but can also be shorter).

The display of the products was implemented with the affiliate-toolkit plugin.
Close
Menu
Close

Manage Cookie Consent
We use only one analytics service if you agree (Pirsch in Germany).
Data will not be shared with anybody else.
Manage options Manage services Manage vendors Read more about these purposes
View preferences
{title} {title} {title}