There’s never enough space, and an external hard drive for the Mac is always good when it comes to data backup. So sooner or later the question of which external hard drive to use on the Mac always comes up. Currently we recommend these for your data: 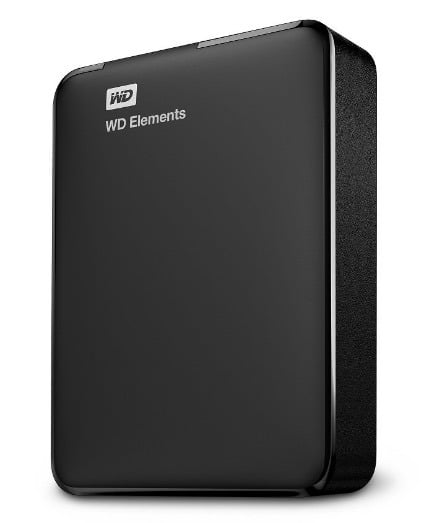 2.5″ hard disks have the advantage that they are easy and portable – and cheap. Disadvantages are the mechanical vulnerability, especially when you take them with you on the road, and the limited speed compared to SSDs. However, for mobile use, you can choose a rugged version, a padded version, like the LaCie. Mechanical hard drives can also still be a good idea when it comes to making a backup or maybe recording your huge music collection, which is only written once and then only read. In such a case, the speed is hardly important.

If you want a good small hard drive to store some data away, the WD Elements series is the right choice. Relatively cheap, simple but attractive design, no experiments. The drives are available in various sizes and cost just over under $60 in the 2 TB size.

Pay attention with the 2.5″ models, which promise particularly large capacity (4 and 5 TB) that they work with the Shingled Magnetic Recording method. This means that although they are good archive disks, they are relatively unsuitable if you want to move huge amounts of data every day. The storage technology used is not designed for this and the data rate drops significantly.

The best SSDs with USB 3.0 Speed for Mac

If you need a portable external drive, SSDs are basically the best choice. The prices are now extremely affordable, they are reliable, small and light. The best known representative of this type is probably the T5 series from Samsung, which has the dimensions of a credit card. The speed of USB 3.0-connected SSDs is around 500 MB/s and fully exploits the standard. This is easily enough for everyday tasks, after all it’s the random accesses to the data medium that make it pleasant to use, and the maximum speed isn’t even the deciding factor. However, if you copy a lot of large amounts of data, the even faster USB 3.1 variants, which we list below, might be something for you.

SSDs are now also suitable as backup drives due to their low price. And they are even of great advantage here: since a backup usually only backs up the files that have changed, the SSDs have to search the backup each time. And a solid state storage can do this much faster than a mechanical hard disk. So if you’re in a hurry, or if you want your data storage to be completely silent at all times, you can use a high-capacity USB 3.0 SSD.

The best SSDs with USB 3.1 Speed for Mac

The next fast stage of USB SSDs are models that can achieve around 1000 MB per second. This puts them at Thunderbolt 1 level, but they are satisfied with a normal USB 3.1 connection. So you get twice as fast models compared to the USB 3.0 models at a reasonable price.

It becomes even more complex: since the end of 2019, USB 3.2 Gen 1 and USB 3.2 Gen 2 can be used alternatively (the 1 after the dot is replaced by a 2). However, nothing changes, it is neither faster nor more modern. It’s just a retroactive renaming, so that everybody is confused. Our tip: Just pay attention to the specifications in Gbit/s: If it’s 5 Gbit/s, it’s the slower version (which usually uses one USB-A port to its full capacity), if it’s 10 Gbit/s, you can assume that it delivers the highest speed on a USB-C port. Of course faster models always run on slower ports.

The best Thunderbolt SSDs for Mac

But you need even more speed? Then Thunderbolt SSDs are for you. These are at a few thousand MB/s (usually just under 2500 MB/s) and only run on Thunderbolt ports. Since all USB-C ports found on current Macs are Thunderbolt 3 ports at the same time, all models mentioned here run on these Macs.

For mobile use, we recommend the rugged version of the LaCie, which comes in a thick rubber case. If you might have an older MacBook until 2015, you can use Transcend to upgrade the internal SSD and then fit the older MacBook into a suitable enclosure. Then check if you want to have a version with USB-C or Thunderbolt 2. 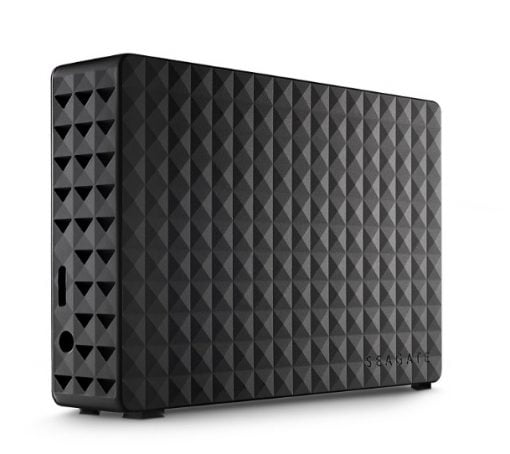 Large 3.5″ can be placed on a shelf or left on your desk and is very useful if you have a lot of data to store. Meanwhile there are single hard disks that can hold up to 16 TB of data and the data density is still increasing. In addition, the current models are usually surprisingly quiet. Not inaudible, but they don’t annoy excessively and don’t push themselves acoustically into the foreground.

The cheapest hard disk we can recommend for quick backups is the Seagate Expansion Desktop with 4 TB of storage space. It offers a lot of space, is fast, quiet and looks reasonable. So if you just want a cheap data storage, $100 are sufficient.

Since all mechanical hard disks do not even use the USB 3.0 port to full capacity, you do not need to worry about the connection variant. If you want to put two hard drives in one enclosure, check out the WD My Book Duo. But as always the tip: a backup is still necessary – if the controller in the case is defective, all data is gone!

The best RAID Systems for Mac

RAID systems make it possible to distribute the data on two different hard drives. This can either increase the speed (RAID 0) because the data can be written alternately to different disks or it increases the reliability (RAID 1) because the data is mirrored. So if one disk fails, it can simply be replaced and restored by the other one.

Again, the note: a RAID is not a backup. The second hard disk simply allows you to continue working quickly if one fails mechanically. But it does not replace a backup, which is important if for example the case falls down and both disks break, you delete a file that disappears from both disks or maybe the controller is broken and the data becomes corrupt. So: handy to compensate for the failure of one disk while working, but no excuse for another disk where you constantly make a backup!