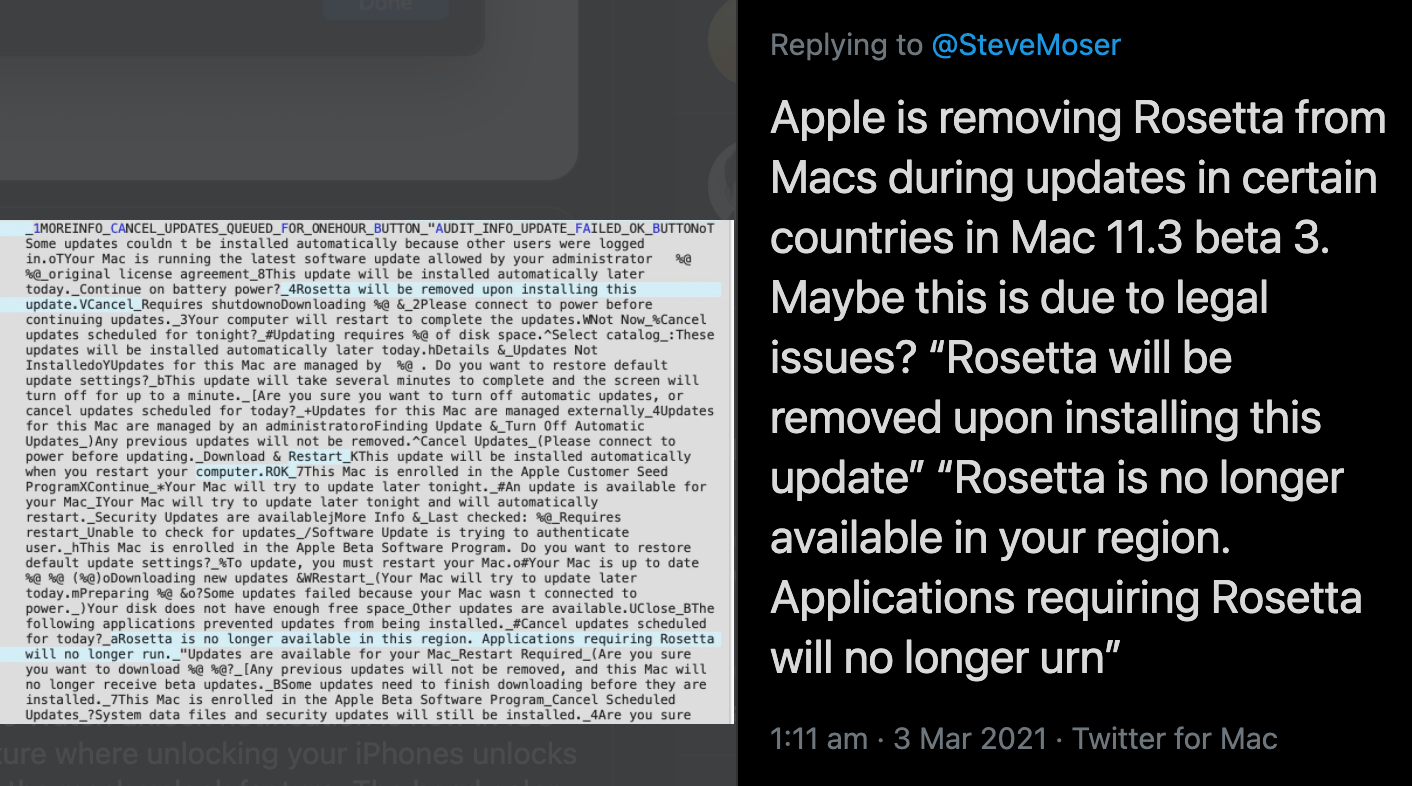 Apple could remove the feature to run x86 on M1 ARM chips with the next macOS update.

Steve Moser from macrumors has found hints in the beta code of macOS 11.3 that Apple wants to remove Rosetta 2 from the operating system with macOS 11.3. The text of the error messages reads “Rosetta is no longer available in this region. Applications requiring Rosetta will no longer run.” and “Rosetta will be removed upon installing this update.” Apparently, this only applies to certain countries and regions.

Since Apple has switched to its own M1 chips, which are built according to ARM architecture, software that was actually created for x86 processors has to be translated. Rosetta 2 does just that: the first time a program is launched, it is adapted for the other chip architecture.

Perhaps there are now legal disputes in some regions of the world and Apple is forced to remove this feature again. For users, this would mean that x86 can no longer be easily compiled to ARM. So if you use such older (or current but not yet adapted to M1 chips) software, you should not install the macOS 11.3 update immediately. It makes more sense to check whether your country falls in the region where Rosetta 2 will be removed – and then possibly suspend the update until you have found another solution.