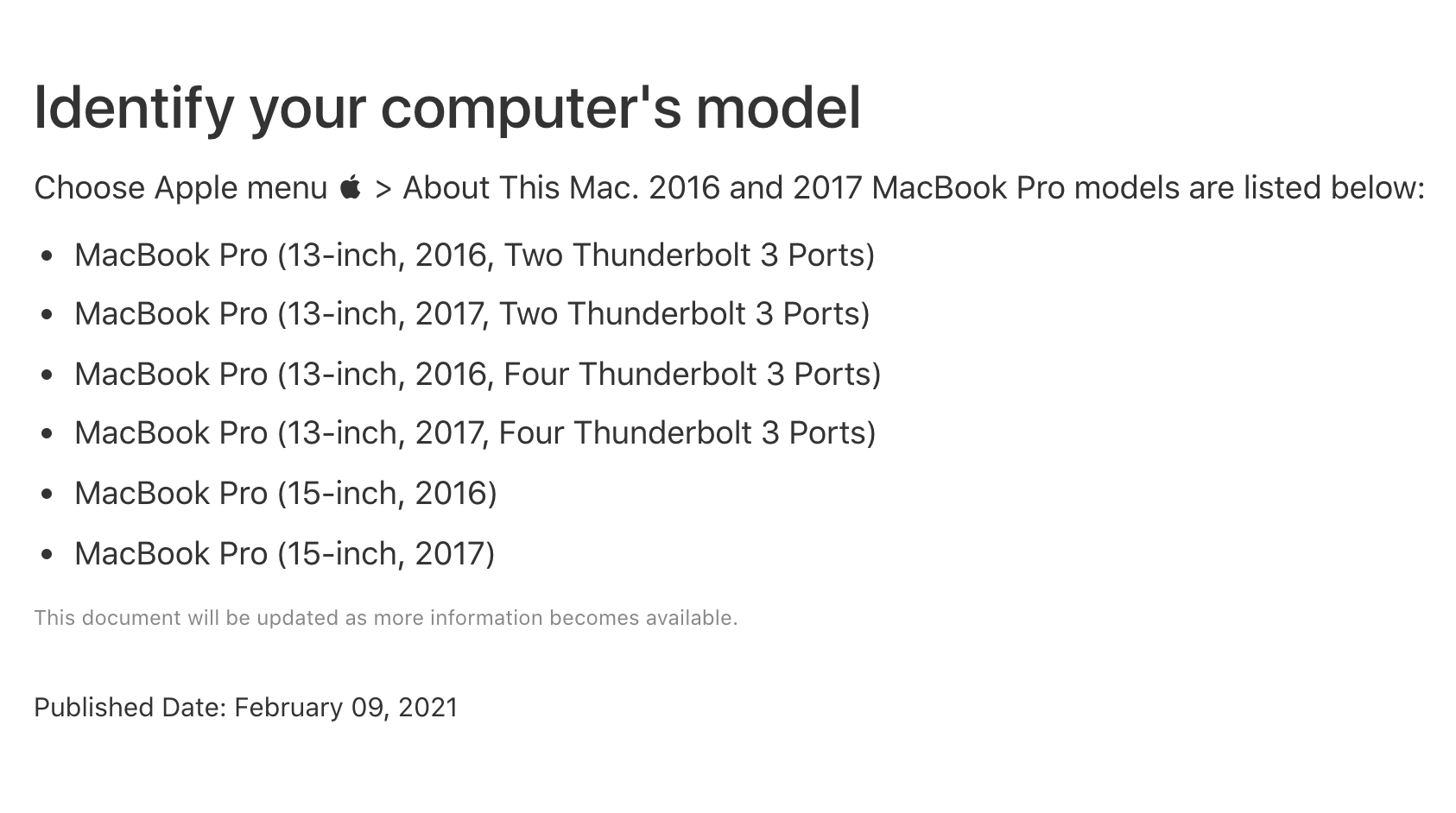 MacBook Pros can stop charging the battery after a macOS. Apple has set up a repair program for this.

Apple recently released the macOS 11.2.1 update. This was supposed to solve charging problems on some MacBooks. However, the error is apparently more persistent than expected. 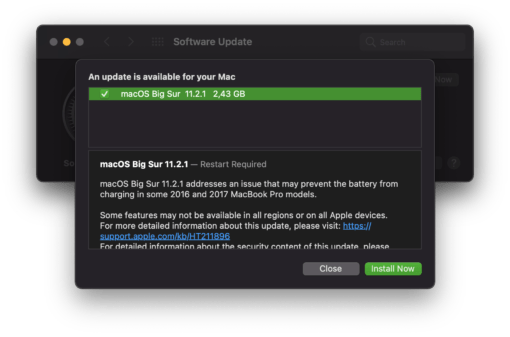 MacBook Pros from 2016 and 2017 can experience a situation where the battery charges to a maximum of one percent – and then nothing happens. This defect is so serious that you have to contact Apple. To be fair, a free repair program has been set up for this, which you can find here – Apple will then simply replace the battery.

So if this charging blockage also affects your MacBook Pro from this production period you have at least no financial burden to bear. However, there are also reports that occasionally even very new MacBooks with the M1 should be affected by this 1% problem. So keep an eye on how your MacBook behaves after the update and contact Apple directly in case of problems.