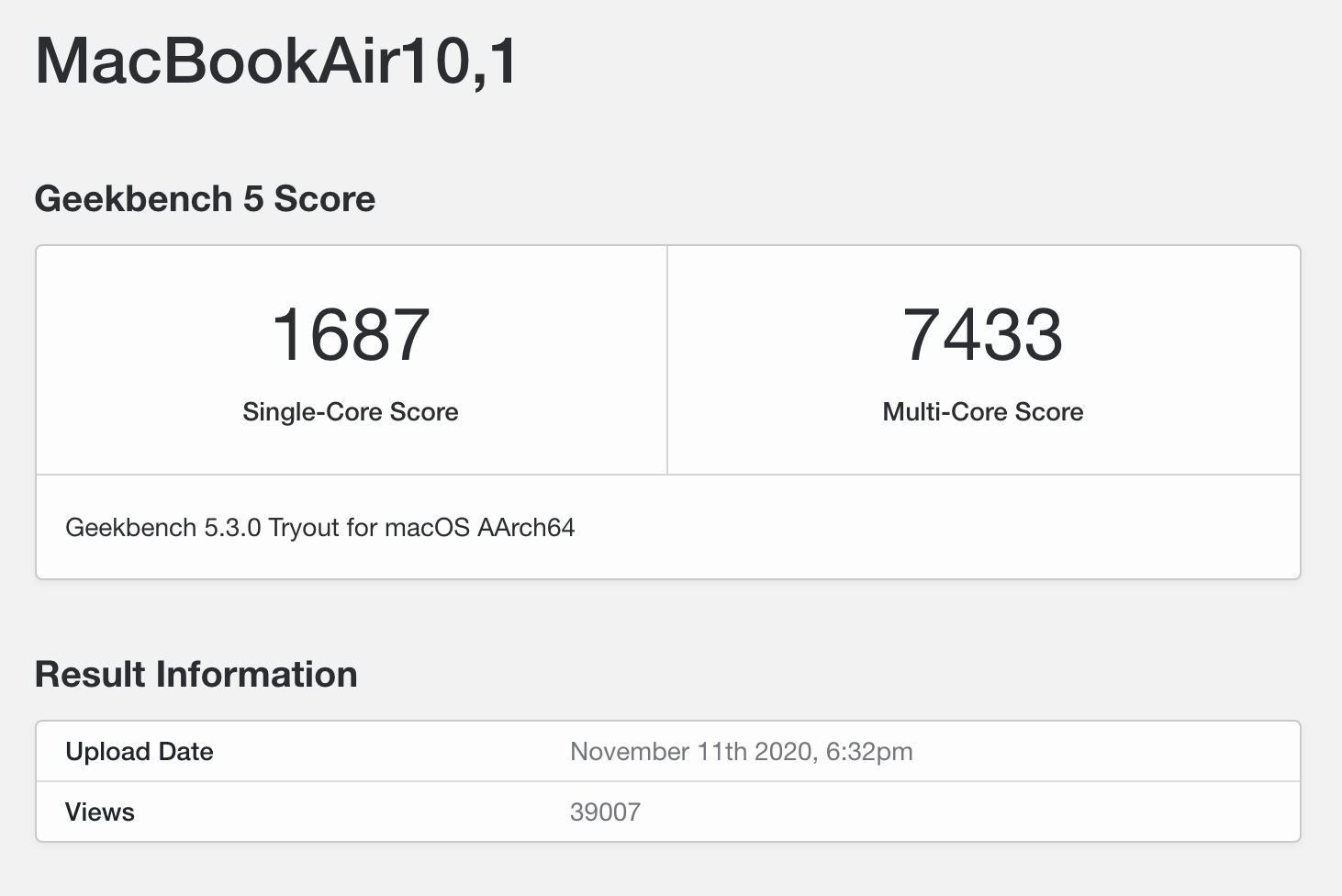 The first Geekbench results for Apple’s M1 chip have arrived and apparently not too much was promised: the performance is very good.

So the results for a Macbook Air with 3,2 GHz M1 chip and 8 GB memory 1687 points for the single core and 7433 points for the multi core benchmark. This is faster than all existing MacBooks including the current MacBook Pro 16″, which scores 1096 and 6870 points in the test, respectively. Needless to say that the M1 chip also significantly outperforms all A14 chips used in iOS devices.

The first test results of the M1 chip in Mac mini and MacBook Pro show somewhat lower but similar results. Many more benchmarks are likely to be added in the future, so that a meaningful average can be calculated. Currently, however, it must be said that Apple has made an extremely big step forward with the M1 in terms of performance and consumption – and this is only the first version available for Macs. The performance leaps in the next versions are likely to be huge, especially compared to Intel and AMD CPUs.

While the M1 currently still has limitations in terms of memory size, networking and number of external monitors, the performance seems to be exactly what Apple had in mind. If these results show up in everyday use, the M1 is a top performance from Apple.