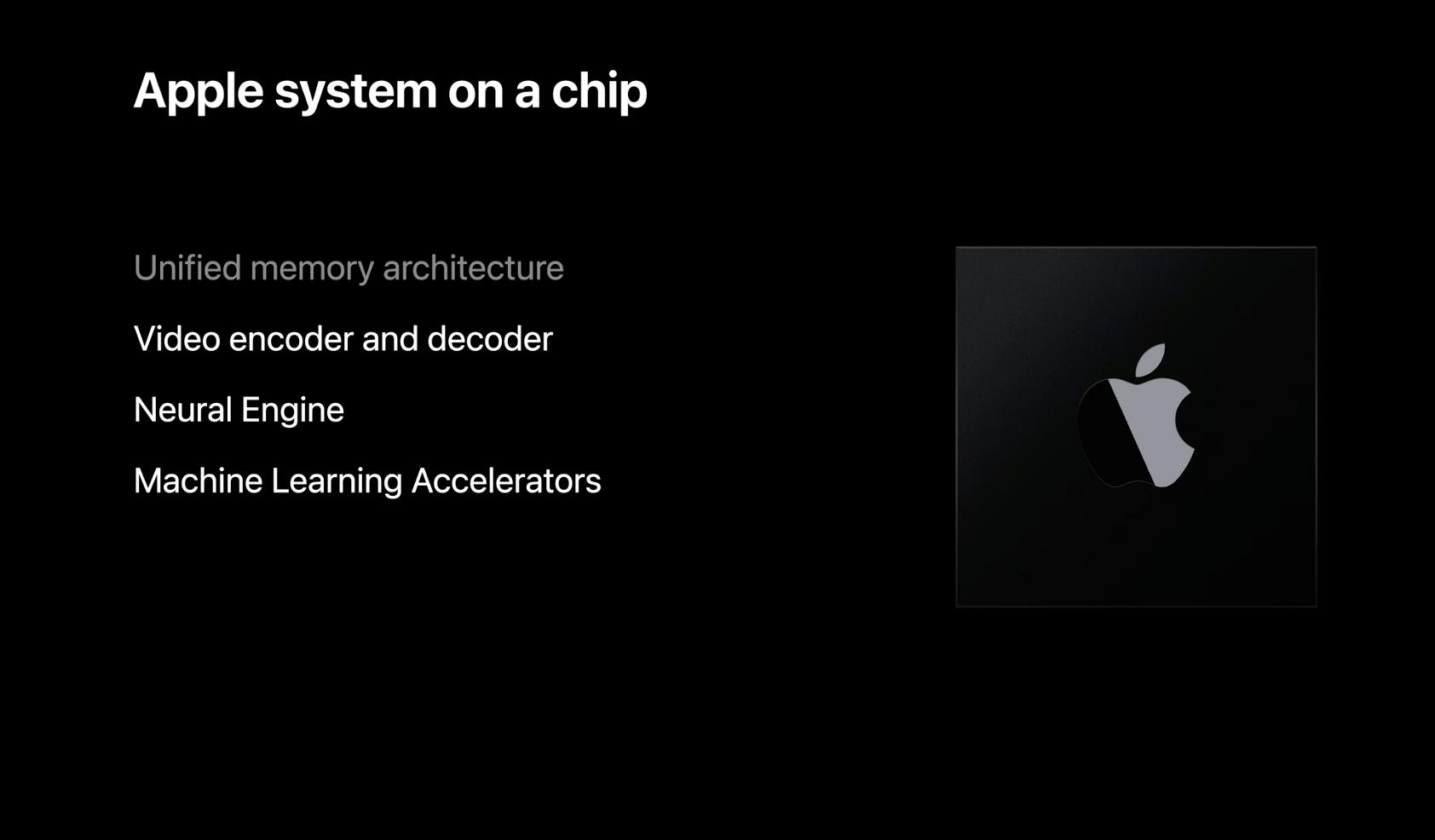 The biggest difference in the architecture is probably that Apple has designed the most important components as SoC (System on a Chip).

Apple has published an interesting video that explains the differences between the new ARM Macs and the existing Intel models. 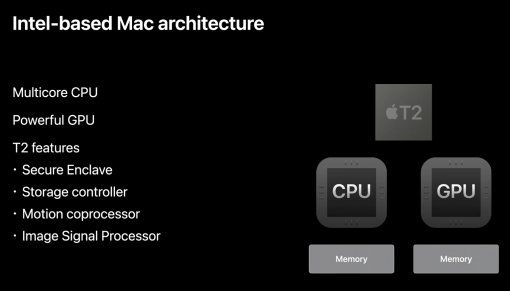 The biggest difference in the architecture is probably that Apple has designed the most important components as SoC (System on a Chip). In Intel’s architecture, CPU, graphics card and T2 chip are all separate, and there are different memory areas. Apple’s SoC approach combines all of this in one chip. One advantage of this is higher speed, since data can be exchanged more quickly between the processor and graphics card by accessing the same amount of RAM. 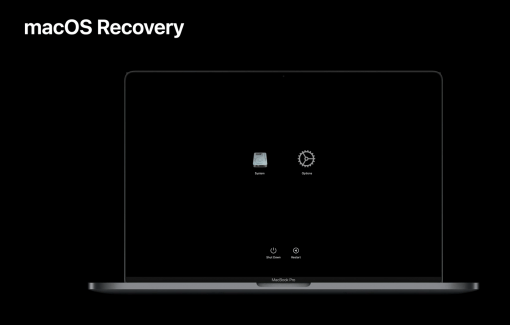 Apple also changes the boot menu. You no longer hold down the alt key or another key combination, but simply press the power button a bit longer and the new options are displayed. In the menu you can also change the security settings. You can choose if you want to install only current macOS versions or also older ones. Important to mention: Boot Camp will be omitted. There is an ARM Windows 10 version, but Microsoft and Apple could not agree yet. So if you depend on Windows, you should wait, also because it is not yet clear how performant a virtualization under macOS on an ARM design will be. 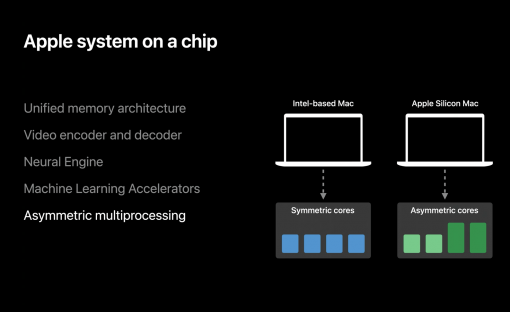 It is interesting to note that Apple follows the same approach to processor cores for Macs as for iPhones and iPads: There are several cores, some of which are designed for efficiency, some for performance. For mobile computers, this can then result in greatly increased battery life. How many cores in which configurations will find their way into the new Macs is not yet known. However, this new design should be significantly superior to the usual Intel structure.

If you’re interested in more details about the switch to ARM processors, see the Apple video here.