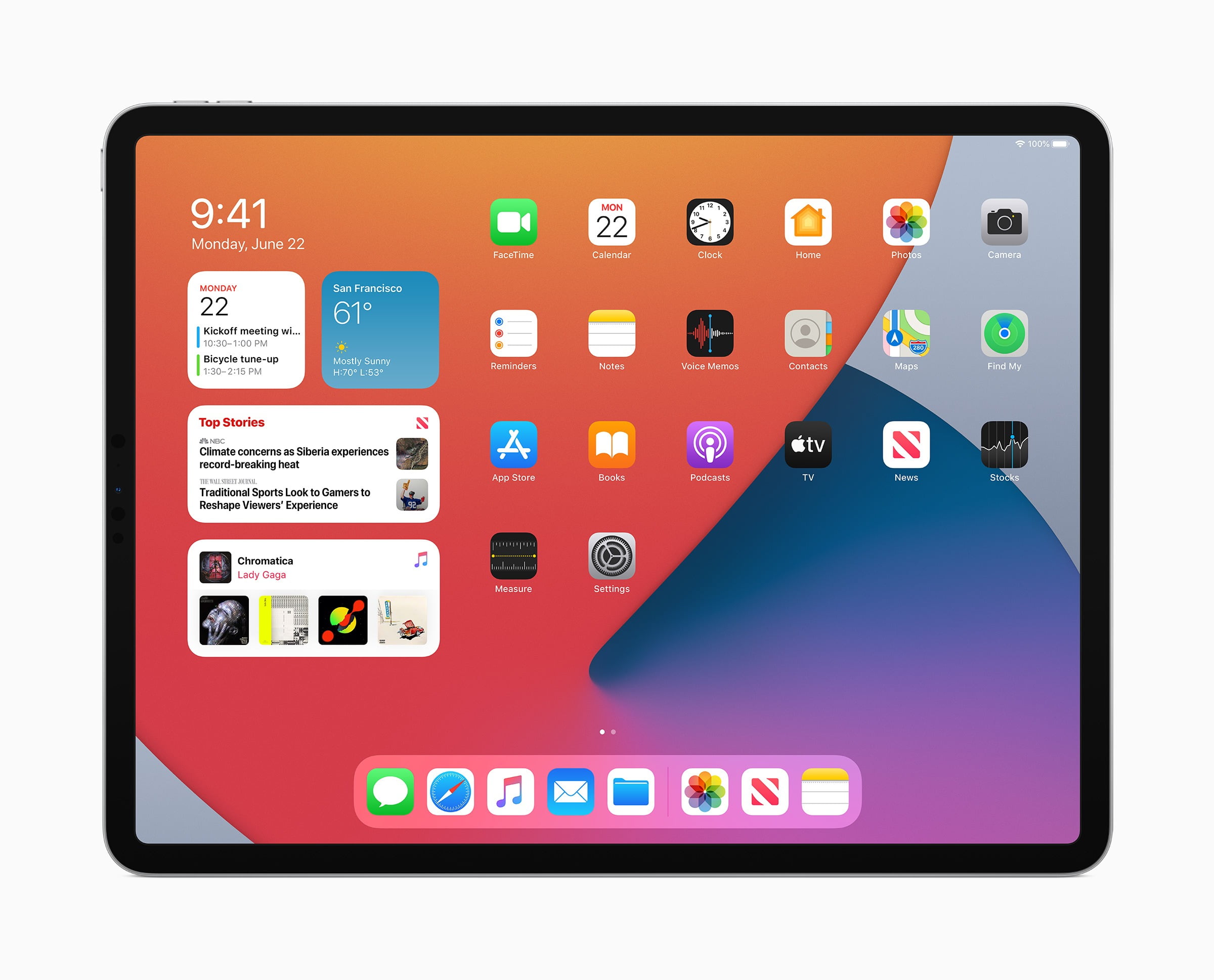 iOS 14 introduces a new feature: Apps can now be mixed with widgets.

iOS 14 introduces a new feature: Apps can now be mixed with widgets. In addition, the new App Library allows to sort all apps automatically. That’s handy for people who mix apps with their iPhone – categories are generated automatically. A practical thing. If you are one of the people who have sorted your apps precisely, this is not really an advantage for you. But it’s nice to have the choice. 🙂 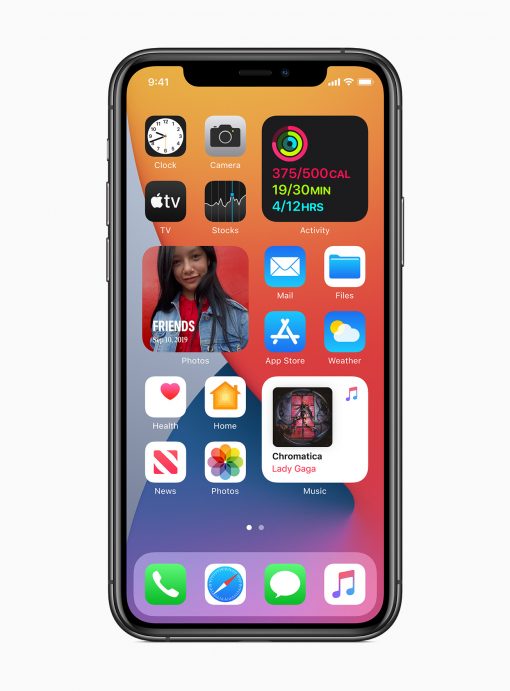 Widgets are now available in different sizes. So it is possible to display data according to your taste. Furthermore you can now drag the widgets to the middle of the app screen. A practical widget seems to be the “Smart Stack”: It always shows the right app or lets you scroll through different apps without having to leave the current screen. A nice idea.

With iOS 14 there will also be Picture-in-Picture Mode for the first time. So now you can play a video all the time while you write messages on the side.

Siri should also become better. The biggest change will be that Siri will no longer be in the foreground but will immediately execute the desired command. Siri is also said to have become smarter. In addition, speech recognition for dictations now runs directly on the device. Apple is also introducing a new app for translations called Translate – currently eleven languages are supported. We are curious to see how Apple Translate will hold its own against Google Translate. 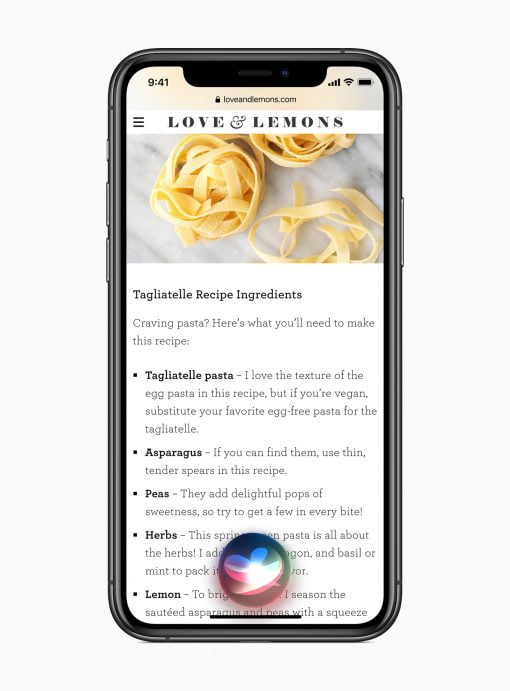 The Messages App gets a new sorting function: you can now pin down individual chats – like WhatsApp. There are also more memojis. But a nice new feature seems to be that you can reply directly to a message in group chats. You can now also write directly to participants with an @ – just like with WhatsApp. It’s nice that Apple is making up for these practical functions.

Apple Maps is being drilled out, the new version will also be available in the UK, Ireland and Canada. Apple has paid special attention to guides, i.e. recommendations for your search. Finally there is a bike option for Apple Maps. So it might finally be an alternative to Google Maps for cyclists. However, for the time being this feature is only available for three American and some Chinese cities. A pity. For drivers of electric vehicles new functions have been added: So in Paris and some cities in China you can see if you are allowed to enter the city (based on the rules there).

Car Play Updates include new backgrounds, but there is a really cool new feature: The iPhone can now serve as a car key. The current BMW 5 Series is the first car that supports this feature. The digital car key can be shared via the iCloud. This is a step into the future that really makes life easier. The U1 chip for Ultra Wide Band frequencies is the basic technology for this function.

Convenient for quick reaction in situations where you actually need an app: App Clips. This is basically a small part of an app that simply loads faster. If you are in the store, you can call it up when you enter an NFC chip or an optical code. However, App Clips should also be accessible from websites – any payments can be made with Apple Pay. If you wish, you can also download the complete app from the App Store.

Does my iPhone support iOS 14? 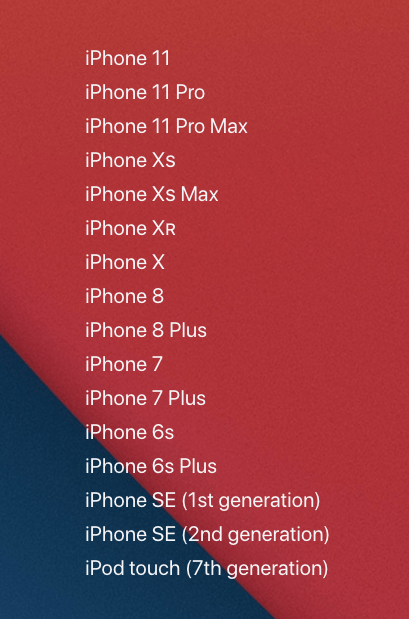 iOS 14 runs on the iPhone 6s and younger models. Anyone who now has iOS 13 installed can also install iOS 14.

iPad OS will also get the new widgets like iOS in the next version. The Photos App should now be even more practical to use: there is a sidebar that provides different sorting functions – like on macOS. So the borders between the mobile and desktop operating system are becoming more and more blurred. The calendar now also looks like on the Mac. 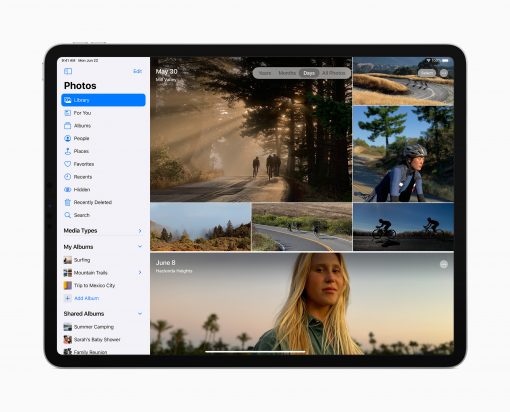 Siri and calls no longer take up the whole screen on the iPad either, there is only a little hint. By the way, the same thing happens on the iPhone: so be careful not to miss a call. The new system search Universal Search is said to have become much better, it should also search directly in apps. 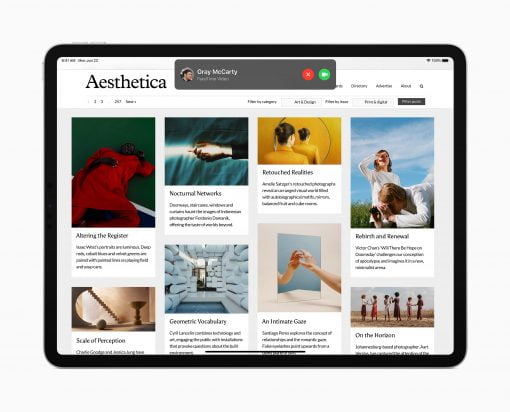 Apple Pencil is used by many for handwritten notes. The new function that converts handwriting into text is called Scribble. But not only text can be converted, also drawings are recognized and transferred. Structured data like phone numbers and addresses are also recognized as such. We are curious if this also works with European addresses.