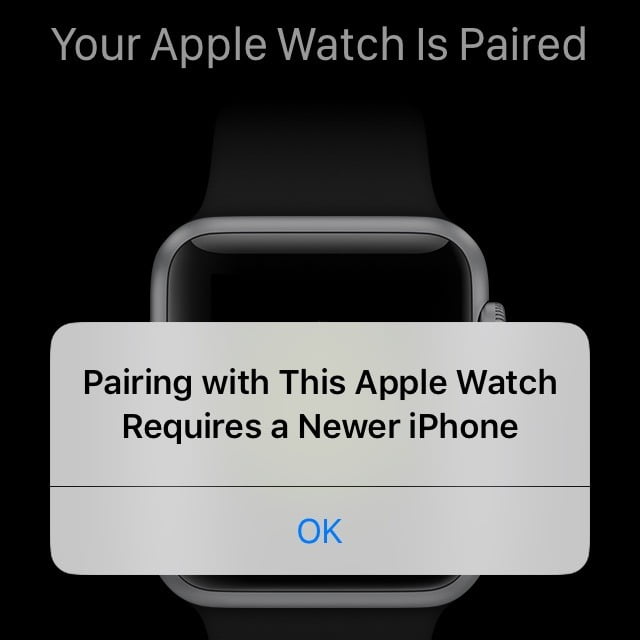 A warning from us, if you use an Apple Watch together with an iOS 12 iPhone: as soon as you unpair them, the two devices can no longer be connected!

We had here in our collection an iPhone 5s and an Apple Watch 3, both paired and to use flawlessly. The iPhone was even updated to 12.4.3, the Apple Watch 3 was still on watchOS 5.3. We wanted to give this ensemble away now. So Watch and iPhone were decoupled, both reset and newly set up. And then: Apple Watch and iPhone can no longer be connected. 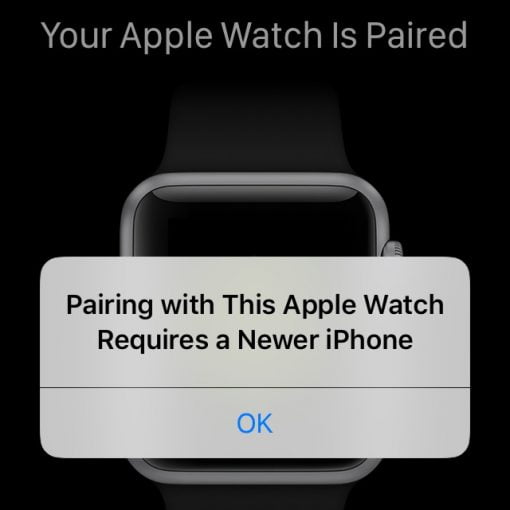 The process starts as usual: the watch is recognized, you film the displayed pattern with the iPhone camera, both devices connect and you can already start configuring the watch. And then comes the message:

Pairing with this Apple Watch requires a newer iPhone.

As you can see in the screenshot, the two devices are already coupled without any problems. Apple artificially refuses to allow the devices to work together. 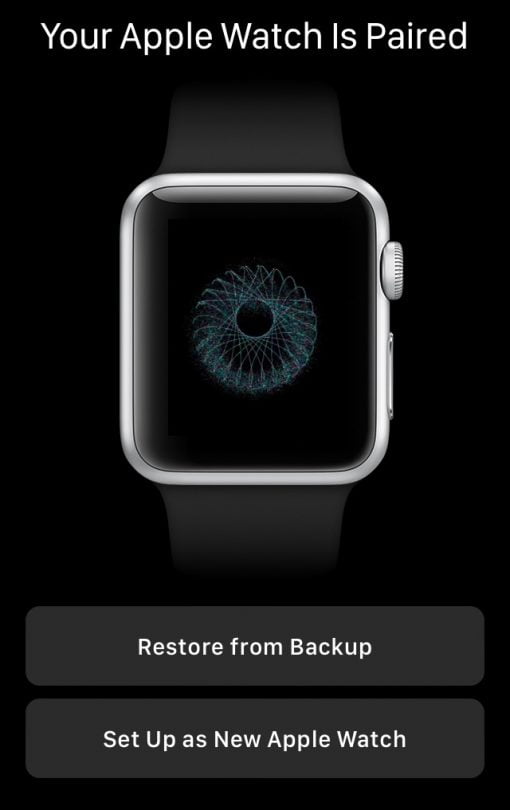 At first we were a bit surprised and did the counter-test Apple Watch 3 and iPhone with iOS 13 and actually: that worked. Now the idea was to upgrade the Watch on the newer iPhone to watchOS 6, but then it is proven that it won’t run on iOS 12 iPhones anymore. Only iOS 12 and watchOS 5 play together. But now the big catch:

Apple Watches only run on old iPhones as long as they are not unpaired. After that they become unusable for iOS 12 devices!

Apple has deliberately set it up (a phone call confirmed that) so that Apple Watches will still run on iOS 12 devices as long as they are paired. You’ll even get updates within the watchOS 5 series. But the fun stops immediately when Watch and iPhone are disconnected: Then Apple forbids reconnecting the two. There’s no technical reason for this, it’s probably rather planned obsolescence due to artificially introduced incompatibility.

If you use an Apple Watch on an iOS 12 iPhone never reset!

We find that extremely impertinent. There will probably be many users who spend their rather on an Apple Watch than on a newer iPhone because it’s more useful to them in their everyday lives. That’s no longer possible. We couldn’t verify if this is only true for Apple Watches Series 3 and newer or also for Series 1 and 2 (Series 0 works without problems). Apple makes it impossible to give a used Apple Watch 3 to someone who still has an iOS 12 iPhone. The combination of iOS 12 and watchOS 5 (both still with updates!), which worked well for years, was intentionally made usable. 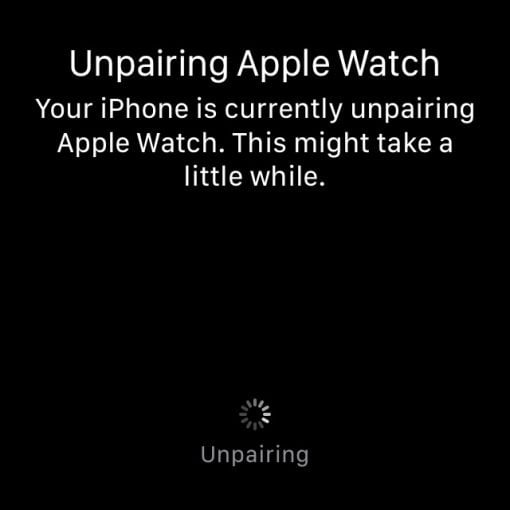 Even if you choose the option “Restore from backup”, you won’t get anywhere. You could at least have hoped that Apple would at least allow you to restore the last combination of Apple Watch and iPhone. Therefore a complete decoupling and resetting of the Apple Watch has become impossible in case of software problems: the Watch will not be usable afterwards anyway.