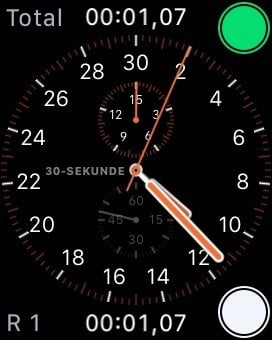 If you like to use the stopwatch function of your Apple Watch we would like to point out that the display of the stopped time on the Apple Watch contains a bug. 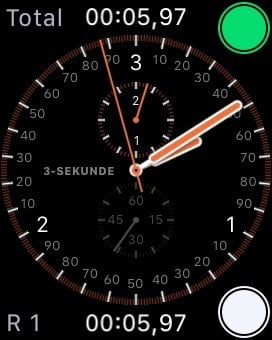 We have tried the chronometer Watchface of the Apple Watch on the weekend once after we had tracked down a few beautiful chronometers on the flea market. Of course, this discovery has a direct impact on the Apple Watch, after all, there are interchangeable watchfaces for it and so we also played around with the stopwatch function. 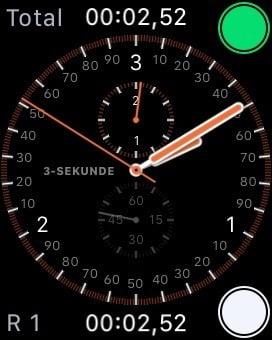 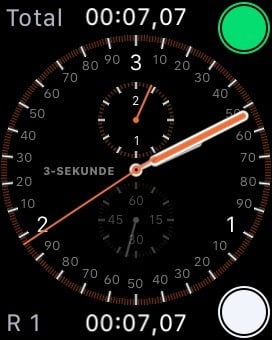 When playing with the stopwatch, the following was noticed: the digital display of the stopped time does not always correspond to the display on the analog scale per second hand. If one has chosen the dial with 3-second graduation for the stopwatch, it is often noticeable that the large second hand lags behind the digital display by several hundredths of a second (in the picture: two times faulty display, correct display). So if you use the analog display for reading, you are misappropriating some of the past time. This circumstance does not always occur, but is regularly reproducible. 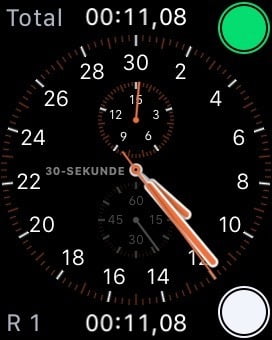 With the 30-second dial for the stopwatch, the error is the other way round: the hand seems to show the correct stopped time and the digital display falls back. This is obvious if you stop exactly on the full second: It looks like the accumulated hundredths of a second are not correctly converted into a full second (in the picture: incorrect display, correct display, incorrect display). If you then let the stopwatch continue to run, the display is correct again and the lost second is immediately added back. Of course, this is also more than annoying for a time that should be stopped exactly. 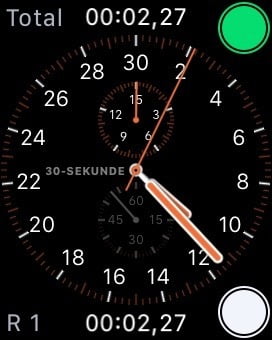 Due to this circumstance it is not quite clear whether the digital or analog measurement is correct and whether the error depends on the watchface. We have tested under several older versions of watchOS, also under the newest 5.1.3. Apparently this error has been existent for quite some time. We can only hope that you didn’t run into this bug when you were responsible for timing an important event. We also found a video from 2018 which already pointed out this fact.

At the moment you have to be careful if you want to stop correct times. Use a separate stopwatch for official events until Apple fixes the problem. Nothing is more annoying than having to admit at important events that the measurement equipment used was not reliable. As you know, the Apple Watch can do just about anything -- just to stop time correctly is not possible with the current watchOS.