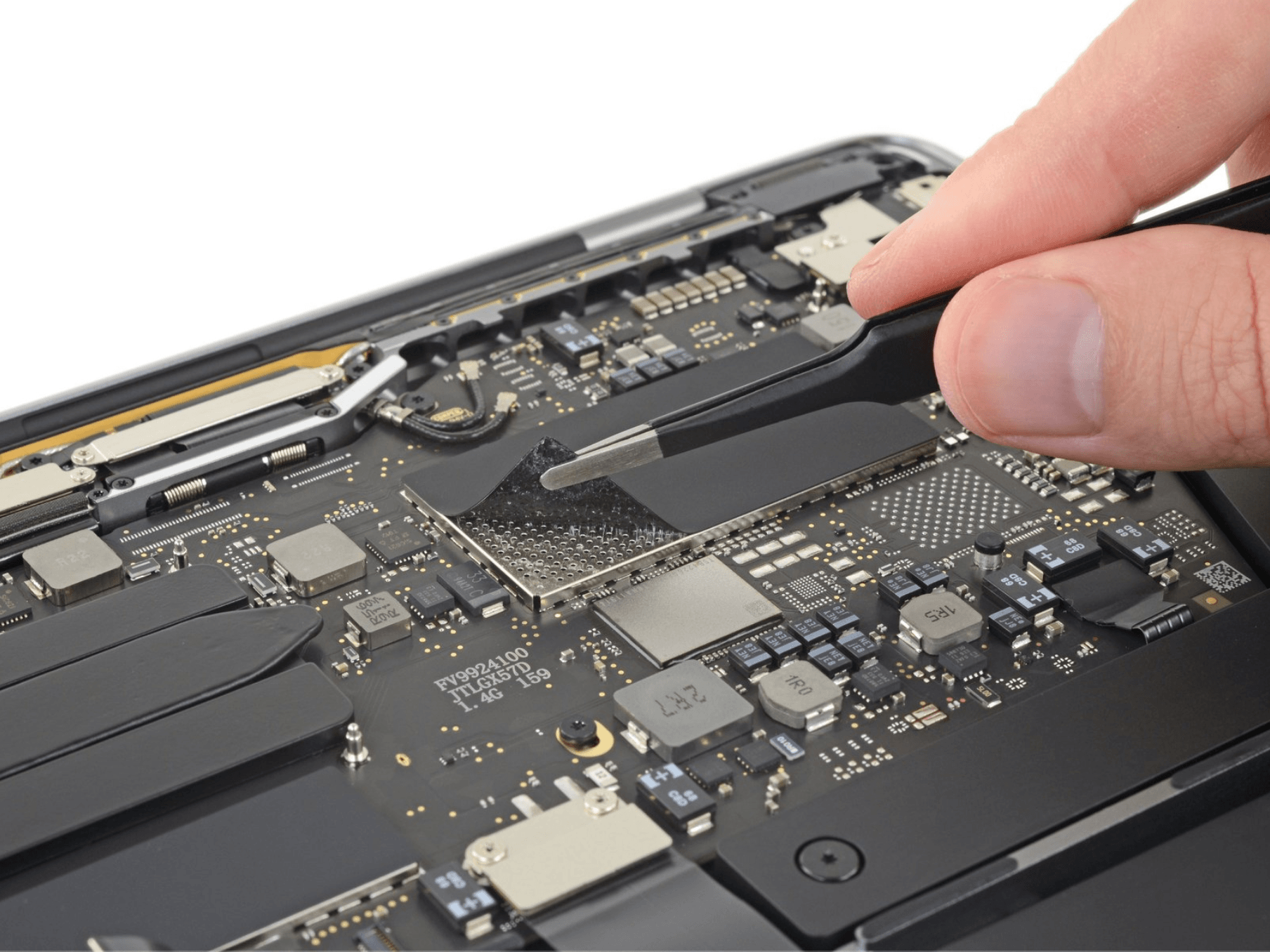 ifixit has taken a look at the new beginner Macbook Pro 2019: It resembles its predecessor a bit, but now also has a soldered SSD. 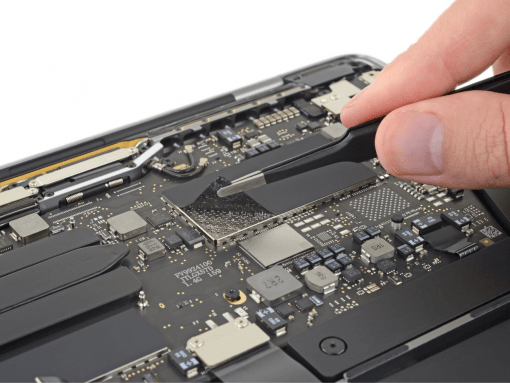 This means that a big advantage of the older model has been omitted: the pluggable SSD. Should this fail, the component could be replaced separately. As with all MacBooks, this is no longer possible. That’s not really sustainable. Here you can see all photos at ifixit.

Furthermore, the entry-level MacBook Pro has only one fan and a 15-watt CPU – so there’s still a difference to the better models with the more powerful cooling system consisting of two fans. Surprisingly, the battery is even slightly larger compared to the other models.

Due to the added Touch Bar in the entry-level model, Apple had to optimize the space a bit. For example, the loudspeakers are smaller and the heat sink is also a bit smaller. Only in this way was it apparently possible to accommodate everything in the unchanged enclosure. 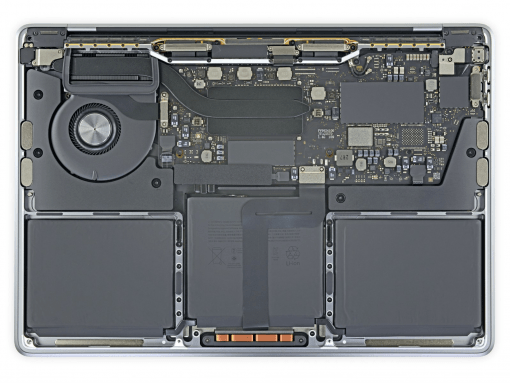 But there are also three positive things to report: The two Thunderbolt 3 ports are now on a separate circuit board – if they are worn or damaged they can be easily replaced. The trackpad can also be changed without removing the battery. Furthermore you get the fourth iteration of the Butterfly Keyboard with the new material. According to Apple, this will significantly increase reliability. Nevertheless, the model was directly included in the repair program for safety’s sake.