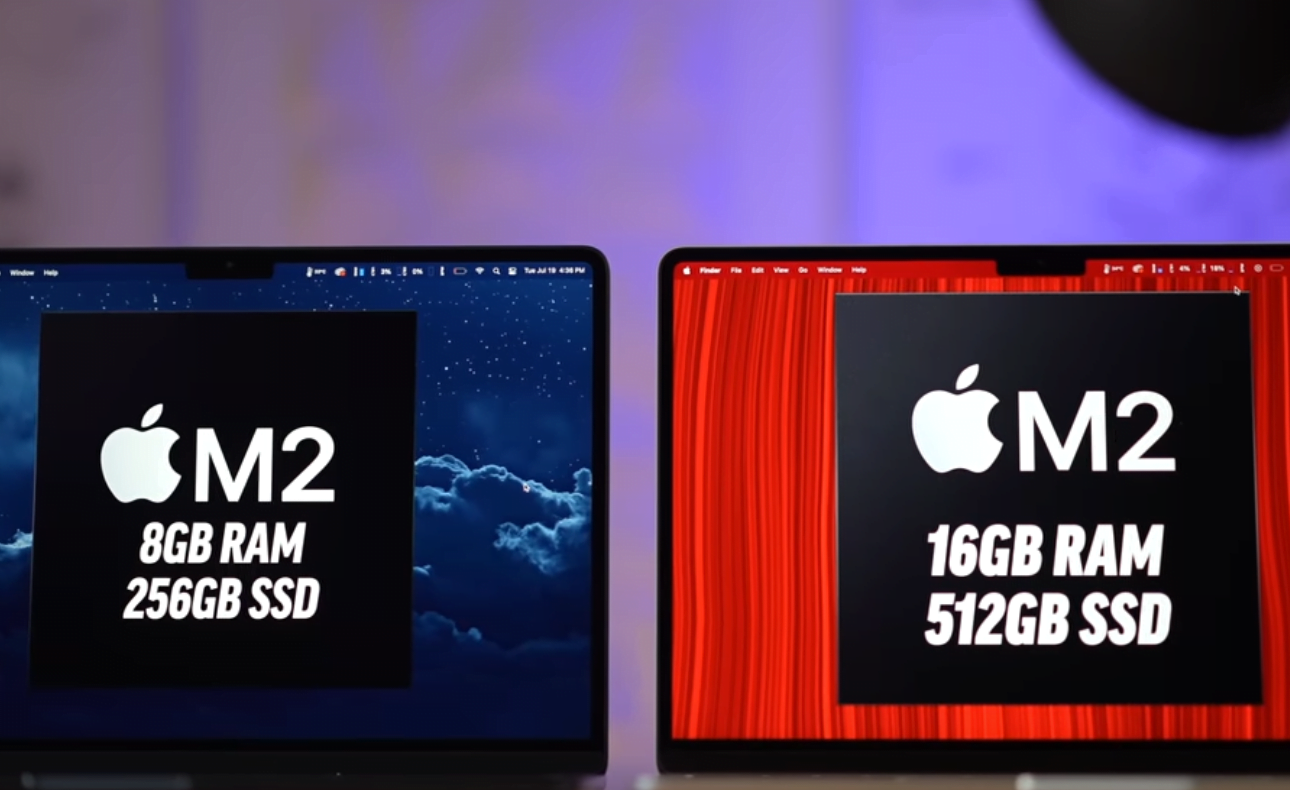 The result is amazing. It was already known that the basic SSD in the M2 MacBook Air is only half as fast as that in the older M1 model, but the effects in practice (also with the help of the larger RAM, of course) are serious. In the benchmarks performed, there is sometimes a factor of five or six between the devices. It seems that a large SSD is what really brings the MacBook Air M2 to life.

This leads to the assessment that a MacBook Air M1 is a better choice if you want the base model. The processor is not really slower, but the SSD is significantly faster. It is simply an unbeatable price/performance package at a reasonable price.

The M2 MacBook Air only really awakens in the better configuration. But if you need it, you can also take a look at the price of the 13″ MacBook Pro. Not an easy decision.

17. January 202317. January 2023
Manage Cookie Consent
We use only one analytics service if you agree (Pirsch in Germany).
Data will not be shared with anybody else.
Manage options Manage services Manage vendors Read more about these purposes
View preferences
{title} {title} {title}