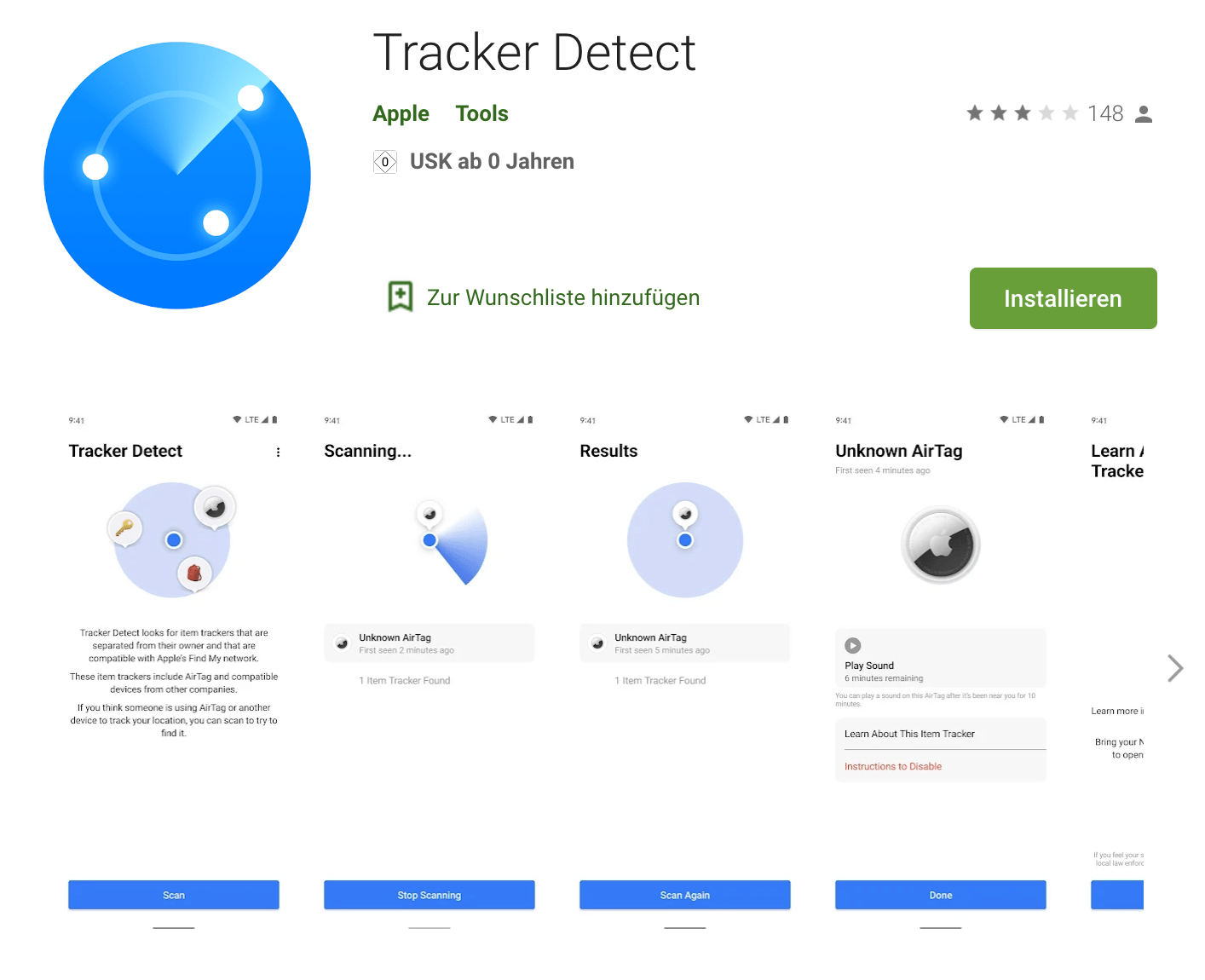 Now you can scan for AirTags with an Android device.

There is no question that AirTags are quite practical. However, the misuse of the small tracking devices is also on the rise.

Until now, it was only possible to find AirTags with Apple devices – so if an AirTag was in the range of an Android user, he had no way to scan for AirTags and could be monitored merrily.

From now on there is an official app from Apple for Android phones, which is simply called Tracker Detect. With this app, it is now also possible to scan for AirTags on Android (from version 9). However, as the mixed reviews show, there is a huge catch: The app cannot scan for AirTags in the background and then sound an alarm when a foreign AirTag is in your area like an iPhone does. Android users have to manually launch the app over and over again.

So the app falls into the “better than nothing.” category. However, Android users only really feel safe when the app is launched manually all the time.

How to create HomeKit From-To Automation on iOS?