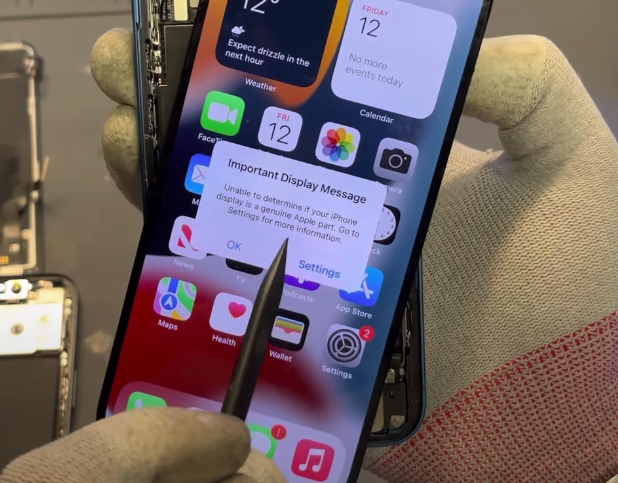 The display of the iPhone 13 can be replaced again without major restrictions.

Word quickly spread that Apple deactivated Face ID on the iPhone 13 when replacing the display – even if the other display was from an original iPhone. An unattractive setup.

However, Apple currently seems to think better of it. First, they announced that they would allow self-repair and even sell original replacement parts to private users. Secondly, the Face ID restriction is no longer present in iOS 15.2. The intentional disabling of the important function when changing the display no longer takes place.

iCorrect tried this out directly on YouTube and lo and behold: the Face ID function captures the user’s face without any grumbling. Only a small hint is displayed, indicating that the display might have been replaced.