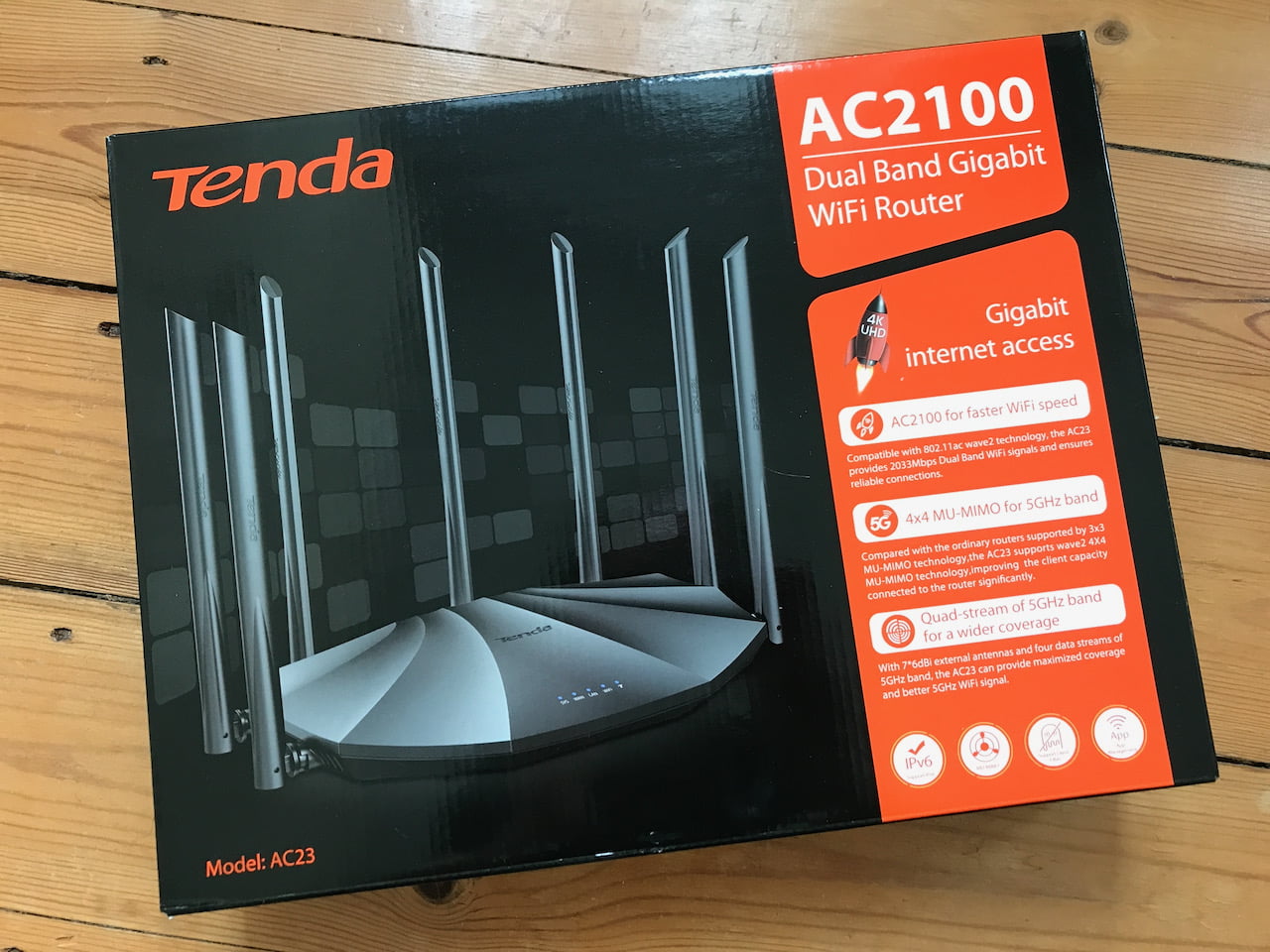 Tenda offers low-cost routers that are designed for ease of use. Here we test one of the larger models, the AC23, which claims to reach speeds of up to AC2100. Marketing again, or has Tenda set the right priorities?

To the test comes, as in previous tests, our 12″ MacBook for better comparability. With this it should be directly clear that we now have a client device with two antennas – but then what is a 4×4 MU-MIMO (in the 5 GHz range) router for? Well, current MacBooks usually only offer two antennas and the Multi User Multiple In Multiple Out technology does have advantages in everyday use. In the early days of WLAN, all devices had to share the bandwidth – if one radioed, the others were not connected and had to wait. 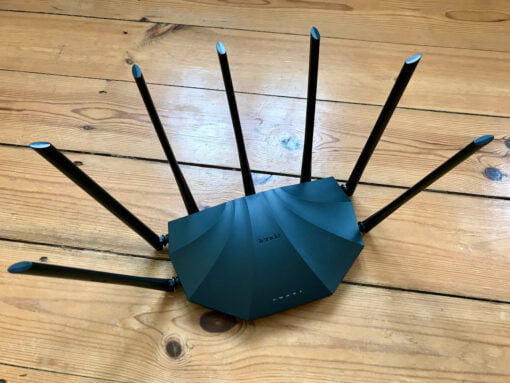 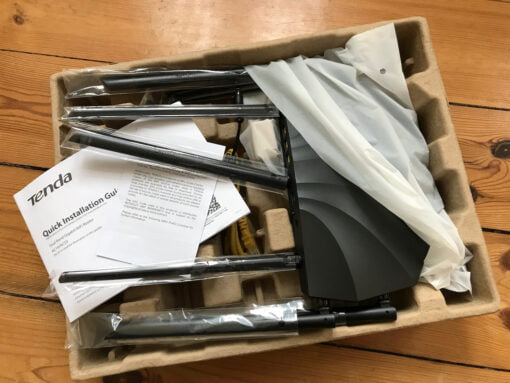 If a router is 4×4 capable, like the AC23, this means that it can supply four others simultaneously with its four antennas. Either four smartphones with one antenna each, two MacBooks with two antennas each or one WLAN device with four integrated antennas. In this way, several client devices can be supplied without having to share the data rate. This technology therefore has tangible advantages in use, without having to place value on maximum speed. The fact that the router brings seven antennas with it serves a better signal, logically it remains four streams.

First, the design catches the eye. It’s something different and not at all restrained, while also not as technically designed as an Asus router, for example. Together with the seven antennas, the device somehow reminds us of a circus tent. It is relatively large but quite light. It only heats up moderately in operation (we measured just over six watts in standby and over ten with a lot of WLAN traffic). 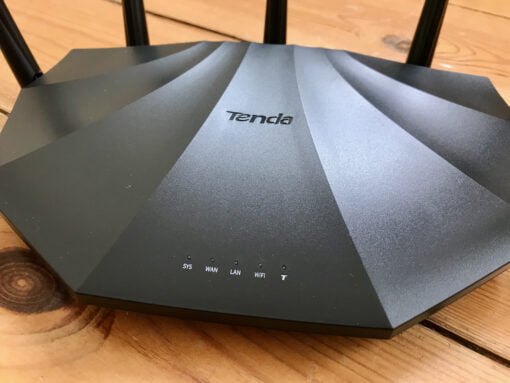 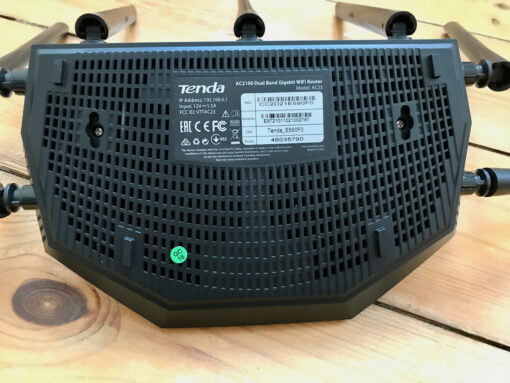 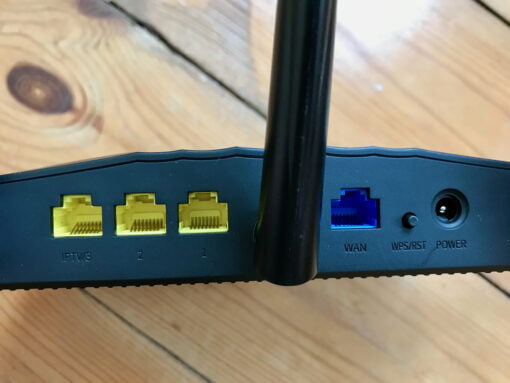 On the back, we find a WAN and three LAN ports, all Gigabit, one LAN of which is marked for IPTV (IGMP). So if you want to use this feature and turn it on on the user interface, the receiver is to be connected here. There is no USB port.

The user interface of the Tenda devices is simply pleasant

The setup is surprisingly simple. After powering on, you connect to the spanned WLAN and go through the settings wizard. The wizard asks for the connection type and WLAN password, and you’re ready to go. During the first run, we had to manually add a DNS server, but that might have been because we had set it up as a second router behind the real one. For this operating mode, there is also a separate operating mode, namely Access Point. With this, the Tenda AC23 simply transmits and leaves address assignment etc. to the actual router. Nevertheless, it remains accessible under its own IP via browser. Very practical. This operating mode should come into consideration for many, since good routers often become access points to complement the provider’s device. This worked excellently in our test. 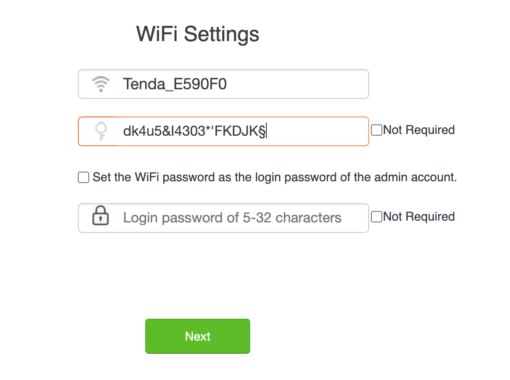 The user interface is very well structured and the settings are almost self-explanatory. In some places it is even easier than with a FritzBox. It seems that there is also a reason for this: not too many configuration settings. For example, there is only PPTP as an outdated VPN variant. 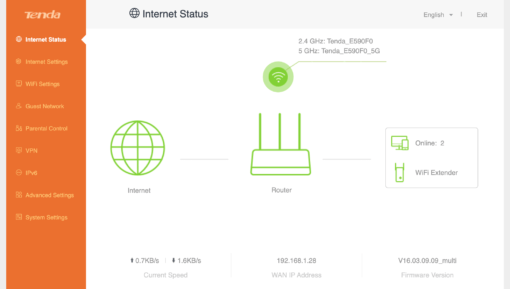 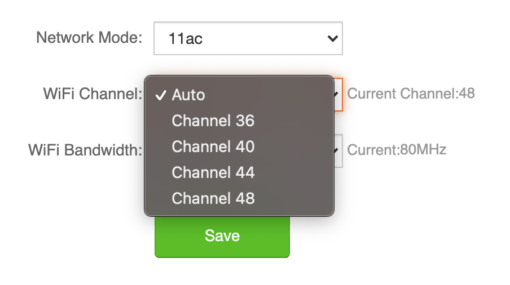 But if you look closely, you will find the things that are important for everyday use, e.g. IPv6 support (which worked flawlessly in access point mode). VLAN tags for the connection to the provider (e.g. 7 for Telekom). Then you can separate the 2.4 GHz and the 5 GHz network and select the channels (limited for the 5 GHz variants). Also port sharing (under the name Virtual Server) is possible, bandwidth control, MAC filter and DDNS (with the providers no-ip.com, dyndns.org, 88ip.cn, oray.com). There is also the option to create a guest network and set up parental controls, where you can restrict internet time and block or allow certain sites. 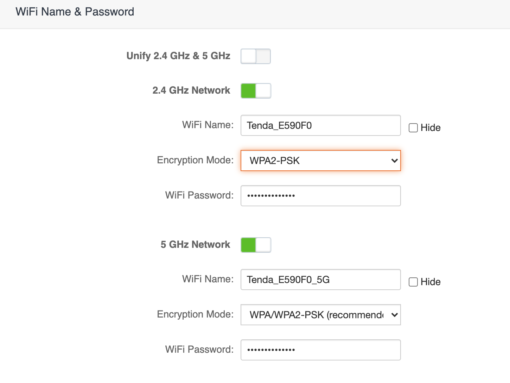 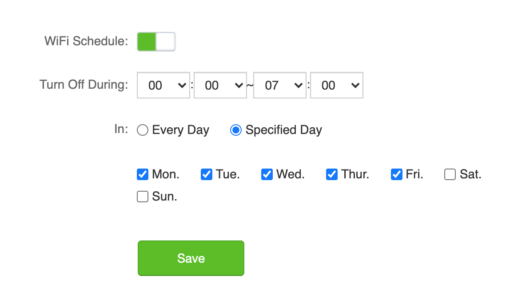 Many settings can also be made via the app (even switching off the LEDs). This also works without cloud registration for now. Except for the Access Point mode, where the app is disabled. Since the configuration of the router is probably only done once in this case, this is not a problem. Per browser, the router can always be reached via tendawifi.com, provided that the connection runs through the device.

Of course, it is now particularly interesting to see whether the many antennas actually have an effect on the radio characteristics of the Broadcom chip-based router. As usual, we measured near the router and two walls away, where nearly nothing came through anymore from the old AirPort Extreme. We had already tested the MW3 mesh set from Tenda and were thrilled by its performance through the two strongly dampening walls. 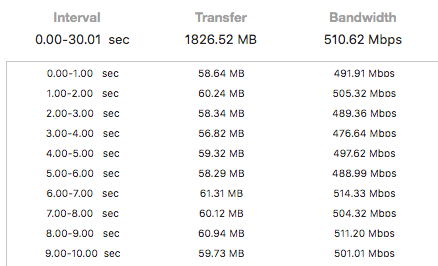 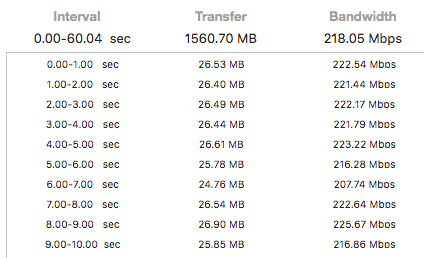 But now for the AC23: In the same room with the router, the transmission speed was around 60 megabytes per second. The 500 Mbit/s represents the net achievable data rate of the 867 Mbit in practice. So no surprises and tested two rooms further. And lo and behold: the antennas are not just for decoration. The data rates are significantly lower, but hold up well. We were able to reach over 200 Mbit/s – decent copying actions are still possible at around 25 MB/s. Even in the 2.4 GHz network, the performance was good: around 55 Mbit/s, i.e. between 6 and 7 megabytes, is already very good. What was noticeable was that the data rate fluctuates quite a bit at the beginning. Apparently, the router first has to get used to the wireless situation and align the beamforming correctly. Then the transmissions are quite stable, apart from the usual fluctuations in WLAN. 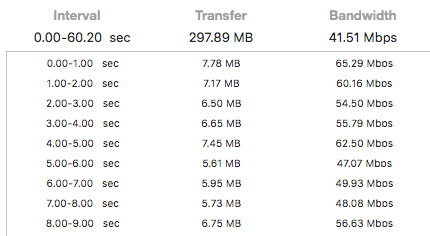 So, let’s note: in the same room, the AC23 is as fast as the AirPort Extreme, just at the maximum. Two rooms away, it is three to four times faster than the MW3 mesh system and ten times faster than the old AirPort. But wallowing in the past is useless, so we do a current test: FaceTime with the iPhone while walking through the apartment. The iPhone drops out of some routers and falls back to LTE. Not so with the Tenda: there is enough signal everywhere, so that you can now greet his counterpart from anywhere in the apartment via video call.

Conclusion: reduced to the essentials – plus great usability

To make one thing clear: whoever is looking for a router with an extreme amount of adjusting screws should rather reach for a Mikrotik, Asus, DrayTek. Between the mentioned and the Tenda is the FritzBox. 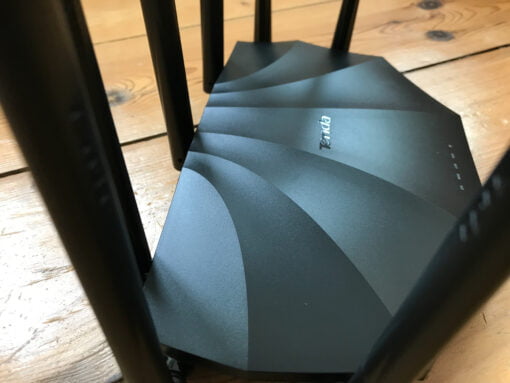 However, for all those who are looking for good wireless properties at a fair price and also value a good operating app for settings that need to be made from time to time, the Tenda is exactly the right choice for this target group. The focus is clearly on usability and good wireless properties. Professional options like OpenVPN or IPSec are missing, as is a USB port or the sprawling settings jungle of a Mikrotik. But Tenda has managed to keep the essential settings: Port sharing, wireless network separation, DDNS. This makes it by no means a professional device, but a mature device that can provide the services to allow access to a Synology if needed. Especially as an access point, which should only be used for wireless, a good choice for many users or larger areas. 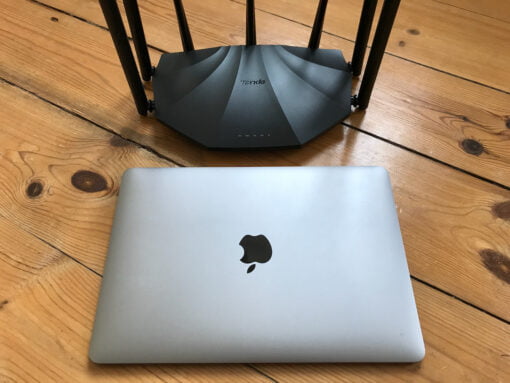 Mesh systems are currently hip. But then you have something in several rooms and also several power consumers. For some radio situations, such as a larger apartment, AC23 can probably be sufficient in many cases. The many antennas and the 4×4 MU-MIMO technology can both supply many devices at the same time and also provide a good penetration of the walls and coverage of a fairly large area. 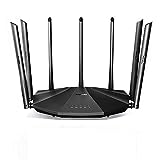 Last updated on 10. May 2021 at 16:56 - Image source: Amazon Affiliate Program. All statements without guarantee.

The router was provided to us free of charge by Tenda for testing. 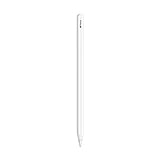