The abbreviation for a local area network is LAN. With proper configuration, all devices can communicate with each other in such a network.

This is handy to share music or photos, but maybe you would like to connect a device that should not have access to certain devices. So you want to use the existing real cable, but separate the accessibility between the devices. So a network attached storage (NAS) can be on the same network that contains important data, but only certain people can access it.

The solution is a VLAN: Instead of installing new cables for every new network (which would be quite uncool), a VLAN divides the logical structure in virtual networks – the V stands for the virtual part. With that you can logically separate and isolate different networks from each other while they still share the same physical cable.

And how do you do that? Data in networks are usually sent in packet form. If you want to send a photo over the net to another computer, it will be hacked into many small data packets and later simply put back together.

These data packets can now be marked so that they know exactly which virtual LAN they belong to. So packets with the VLAN tag 1 can only be read and received by the computers that have been granted access to this VLAN 1. All other computers, which are also on the same network, but which have been denied this access, can not read the packages. This significantly increases safety without entailing more complex cabling.

You can use VLANs not only for security but also for prioritization. For example, in applications such as voice-over-IP telephony it is necessary for the data to reach the speakers immediately and without delay. The human brain is so fast that even delays of a few hundred milliseconds are noticeable and annoying. Therefore, one prefers these data streams on the Internet and delivers them ahead of all others. Some providers therefore direct the traffic from and to you also via VLANs. You have normally one connection, a simple copper line. On the logical level, Internet traffic is then packed into a VLAN, telephony in one and television in another. So if you are on the phone, your modem and the provider tech know exactly: ah, traffic in the VLAN for telephony, this has to be preferred! A practical thing.

What do I need it for in real life?

On the one hand, you can build virtual networks and share data among the people you trust.

On the other hand, it is good that you know what VLANs are now. This comes in handy if you get a new router and your provider uses VLANs. 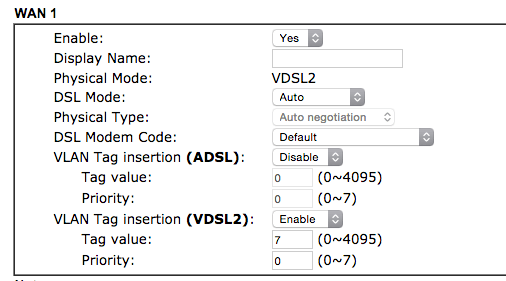