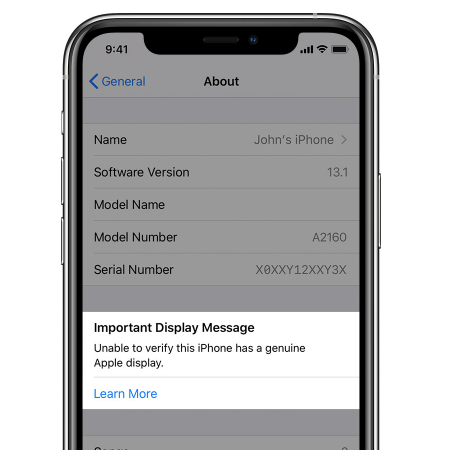 If you have had your display repaired by a third-party provider, iOS will now inform you about this on newer iPhones. 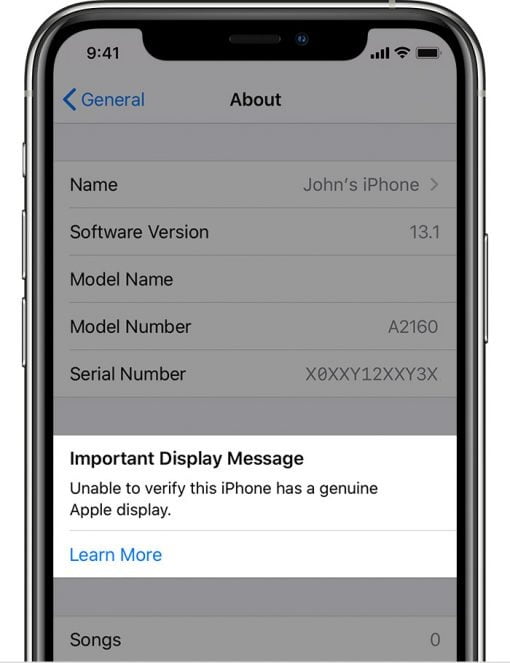 In addition to Apple (and Apple-authorized repair shops in the future), there are independent repair shops that can repair the display of your iPhone. However, they do not have access to original display assemblies (with the exception of certified repair shops).

From now on, starting with the iPhone 11 series, your iPhone will report if it has not received an original spare part. A message is available four days in the control center, 15 days in the settings and then in Settings > General > About.

Apple is of the opinion that this has to be done because there are of course many different qualities of replicated displays. There are some that are as good as the original, some glow weaker, others have problems with the touch screen. The message per se doesn’t mean that the display doesn’t work (in the iPhone, of course if it’s of poor quality it might have some problems), you’re just pointed out.

A simple notice if an original display is installed, no intentional restriction of the function.

What seems to be a bit of a gooseneck, however, is rather advantageous: on an (later) old iPhone it might be enough to simply install a cheaper and somewhat worse display to keep the device alive. You know you’re saving money and the message will tell you again. Completely ok.

But it is important if you decide not to have the display repaired by Apple or an authorized service provider: If you are promised an original part, you can directly determine whether this is the case. Or if you got another part. If you agreed to a third party part at the beginning it is ok – but the difference in quality should at least be reflected in the price. So now you have a tool to check the originality of your displays.

For older series, i.e. Xs and older, this function does not apply.