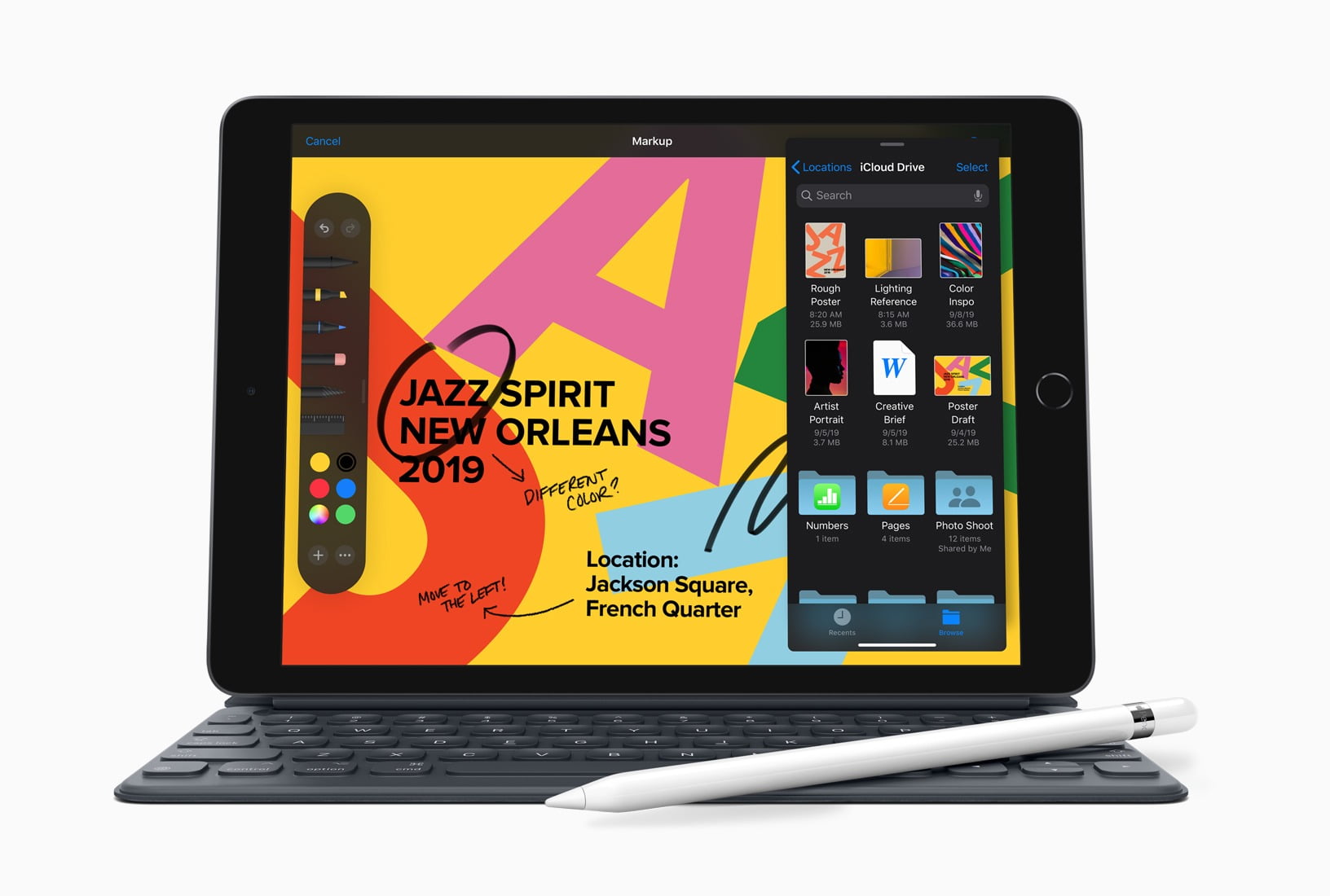 In September 2016, the iPhone 7 came onto the market – without a headphone jack and with a lot of attention. It is no longer sold after presentation of the iPhone 11, but its technical basis lives on in the new seventh-generation iPad. 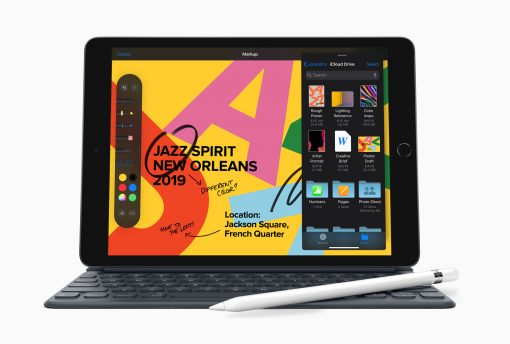 So if you’ve always wondered if you’re really missing something if you haven’t updated a three-year-old iPhone 7, and if there’s been any necessary enhancements in the meantime, you can now say: no. If you are satisfied with the normal usage scenarios that is- for which the iPad of the 7th generation is intended.

In principle, Apple has simply equipped the iPhone 7 with an 8 megapixel camera instead of a 12 megapixel version and inflated the display to 10.2″: they have turned an old iPhone into a new iPad. The base is exactly the same: both use the A10 chip as the main processor (there is no X variant in the iPad that has more cores like in some iPad Pros). The RAM size is 3 GB instead of 2 GB which allows for a longer period of software updates. So it’s the technical basis that was introduced three years ago with the iPhone 7 and is now offered with more RAM as a new iPad. Currently the A13 chip is state of the art.

Apple has taken the iPhone 7
and simply made into an iPad 7.

But that’s not a bad thing: the iPhone 7 is still very fast after all and the low price Apple asks for the entry level iPad is very fair. However, it has to be said that Apple, although the hardware is actually quite powerful, limits the capabilities of the 10.3″ iPad in terms of video recording: the iPhone 7 with the same processor is able to record 4K video at 30 fps and slow motion video at 1080p with 120 frames per second. The iPad can only record a maximum of 1080p videos at 30 fps and slow motion video in 720p with 120 fps. This should probably keep the distance to the better models.

So anyone who has already been a fan of the iPhone 7 and is looking for a new, inexpensive iPad and can do without the most powerful technology can reach for the reincarnation of the iPhone 7: the iPad 7.