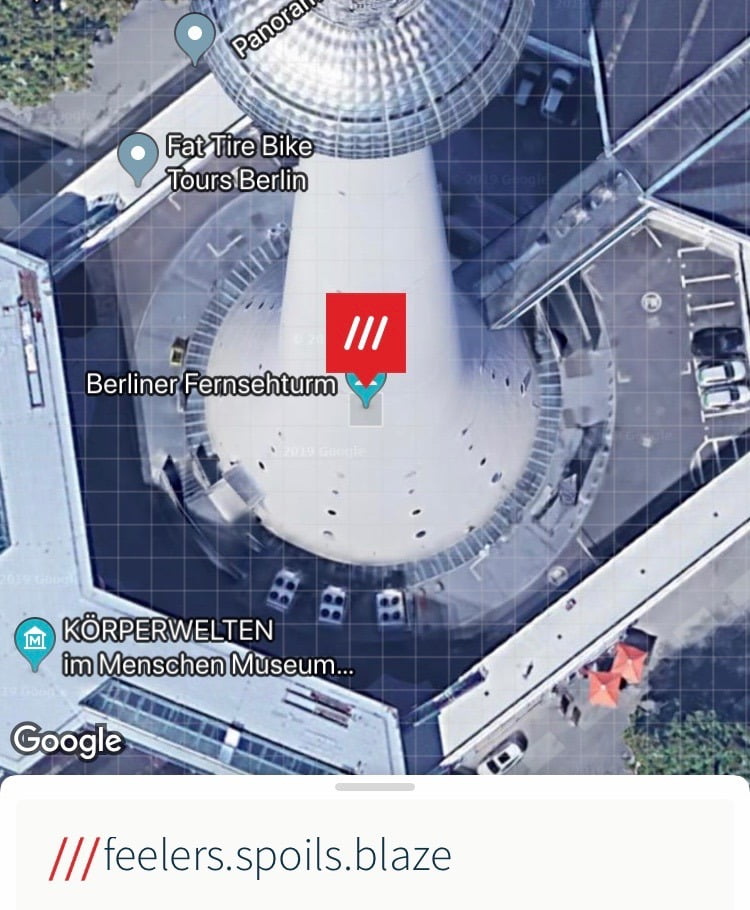 Have you ever sent geocoordinates to meet somewhere? Probably not, because it’s too awkward. There is a solution for that: location information that simply consists of three words.

The location of the Berlin TV tower, whose geocoordinates are 52°32’15.0″ North and 13°24’33.9″ East, can be remembered more easily with “feelers.spoils.blaze”. Sounds strange? Let’s do the test directly: can you remember the coordinates or the words? Exactly. 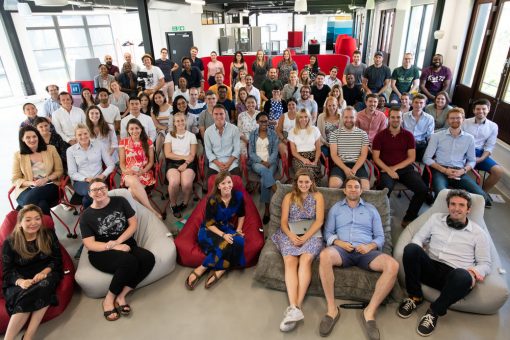 The service behind it is called what3words. Founded by Chris Sheldrick, a musician. The story goes that there were always problems finding the right place and entrance for a gig, because most addresses stop with the house number.

This brings us to the usefulness of the system: you might think that there are already enough local information systems: the mentioned geocoordinates, street addresses, northern or southern hemisphere. In addition, the television tower in Berlin should be easy to find. That’s true. But the advantages are quite different. 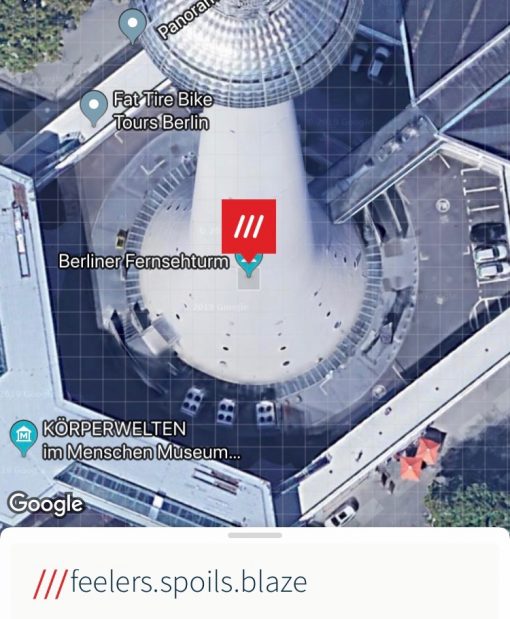 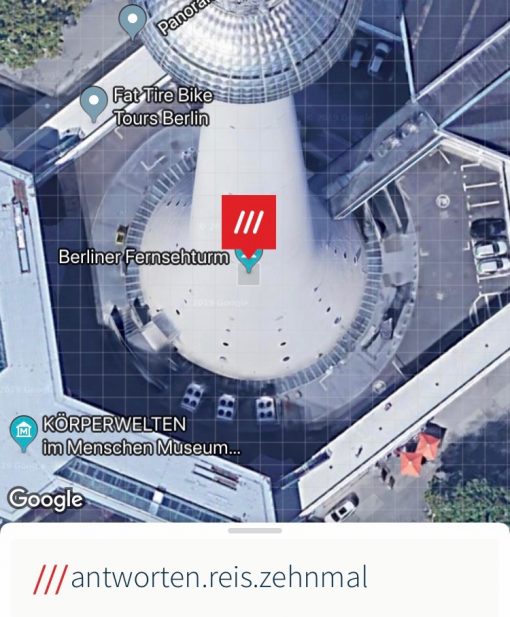 On the one hand nobody types the geocoordinates into his navigation device (unless the person is perhaps a pilot). Secondly, the street address system stops where it becomes interesting: at the house number. Who lives in Berlin or another big city will have noticed how difficult it is to describe the entrance to first visitors: second backyard, staircase right, side wing, but not the first door! what3words has now simply divided the whole earth into 3x3 meter squares and describes them simply with randomly thrown together three words of the respective national language (and no, the nasty words were filtered out, so it won’t be that funny). So now you are able to mark your entrance door in the right backyard with three words. To answer the second upcoming question: no, the place names cannot be translated word for word, because the languages are too different. So the Berlin TV tower is in German under “antworten.reis.zehnmal” and in English under “feelers.spoils.blaze”. Needless to say, the what3words app supports all languages if you communicate with people from all over the world.

But this does not only make sense for Berlin housing conditions. There are countries where there is no (mature) address system at all. So what3word makes navigation much easier. But also in industrial countries there are further advantages: One finds oneself better with the picnic at the lake and afterwards you can actually find your car again. Before it was like this: 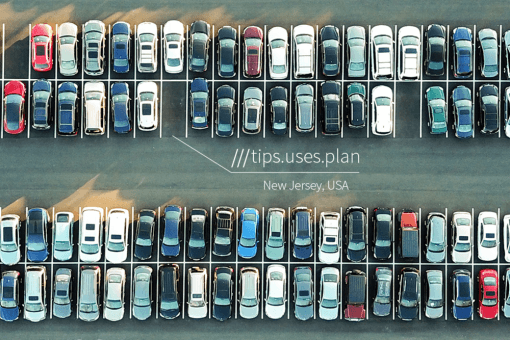 The company has also made its way into the mainstream and is already working with its own partners, including Mercedes. The navigation system of the new A-Class already understands the what3words coordinates, for example. The restriction that the navigation leads you to the backyards requires you to think for yourself, because the normal road maps are simply combined with the areas that can only be reached on foot, but at least a start. 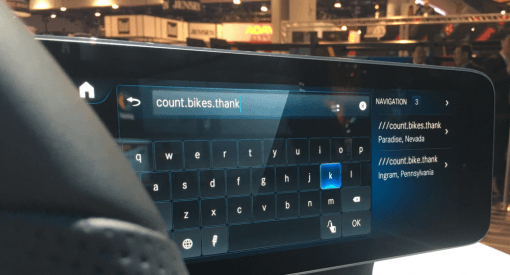 So if you don’t believe how amazingly easy navigation can get and that you missed a completely new way to navigate, just download the app here. See you at ///feelers.spoils.blaze.

Using an old Mac as a second display on your MacBook

Encrypt Data Before Uploading it to the Cloud with Crytomator