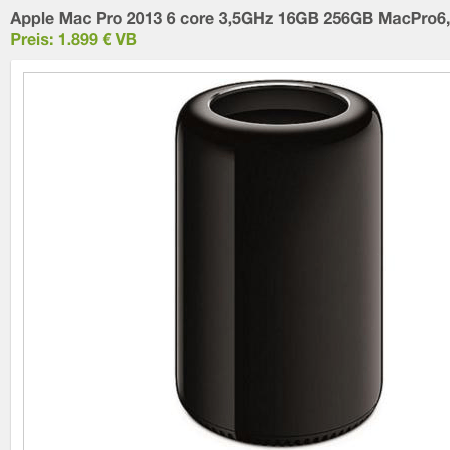 Are you thinking of buying a Mac mini 2018? Have you ever thought about a used Mac Pro?

One thing is for sure: If you need a real graphics machine and have a budget of around 8000 Euros, then you’ll buy an iMac Pro anyway. And for those who want a good 5K display but don’t spend that much, an iMac is the right choice. 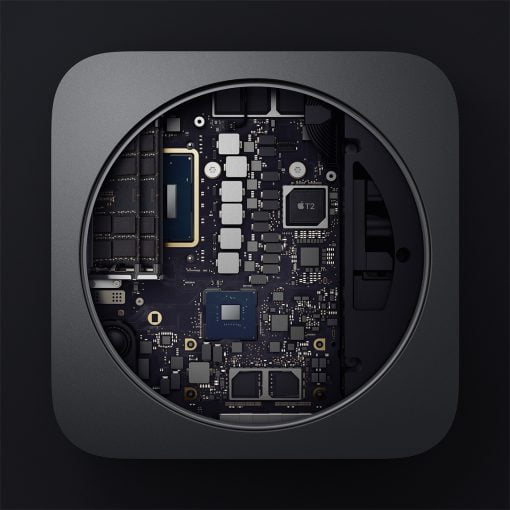 But if you have other needs and might want to use a 32-inch display or a widescreen display, you’ll need either a Mac Pro or a Mac mini. Now the Mac Pro costs between 3400 and 4600 Euros in the respective basic configurations, which makes a comparison with the Mac mini actually impossible (although we currently advise against buying the Pro again anyway). But not if we look at used Mac Pros: as the device has been sold almost unchanged since 2013, there are very good machines on the used market. And that brings the two devices closer together: a very expensive Mac Pro that becomes affordable when used and a cheap Mac mini that is very expensive to upgrade. And that’s where they both meet. 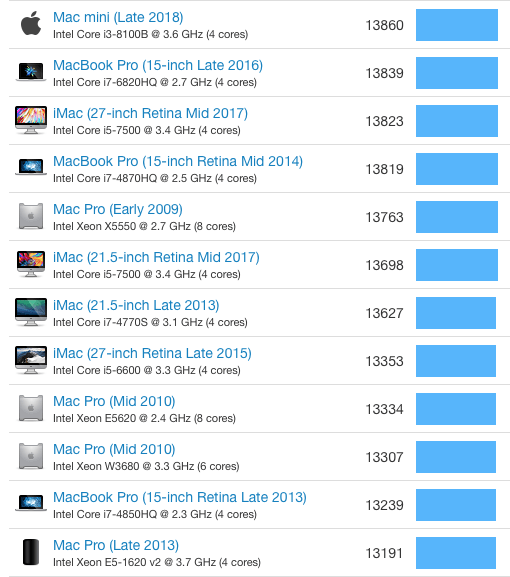 We picked two configurations: First of all both computers in the quad-core version. That would be a Core i3 with 3.6 GHz for the Mac mini and a Xeon E5 with 3.7 GHz for the Mac Pro. The performance is almost the same with both in the multi core benchmark, in the single core benchmark the mini is somewhat faster. Equipped with 32 GB RAM and a 1 TB SSD, the price difference between the two is 600 euros – in favor of the pre-owned Mac Pro. Of course, it should be noted that this is a snapshot, and it depends on the respective configurations and offers. But we just wanted to show that a used Pro is on the same performance and price level as a well-equipped Mac mini. 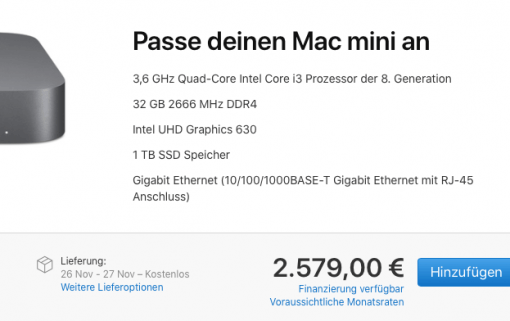 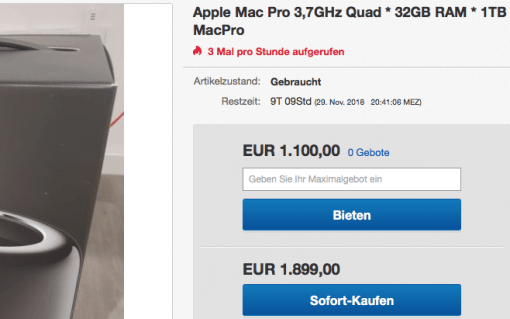 If you take the 6 core variants of the two models for a comparison (also with 32 GB RAM and 1 TB SSD), the price difference is still almost 300 Euros. Whereby the Mac Pro has to admit defeat to the mini. Only the 8 core version is faster again. 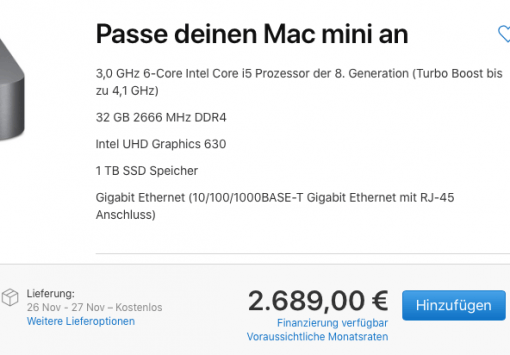 But what else is there to watch out for? A huge advantage of the Mac Pro is that it comes with two real graphics cards, the Mac mini has only one integrated Intel graphics. The FirePro in the Mac Pro are already showing their age and are of course slower than current models, but they are still very powerful and on a high level – and simply available. The mini can’t do anything about this and is dependent on an external GPU for graphics-intensive applications, which you can then add to the price. 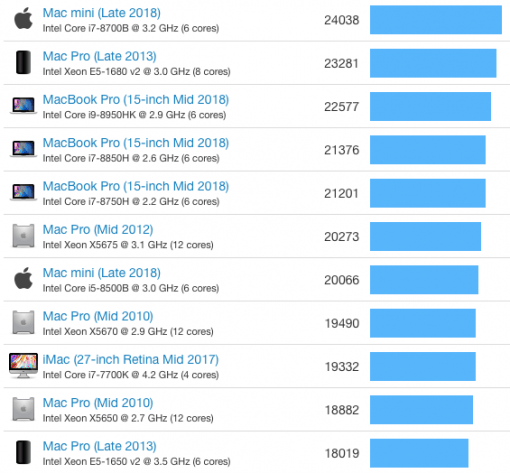 But unfortunately, the Mac Pro doesn’t only have advantages: first, the power consumption under full load of 450 watts is significantly higher than the 85 watts of the mini (but don’t forget the eGPU!), the more than 40 watts in idle are not so bad, but also significantly more than the 8 watts of the Mac mini. Moreover, the Mac Pro only comes with Thunderbolt 2 ports and that has a disadvantage: You can’t connect 5K with one cable, the older interface is just not powerful enough. So if you want 5K, you’ll have to get a used 5K monitor with dual cable support or a very good 4K monitor, such as this 32″ from Eizo.

And another thing speaks for the newer Mac mini: It can encode the video codec HEVC via hardware, which accelerates this process by a factor of 20-30. So if you value it, that’s a factor to consider.

A used Mac Pro becomes a good everyday Mac due to its price.

So what to do? The Mac mini is a good offer if you don’t upgrade it (except the CPU) and plug in bigger RAM modules by yourself and everything else externally. Also, you have to be aware that graphics-intensive tasks are not its thing without eGPU. The Mac Pro, on the other hand, is a bit outdated, but can still keep up in terms of performance. So when you are in the market, you simply have a device with a different philosophy as an alternative. If a 4K monitor is enough and HEVC video editing is only done from time to time, the Pro is still a brilliant machine.

Especially the fact that you can get a model with good specs at a good price makes the Pro interesting as a mainstream computer for normal people who are looking for an alternative to the iMac with its built-in screen. But also if you want to equip a new iMac with 1TB of SSD, compare the Mac Pro and a good 4K monitor as a possible alternative.