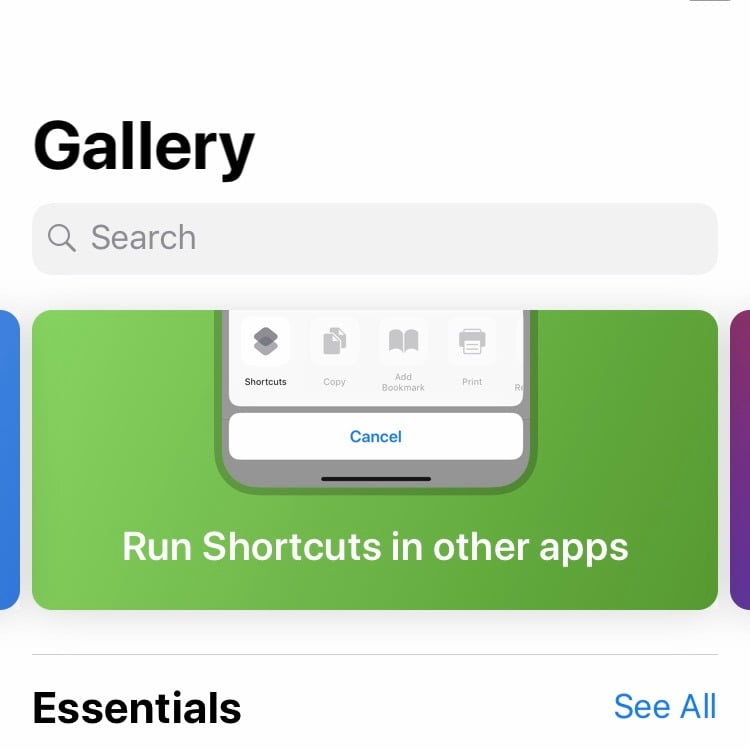 With iOS 12 Apple has introduced the possibility to execute Siri shortcuts. There are two ways to do this, but the system can still use some fine-tuning. 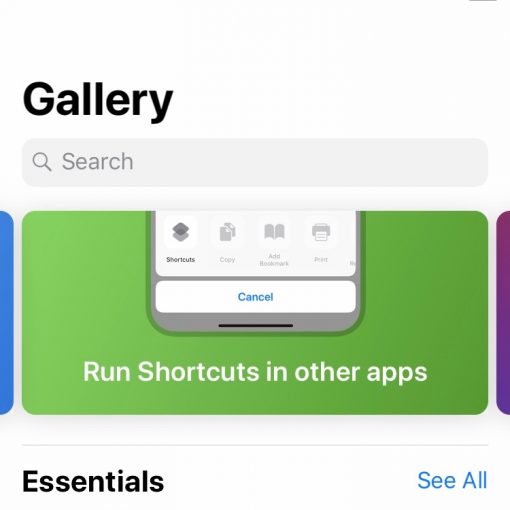 How to: How do Siri shortcuts work in iOS 12?

First you can set shortcuts directly in Settings > Siri. Shortcut means that the system suggests an action, e.g. send a message to someone and you can then specify a voice command for it. In principle, you only store a voice recording for this command, so that the whole command does not have to run through Siri (i.e. the interpretation level). Therefore, the recording is simply compared. This is less intelligent but also less error-prone. 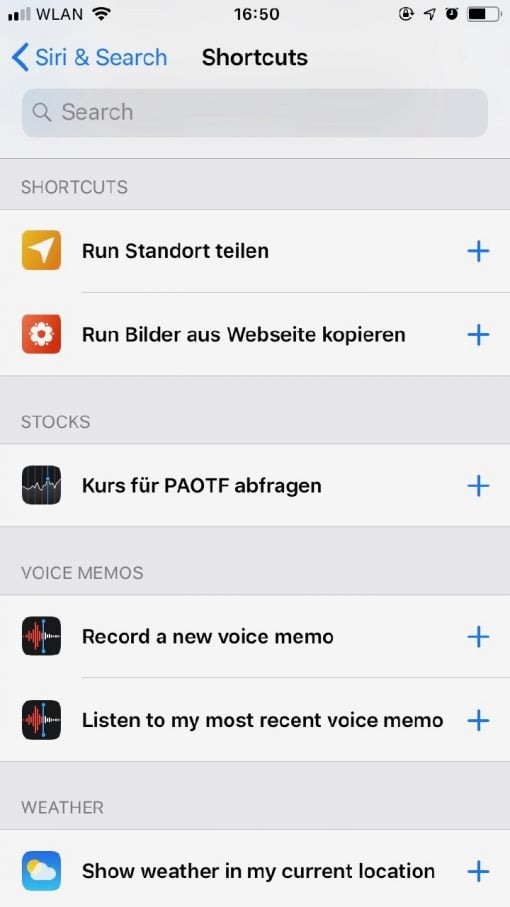 If you want to set up a shortcut, you can use the shortcuts suggested by the system or, if you are looking for something else, go to All shortcuts > Show all. The catch, however, is that not all options are listed. Let’s take the phone as an example: three names are suggested. However, the desired name is not included. Under “Show all” more names will be listed, but not all (as with maybe 200 names). The problem now is that there is no possibility to find the name you are looking for or to edit the suggestions (we already decided for Siri, then the phone function and only want to change the name). So you have to remember exactly that you just called a person for whom you want to create a shortcut, so that this person is still listed in the Siri settings. This is suboptimal.

With the iOS 12 shortcuts App you can create workflows

The first part refers to the Siri voice commands, the second possible way are shortcuts by keystroke. These are available in a separate app. With this app, chains of commands can be assembled according to one’s own wishes. There are also many commands ready to use. Among other things also the possibility to call people directly. Now one could get the idea to use exactly this command to configure the person who could not be found in Settings > Siri > All shortcuts > Phone. Fortunately, Apple also connects both environments. The shortcuts built in the shortcut app reappear in Settings > Siri > All Shortcuts > Shortcuts. That’s the connection, so to speak. 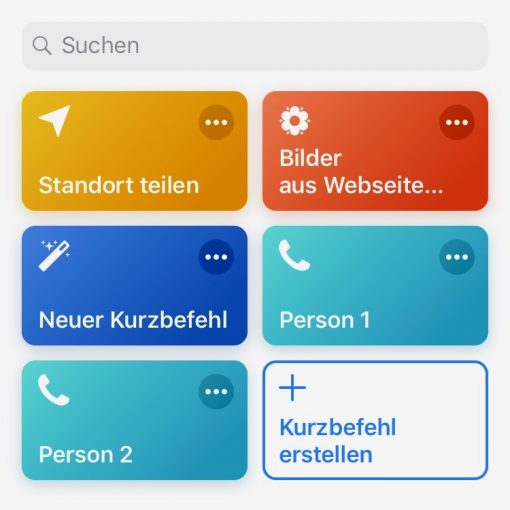 Well, so in the shortcuts app we’re tinkering with the already preconfigured action “Speed dial”, where only the desired person has to be selected, a create a corresponding shortcut. We do this for two people and also name the shortcuts differently (Person 1 and Person 2). Now from the app back to the settings to define the voice commands for the two options. Unfortunately it becomes absurd now: Only one shortcut is displayed, but. In addition, it is not clear which one. Not really thought through.

All right, maybe too much for such a new system. Let’s pick a simple action from the shortcuts list: “Send location”. This is always practical. Desired application case: “Where are you? > Shortcut widget tapped and done. Unfortunately, this only works if you unlock the phone first, otherwise you get an error message. iOS doesn’t even ask if it should unlock the screen. That’s probably also a small bug, but the bottom line is that the shortcuts are still too complicated for the average user. 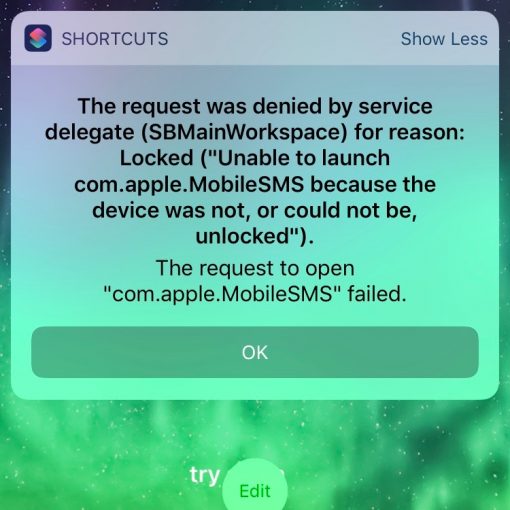 Preconfigured actions sorted by app would be easier

It would have made more sense to suggest possible actions for each app and then only let them edit a few things. Many might already be overwhelmed to create an appropriate workflow and select the right scripts, then find the whole thing again in settings and then assign a voice command there (why can’t you actually say “shortcut person 1”? The name of the shortcut should be known to Siri). It would be more practical for the end user if the best actions were already available for each app (i.e. calling a person for the phone – then quickly select a name and record a voice message and that’s it). So the shortcuts are a good idea and quite practical for opening websites, for example. But regarding the usability for the normal user there is still a lot of room for improvement.