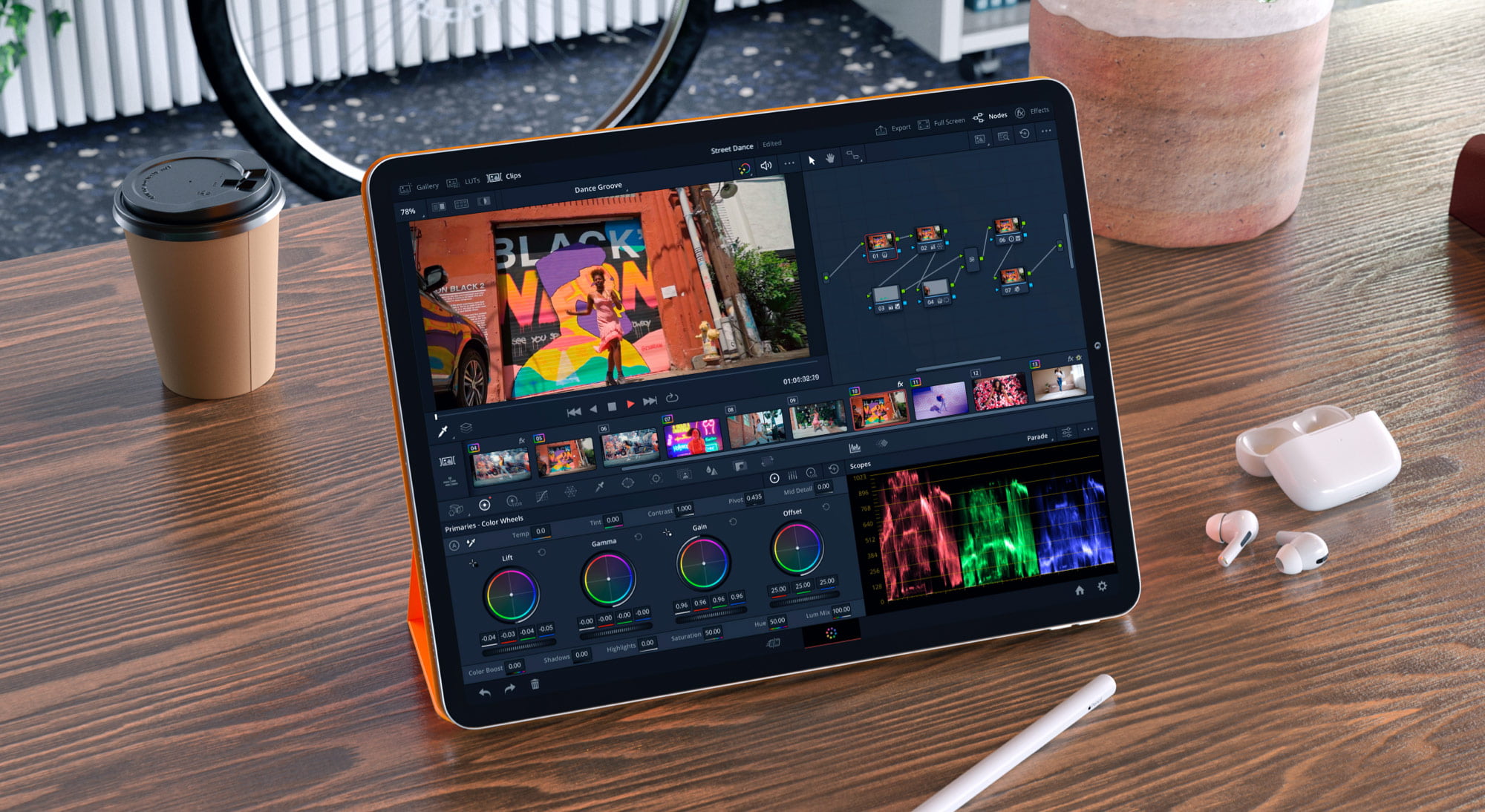 Professional video editing on the iPad.

Anyone who likes to do video editing on the iPad will have missed professional software. DaVinci Resolve for the iPad can now be downloaded. The basic version is free, the studio version can be purchased with a one-time in-app purchase – similar to the desktop version.

DaVincie Resolve has a good reputation and is probably the most comprehensive video editing software for the iPad. Since Apple never brought Final Cut Pro to the iPad, one could fear that Apple will also completely discontinue its own video editing program, as it did with the photo management software Aperture back then. It remains to be seen whether this will really happen or whether Apple Final Cut Pro is simply reserved for the Mac.

DaVinci Resolve for the iPad – and also the Mac – is already very usable software in the basic version.

HomePod mini does not work: reset