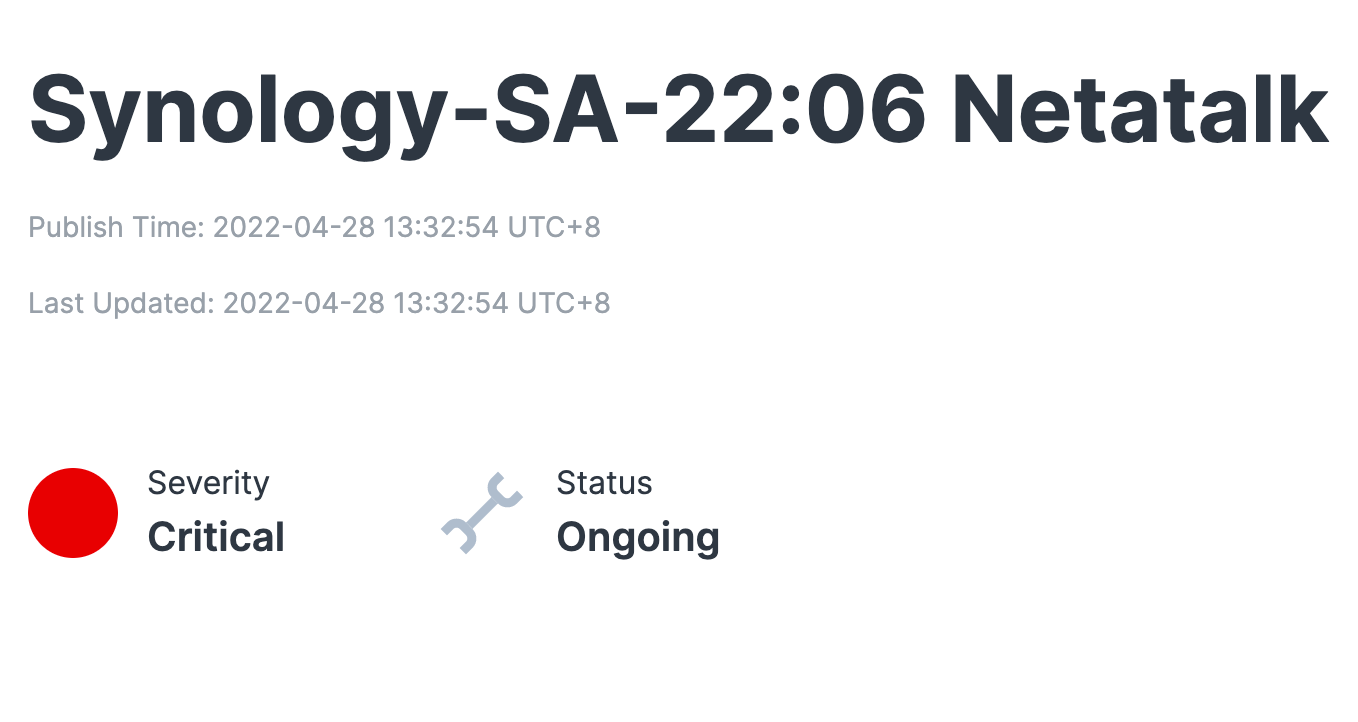 If you don’t use SMB to connect to your Synology or Qnap NAS but still rely on AFP (or the open variant Netatalk as used by Synology and Qnap), then you are currently affected by several security vulnerabilities of this protocol.

As Synology and Qnap report both companies are already working on solutions in this area, users of Synology NAS can already install an updated version of the Disk Station Manager software. The version that fixes the problem is called 7.1-42661. On many machines, however, this can only be installed manually. This will happen automatically in the near future with version 7.1-42661 Update 1, which brings the same fixes.

This version has another advantage for Apple users: with some Synology devices it was not possible to move data from the Finder to the DSM. This should now be possible again.