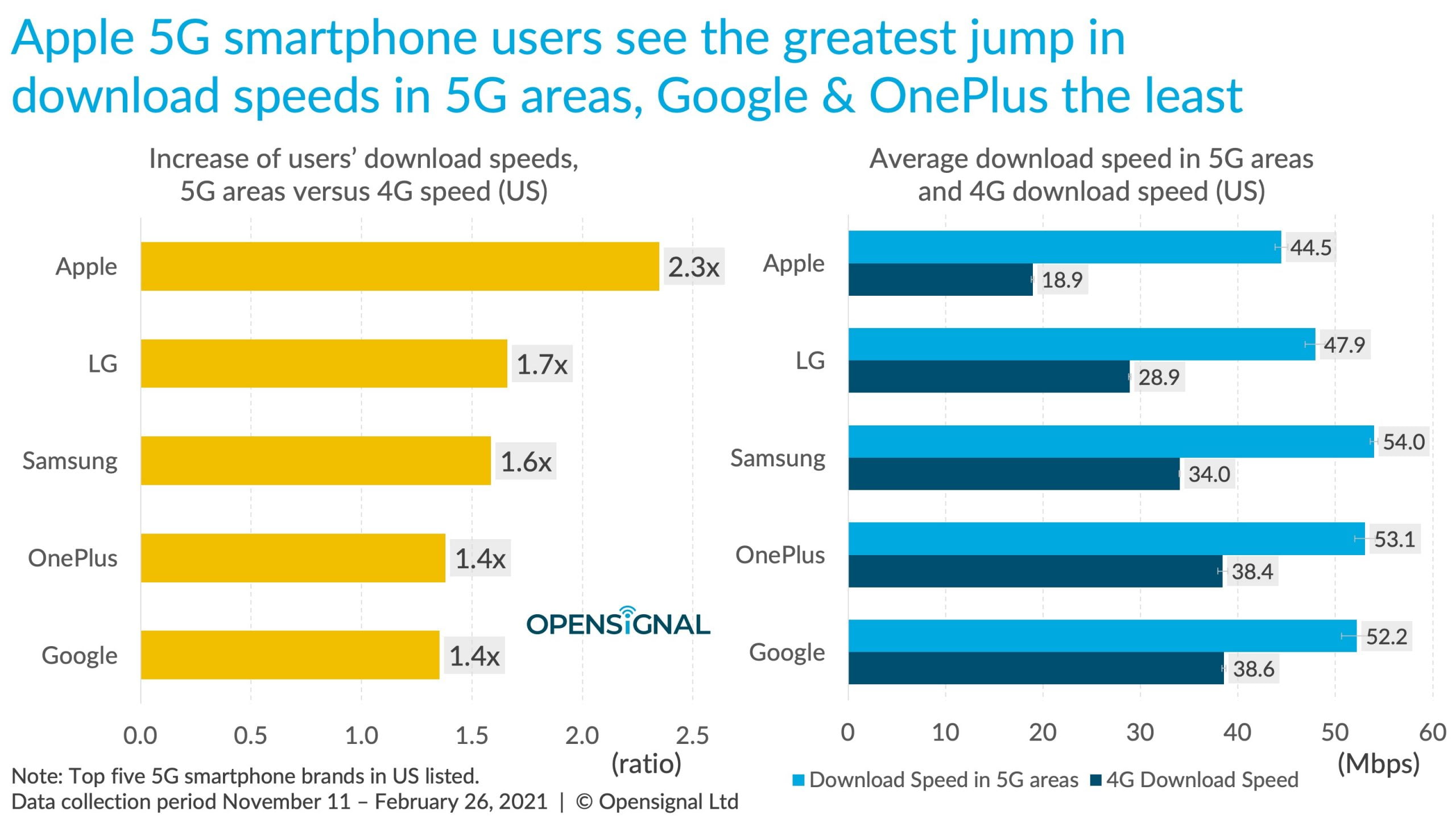 An iPhone with 5G is significantly faster than the 4G variant in everyday use.

Those who wonder what the 5G wireless standard will actually bring in the new everyday life will be happy: in the everyday life test of OpenSignal, the 5G model of the iPhone proves to be up to 2.3 times faster.

The company offers a speed test app for smartphones and uses it to calculate the speeds achievable in everyday use. These are 36 Mbit/s for the 5 iPhone series. That is, of course, significantly slower than the maximum achievable with a good network, but anyone who has ever measured the speed in the countryside, on the first floor of a four-story house in the city or in your busy square will agree that the data rates are often below that. 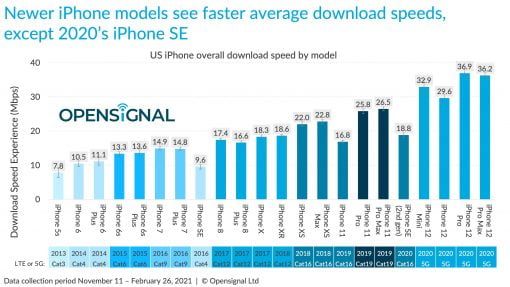 A comparison with other manufacturers shows that the 5G iPhone is slightly worse than the models from Samsung, LG, OnePlus and Google. These are partly still a few Mbps faster, but this should not have any real impact in practice. The comparison with the 4G version of the iPhone is interesting: Apple performs very poorly compared with the other manufacturers. Google’s smartphone is twice as fast, for example. So if you switch from a 4G to a 5G iPhone, your data rate may be 2.3 times better than before. This is then likely to happen with iPads when they are equipped with 5G technology. Compared to a 5G iPhone, their data rates are also significantly lower.

It should therefore be noted that 5G actually brings a significant gain in speed. Of course, this is due to the better standard. In addition, Apple uses Qualcomm, the same manufacturer of the radio modem as all other manufacturers, for the hardware of the iPhones. Therefore, there are only minor differences to other models in contrast to the 4G models.