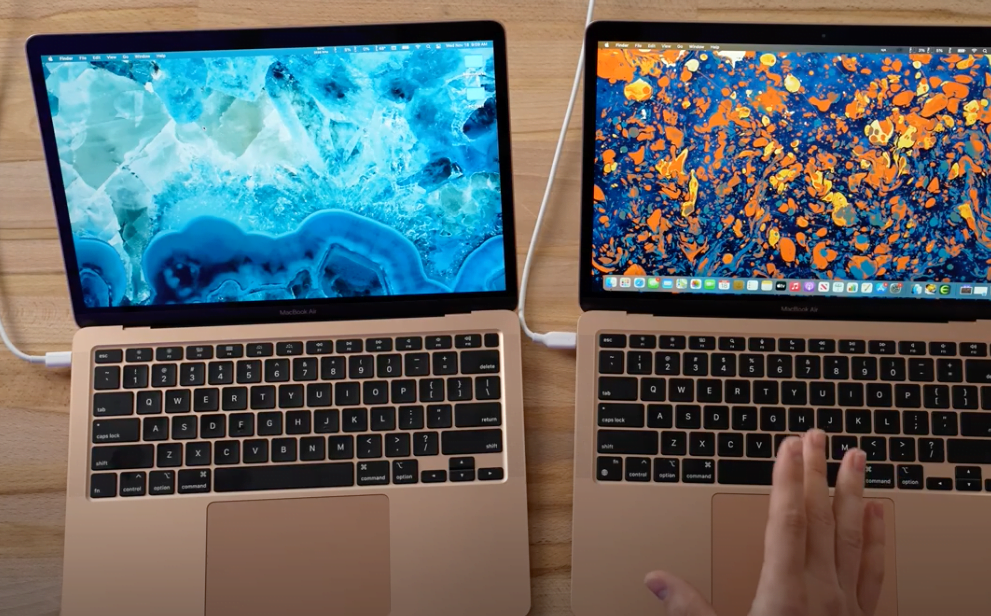 M1 vs. Intel Chip: the new MacBooks have made a giant leap forward.

The M1 chip in the new MacBooks is such an advance that it is very interesting to see it in performance compared to the previous generation of ink. So much can be said: the progress is considerable. If one had always got used to a slightly better performance, the Apple M1 seems to have moved several years into the future.

The two videos show you a detailed comparison of the MacBook Air with M1 and Intel chip and also the MacBook Pro with Apple’s M1 and Intel. It also becomes clear: MacBook Air is very close to the Pro model in terms of performance, because it gets the same chip as the Pro. Although the MacBook Air uses the M1 chips, which have only seven instead of eight working graphic cores (the price difference must come from somewhere), the two models are much closer together than before.