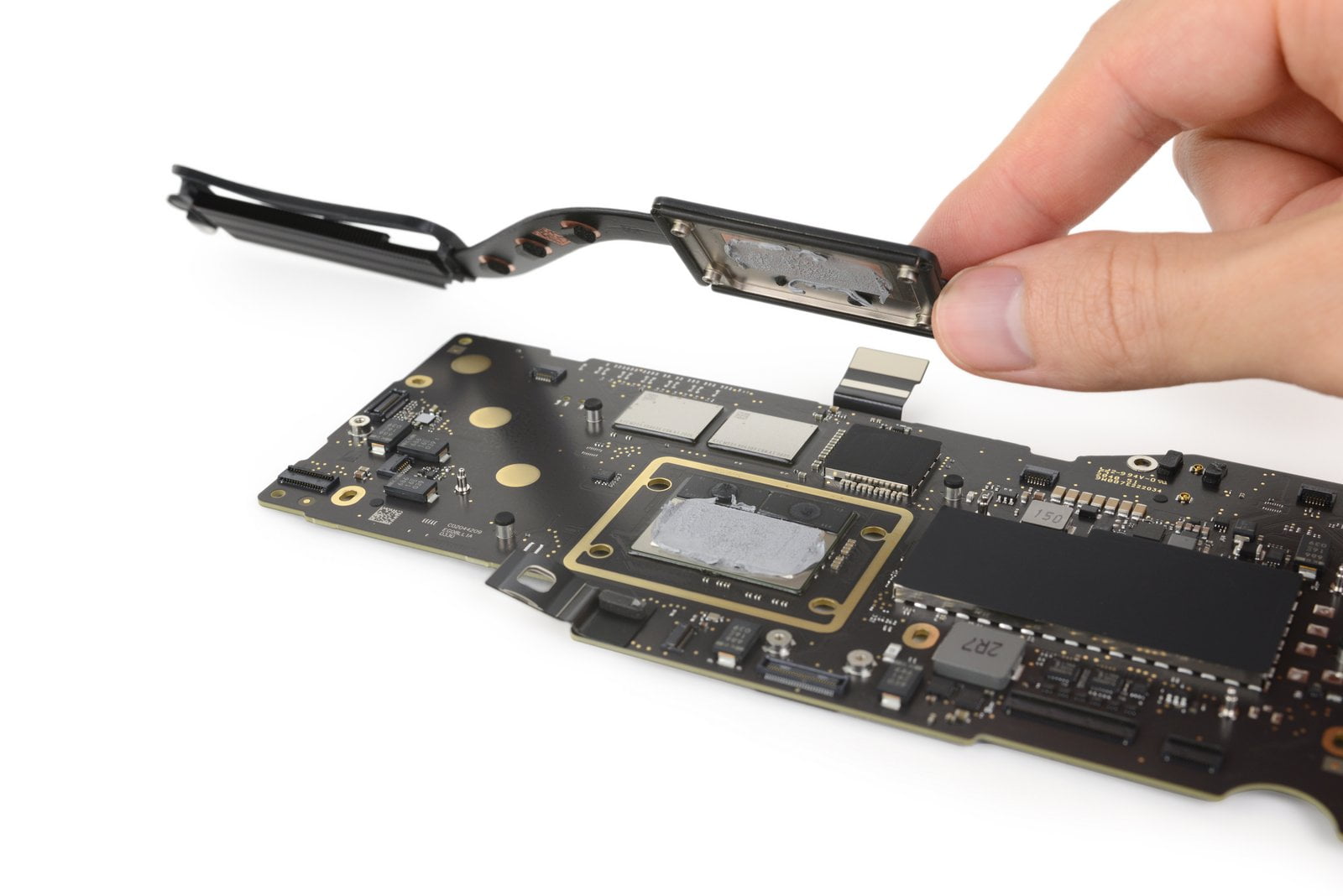 The internal structure of the new M1 MacBooks is very similar to their Intel predecessors.

ifixit shows us the new M1 MacBooks from the inside The MacBook Pro 13″ shows almost no differences: the design is almost identical to the Intel models. Also the fan has remained the same size. However, since the M1 chip’s heat dissipation has been greatly reduced – unlike its Intel counterpart – the cooling solution is almost oversized. Or to put it positively: the MacBook Pro should always remain quiet, even under heavy load and in warm environments. 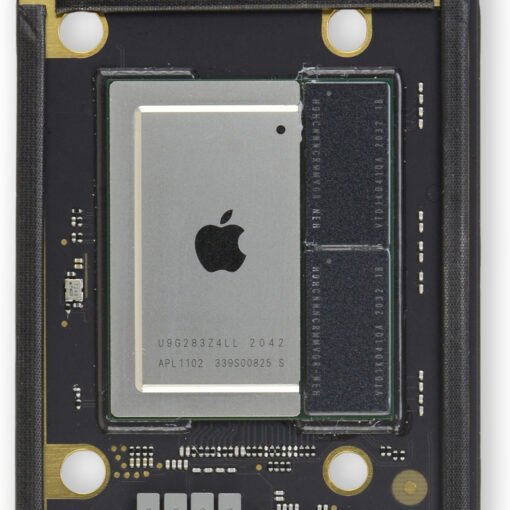 The MacBook Air is forced to remain silent: Apple has completely eliminated the fan. In its place, a piece of aluminum simply acts as a heat sink. This completely fills the space freed up by the fan. This seems to be enough to survive medium-term heavy loads without having to downclock too much. 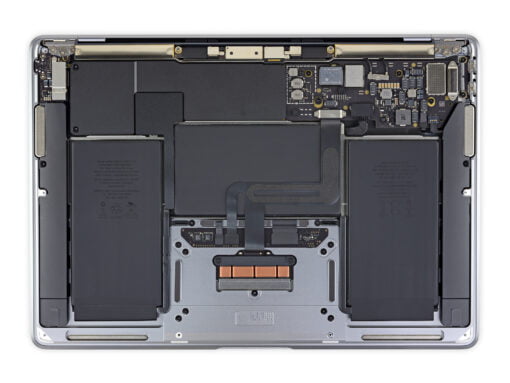 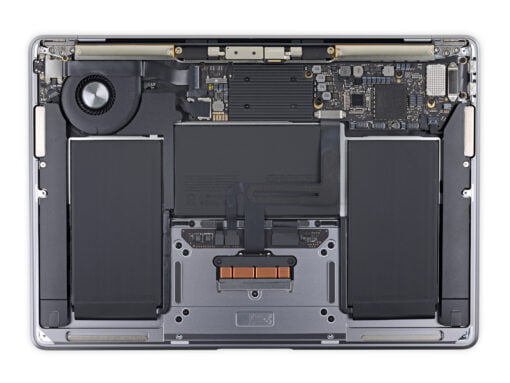 MacBook Air has always had the reputation that the cooling solution for the Intel CPUs was never really sufficient under load – with the step towards the M1 chip Apple has finally been able to develop a processor that meets their own demand for a flat design and minimal cooling systems.

All other interesting pictures can be found at ifixit.