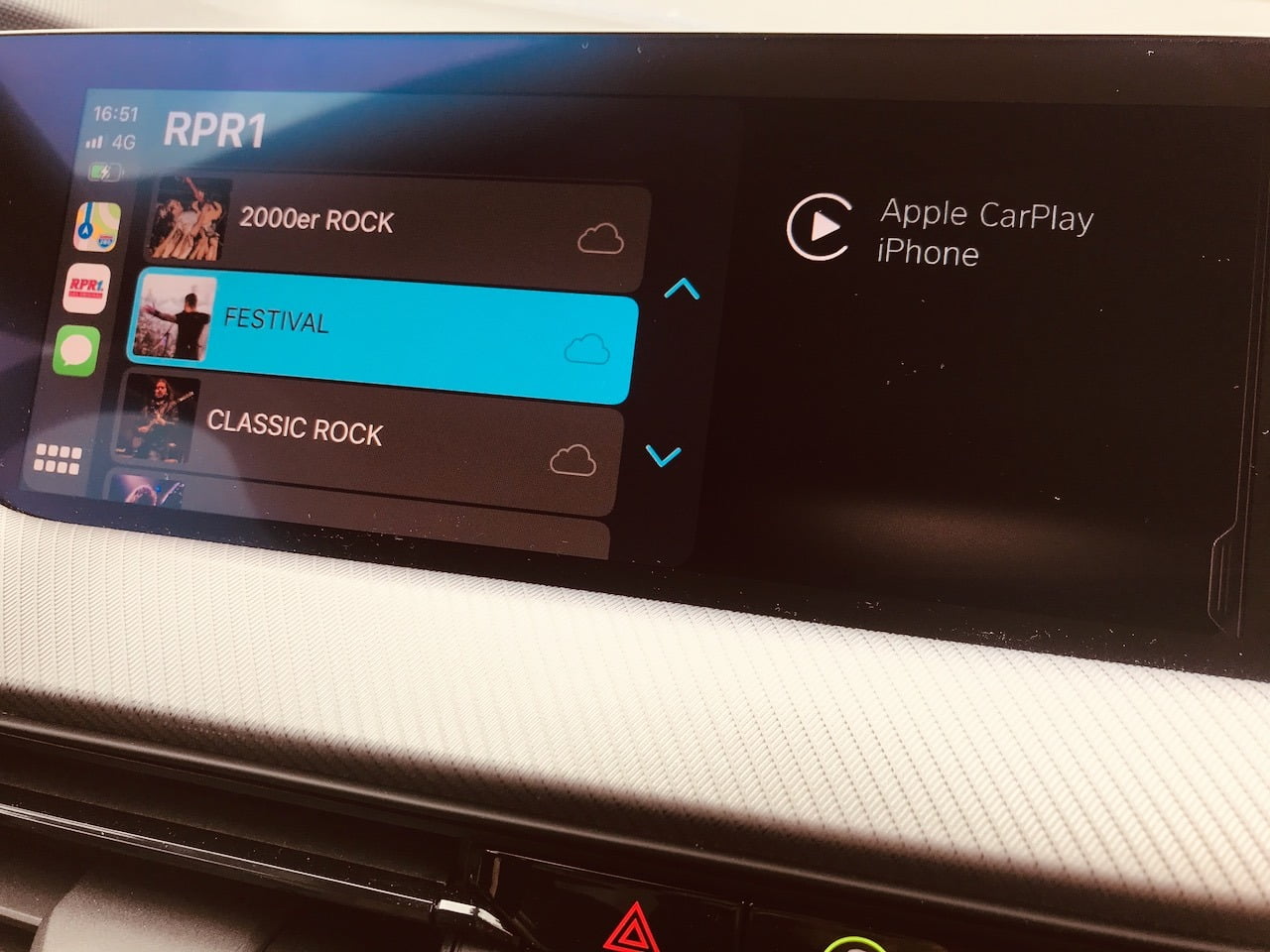 We show you how to switch from analogue FM radio reception to Internet radio.

You have a car that doesn’t have a DAB+ radio and would like to have a DAB+ receiver? Or you already have DAB+ and still want more stations? We’ll show you how to use CarPlay to forget terrestrial radio broadcast and switch to thousands of internet radio stations. 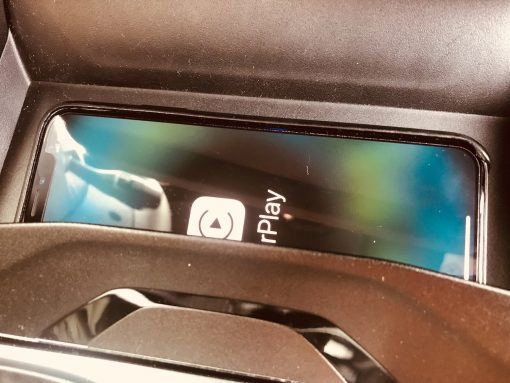 The prerequisites for this are three essential things: your iPhone, CarPlay in your car and a corresponding mobile phone contract. If you combine these things cleverly, you will have an immense selection of streaming stations that do not exceed your mobile phone volume and are also easy to use. But first things first.

The example shown here uses iDrive in a 1-series BMW F40 with an iPhone X under iOS 13.6.

1. A vehicle with CarPlay replaces the DAB+ receiver

BMW, like many other manufacturers, still uses analogue radios – for DAB+ hundreds of euros are charged extra. Maybe you missed this when ordering, the used car comes without this option or you just weren’t willing to pay extra for it – but if you have a navigation system with CarPlay on board, you have already solved the problem.

CarPlay is available in two versions: Wired and wireless. In the wireless version, however, you should make sure that the vehicle has a wireless charging cradle for the type of use suggested here, as the power consumption for continuous streaming from the mobile Internet is not insignificant.

Due to the flexibility associated with CarPlay (or Android Auto), we would currently consider this interface in cars more important than DAB+ radios. However, a law will make them mandatory in new cars in Germany from 2021.

You get the flexibility through CarPlay and the apps you can install on the iPhone. These can then be operated in the car via the built-in controllers (in the mentioned BWM via iDrive controller or touchscreen). If you take a suitable streaming or radio app like

you have access to pretty much every existing radio station. With DAB+, hundreds of stations are now possible, but there are thousands of them available via internet reception – there’s something for every taste. The prerequisite is, of course, that there is also internet reception. In Germany there are still areas that are not covered. The question is whether DAB+ reception would be possible there instead. But if you are travelling in an area where internet reception is available, you have no problem. If you have a standard route that you use all the time, you can simply test it before implementing this solution. 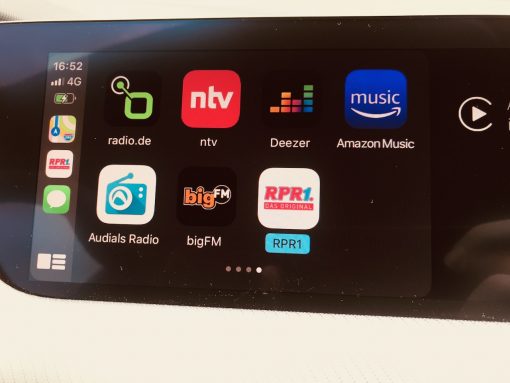 What is surprising is that the quality of streaming over the mobile Internet sometimes sounds much better than DAB+ radio stations. The reason for this is firstly the sound processing that is carried out by the radio stations before broadcasting, and secondly that the data rates for private radio stations are sometimes below 100 kbit/s, resulting in significant compression artefacts. So with direct internet streams you not only get more choice but – depending on the data rate used – also better quality.

If you are interested in the background, you can read a presentation about the creation of a DAB+ signal here and a statement about the DAB+ standard of the mp3 inventor Prof. Karlheinz Brandenburg here.

3. A mobile phone contract with a streaming flat rate keeps the costs low

Now of course the radio data must be streamed continuously. And that can add up quite a lot during hours of driving. The best thing to do is to find a contract that does not count the internet volume spent on the radio against the actual surfing volume.

You can then listen to the radio for as long as you want, without the gigabytes of data being counted. In our case this was a Vodafone contract with Vodafone Music Pass. Alternatively, you can also use a less expensive but unlimited mobile phone contract with o2 (with slightly worse coverage). The Telekom also lets you stream music for an unlimited period of time, it’s called StreamOn. This means you don’t have to worry about the data consumption anymore. Depending on your contract you can also switch between the individual streaming passes on a monthly basis (radio, video, social media etc.).

In principle, with the above mentioned instructions, you carry out what happens technically anyway. Formerly analog distribution channels are digitalized and then distributed via the Internet. 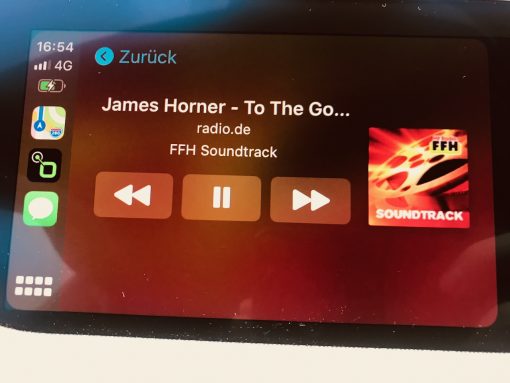 That’s what happened with television: it became digital via DVB-T, -S and -C, and now it simply comes over the net via Entertain or Zattoo. You do nothing else. So if your car offers CarPlay and only your mobile phone contract needs a small adjustment, you have also left the last analog mass medium behind – the classic radio.

Currently the supported apps, which are not charged by your provider for data consumption, are already very extensive. However, some, such as radio.de, are not yet covered. But you just have to check your favorite apps against your contract, then you should be able to reach your goal in most cases. In this case, CarPlay is indeed a practical facility for every day.