Apple has added new features to all operating systems!

The new version of tvOS now comes with Multi User Support: so it is now possible that the suggestion list suggests what you like – like Netflix. Lyrics for singing along to music videos are also now available, and are always popular at parties. 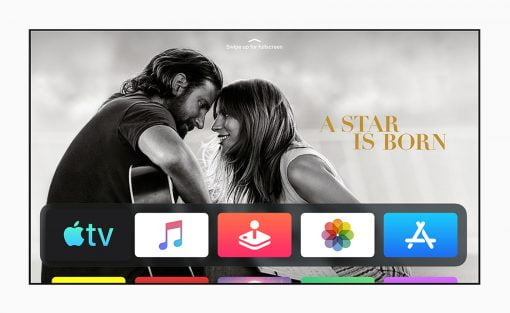 For game fans who are also waiting for Apple Arcade, two new controllers are supported: The X Box One X and the Dual Shock 4 controller of the Playstation. This may also appeal to more serious gamers. 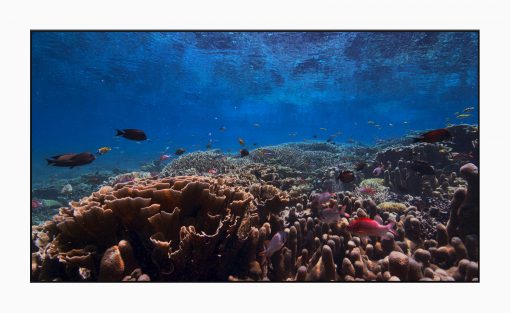 In addition, there are new underwater screensavers, which were developed in cooperation with the BBC.

The Apple Watch now reports every new hour with a small vibration or Audible Chime, a short audio hint. A stylish interpretation of the famous 80s beep-beep. 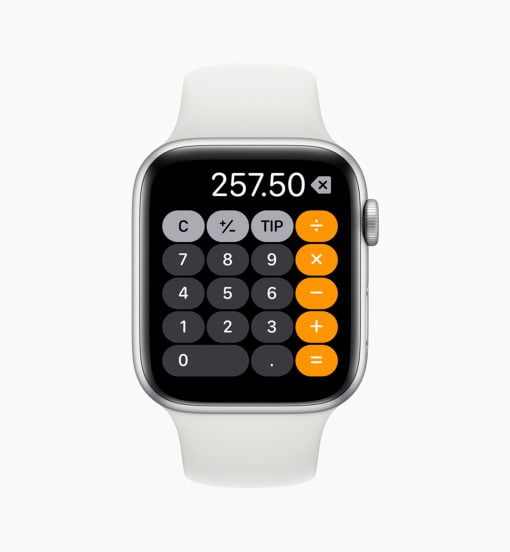 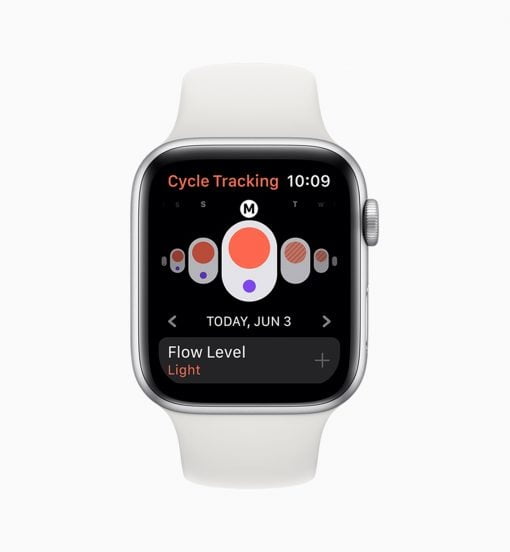 Furthermore, the health functions have been further expanded. The Apple Watch monitors ambient noise and warns of hearing damage. The female cycle can also be monitored. Apple also makes this function accessible on the iPhone, so that the possession of an Apple Watch is not necessarily available.

Great: iOS 13 should be faster. FaceID, for example, by 30%. In addition, app downloads are 50% smaller and updates even 60% smaller. In addition, apps should start twice as fast. A very welcome further development. But it doesn’t stop at improvements of the usual structure, new functions will be added as well. 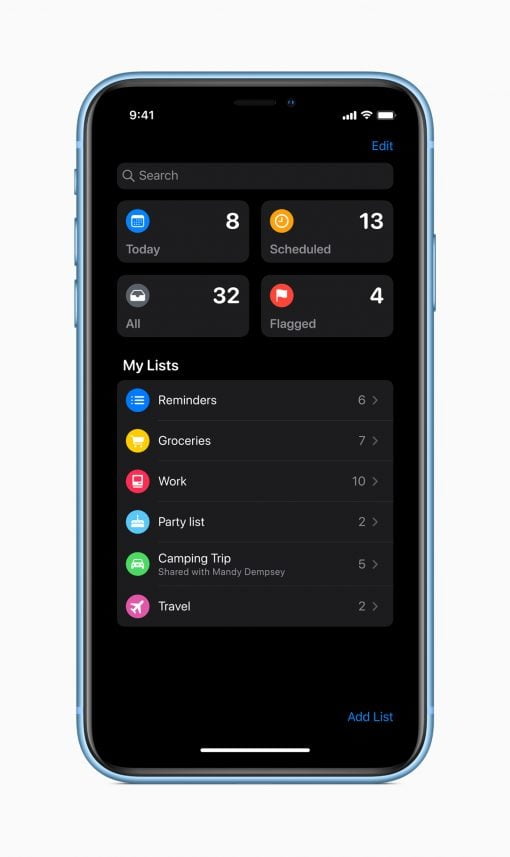 So the system has finally got the long awaited system-wide dark mode. Especially for the use at night the other color scheme is of course very pleasant.

Also new: Swyping for text input on the iPhone. For two languages we would like to recommend SwiftKey again, which makes communication in two languages at the same time much more pleasant.

Safari, Mails and Notes are functionally enhanced. But memories are completely new: you can now simply start typing and the app recognizes when and where it should remind you – we are curious. Apple Maps has been completely revised: The USA will be completely covered by the end of 2019, the rest of the world will follow later. In Apple Maps, Streetview views are now available, which you can navigate through with just a tap – very cool and hopefully quickly available in other countries as well. Apple emphasizes data security when using Apple Maps. 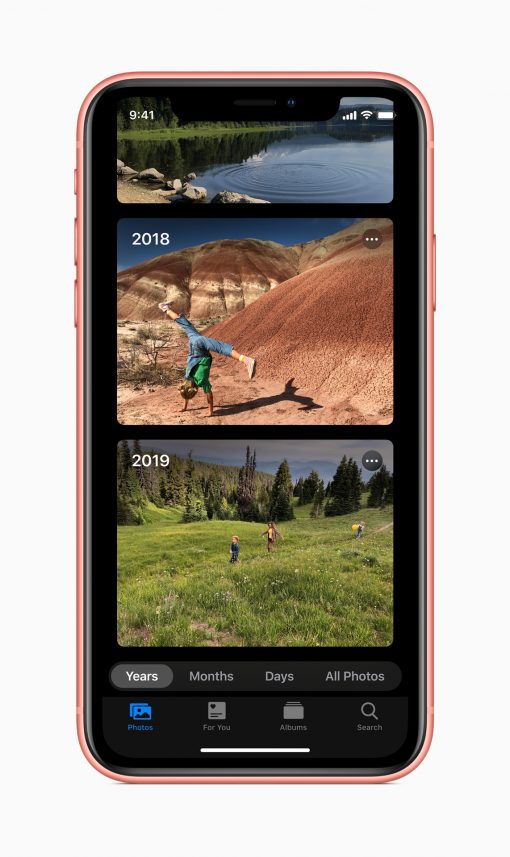 This aspect is now also anchored more deeply in the system: you now allow an app to use the position only once and have to ask the next time again. It also shows what the apps are doing in the background.

Apple has also come up with something new for log-ins: “Sign in with Apple” as a counteroffer to Facebook or Google Sign-ins. One would like to say: finally. Apple is thus taking a further step towards data protection in everyday life. Apple can even create fake email addresses that forward to your real email address. These fake addresses are even created separately for each app. This will annoy many data collectors. For users, this is a good step forward. 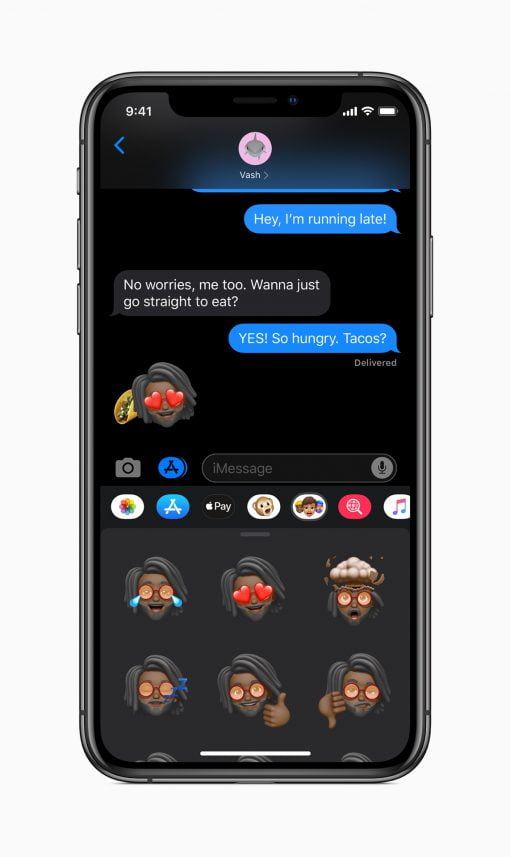 Fun new feature: Memoji Stickers. The 2D version of Animojis for older iDevices that have at least an A9 processor.

The Photos app has also been reworked: The photos are automatically pre-sorted so that you always find the best shots. The new categories are “All photos”, “Days”, “Months” and “Years”. In the presentation it looks very well thought out.

Apple has also taken care of surveillance cameras: video analysis for face recognition is still done in the iCloud, but the video stream is encrypted beforehand. There is 10 days of storage space, which is not deducted from your iCloud memory. At the beginning Netatmo, Logitech and Eufy camera models are supported.

AirPods: Siri can now read incoming messages and send spoken replies. This is not only possible with Apple’s own apps, but also with third-party apps.

HomePod: The smart speaker now gets handoff: the content listened to on the iPhone can now be seamlessly played back on the HomePod. Extremely practical. In addition, 100,000 radio stations are supported.

The HomePod can now recognize who is speaking to him, so the music selection is also suitable for that individual.

Siri’s voice now sounds much more natural thanks to Neural Text to Speach. You hardly notice that the sound output was artificially created.

The operating system on the iPad is no longer called iOS but iPadOS. Widgets are now possible directly next to apps, on one screen. Multitasking has also become more extensive. The splitting of the operating system especially for the iPad seems to be well thought out. So it is possible to open two windows of an app at the same time. 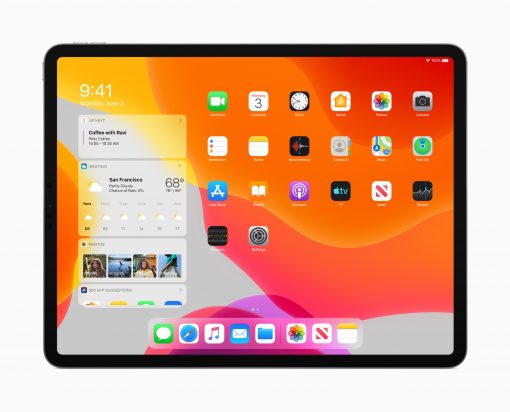 Also nice: Desktop-class browsing for the iPad. This will display the desktop page for the large iPad, which is also optimized for touch input. 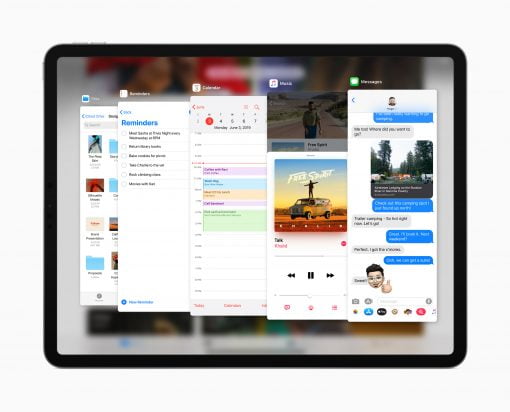 Apple reduced the latency of the Apple Pencil from 20 to 9 ms. Thus, drawing is possible almost without delay.

A new operating gesture was introduced for copy and paste: three fingers pulled together for copying, three fingers apart for pasting and a three-finger swype to the left for undoing.