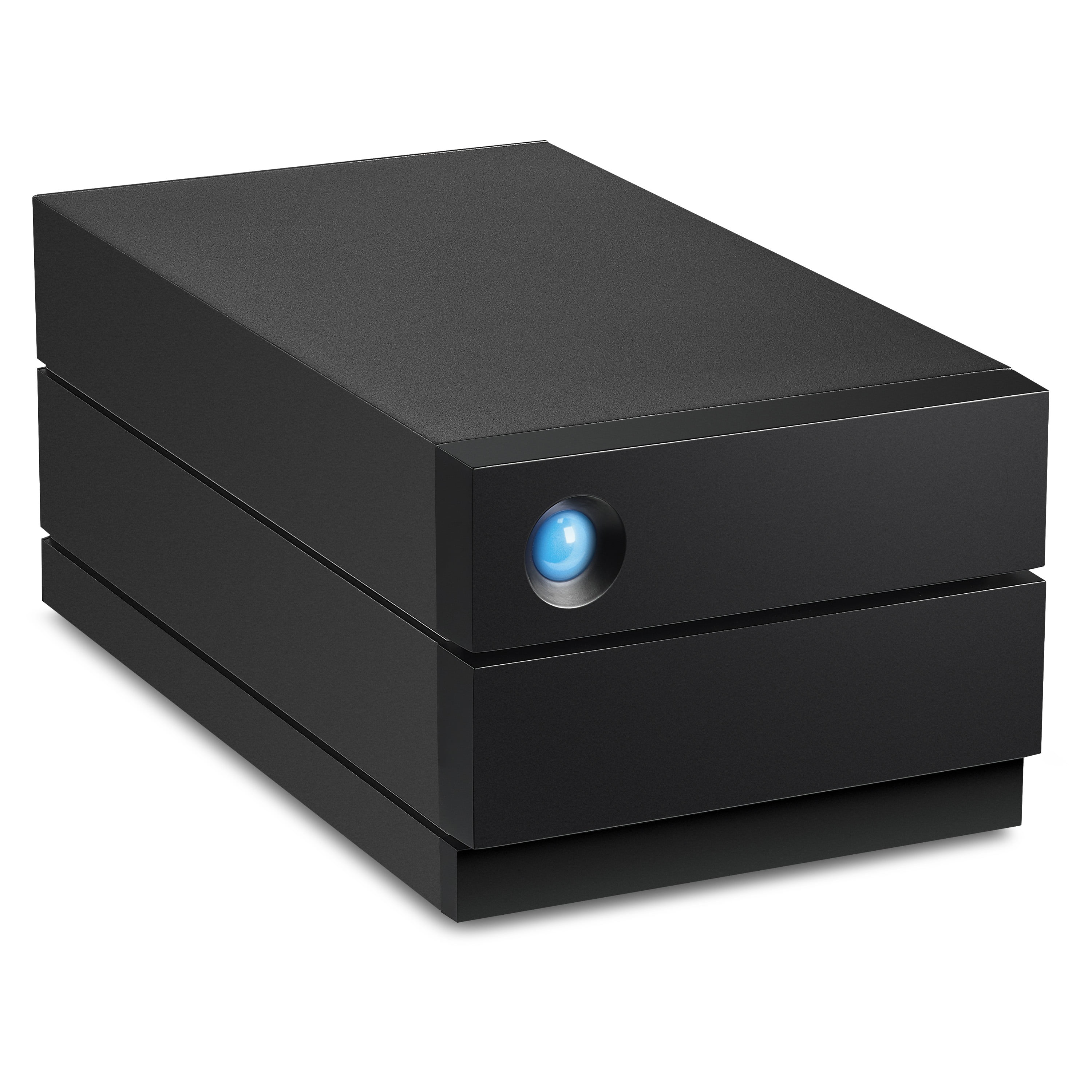 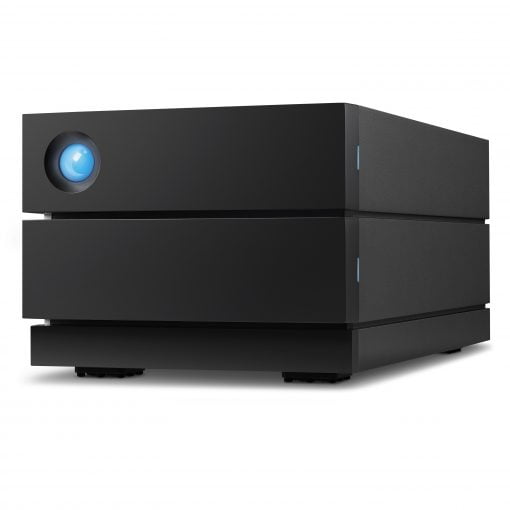 The 2big RAID is the small offshoot of the silver 2big Dock. It also accommodates two 3.5″ hard disks, but is technically a bit simpler: on the back it offers only one USB-C port in contrast to Thunderbolt 3 + DisplayPort of the big brother. In addition, the USB port and card reader are missing on the front. 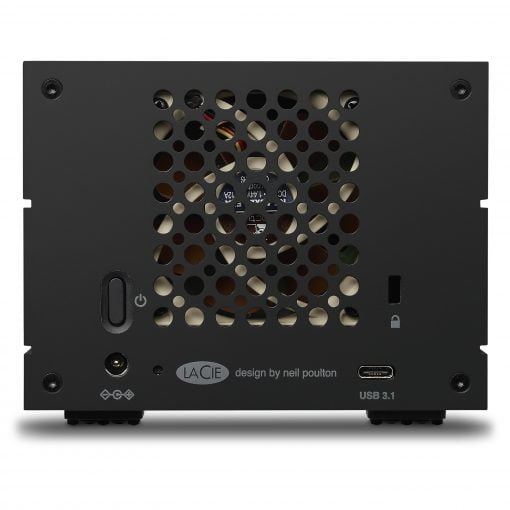 But the price drops a bit: in the same memory configuration with 8 TB there are $100 between the two models. The price for the 2big RAID for two 4 TB disks is $439. 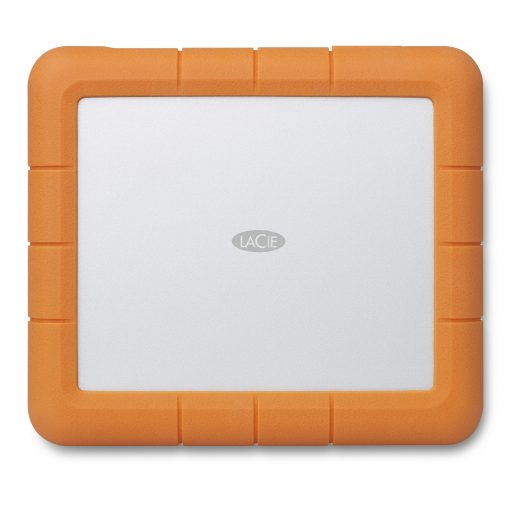 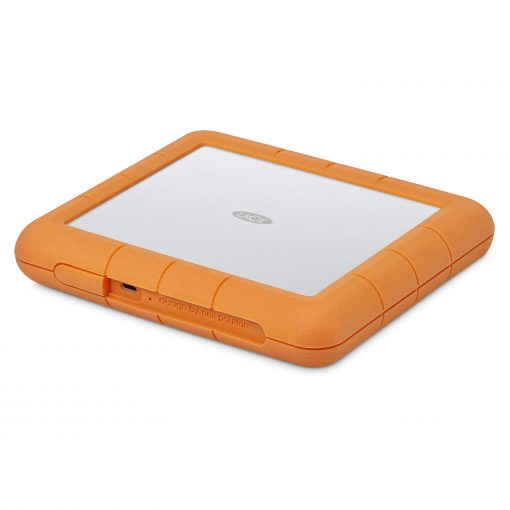 The Rugged RAID Shuttle is also available for on-the-go use. Similarly strikingly designed as the other LaCie Rugged hard drives, it offers a USB-C port. Included are two mechanical hard disks that can run in RAID 0 or 1 combination. The maximum capacity is 8 TB, the speed 250 MB/s. The price is around $540.