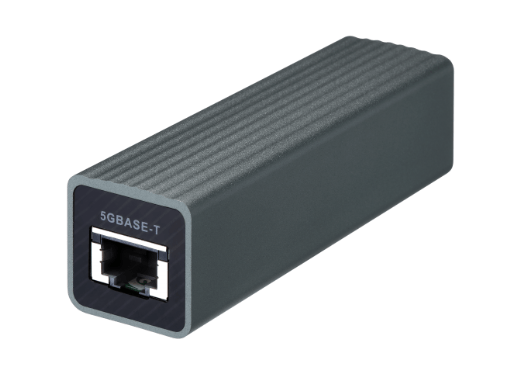 You need speed in your network? If you don’t have an iMac Pro or Mac mini with a 10 Gigabit Ethernet port, you’ll need an adapter. We’ll show you a few.

The network speed increases tenfold with each new standard, the current expansion level is 10 GB/s, which is about 1000 MB/s – that’s SSD speed level. This performance needs two prerequisites: a port that can deliver this speed and a sufficient power supply. Thunderbolt 3 offers both, so the 10 Gbe models presented here are intended for this connection. A model with half the speed is also satisfied with USB 3.0. For all those who want to connect a remote data storage device but don’t feel like rebuilding their network, an optical Thunderbolt cable might be an option.

10 Gigabit Ethernet Adapter for the Mac

For the highest speed level of Ethernet, there are several models available for the Mac. The first one comes from Qnap. The company does not only manufacture NAS systems with 10 Gbit Ethernet port, but also adapters for the Mac, so that you can use the speed there. 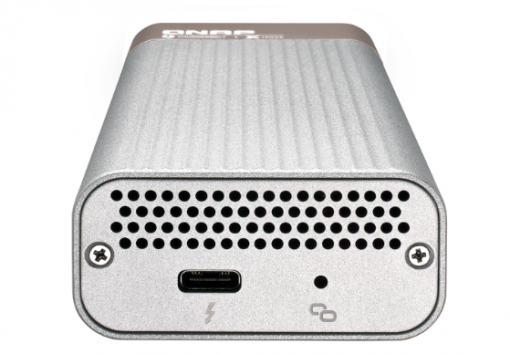 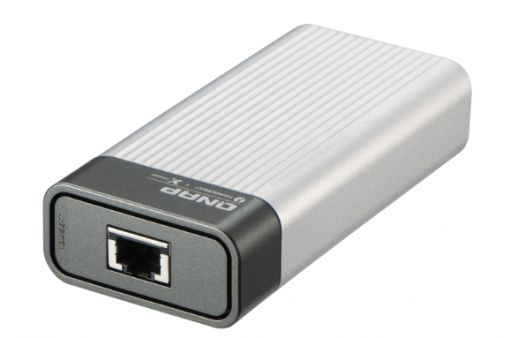 Also from Sonnet there is a fast 10 GbE adapter for the Thunderbolt port, the Solo 10g. It runs under the Mac without driver and has no fan. This makes it quite warm during operation, but not excessive, and you have your peace of mind. After all, the case is made of aluminum and comes with cooling fins on the outside to facilitate heat dissipation. 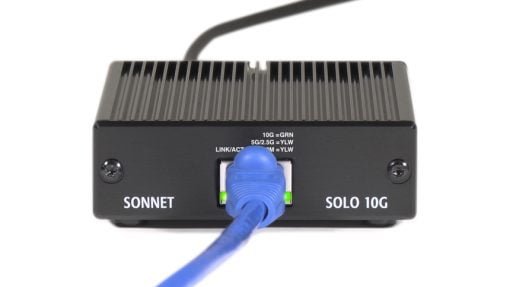 A practical special feature of this adapter: the cable that seems to be firmly connected to the device is only plugged in inside. I.e. if the cable should be damaged or you want a longer one, you can simply unscrew the adapter and replace the cable.

The variant of Akitio for the Mac is called Thunder3 10G. The more recent model T3-10G is cheaper and a bit faster, but only runs under Windows, because it uses a different controller! In the picture you can see the difference. Both identical looking units come in a case that has many ventilation openings and are kept in a discreet grey. Even Akitio doesn’t need a fan with the Ethernet adapter and doesn’t bother you with fan noises. 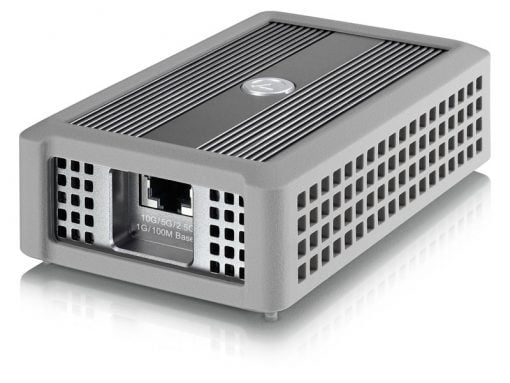 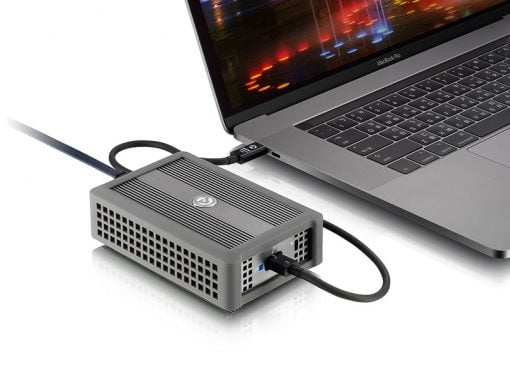 The somewhat thicker case and the rubber coating around it is perhaps something for users who travel a lot and are looking for a very robust specimen. But be careful when you buy it that you get the Mac version (Thunder3, not T3).

StarTech’s variant of a fast network adapter is simply called Thunderbolt 3 to 10GBase-T Ethernet Adapter. The housing is simply black and does not need a fan. 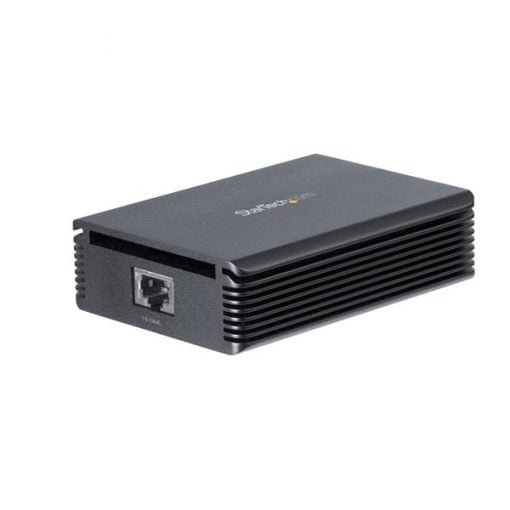 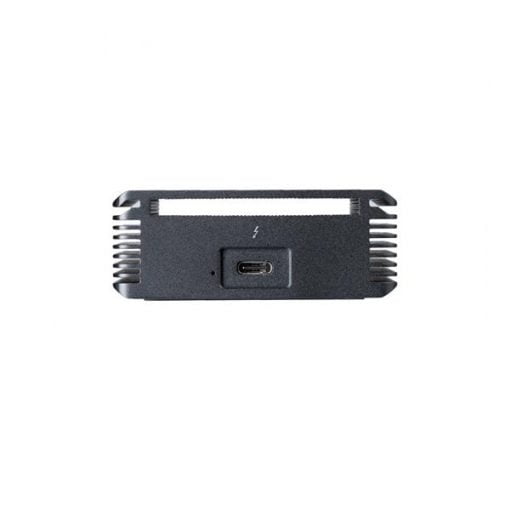 The StarTech model is one that is kept very simple and does not rely on optical fancy but on stable function.


5 Gigabit Ethernet Adapter for the Mac

If you want to use a fast network, but only have one USB port at your disposal and also manage with 5 Gigabit/s, you can use the UC51T from Qnap. The adapter is much more compact than the faster models, doesn’t have a fan and should also generate less waste heat. It’s also cheaper and has a recommended retail price of $75. In a way, it’s the most sensible entry into the world of extremely fast networking. 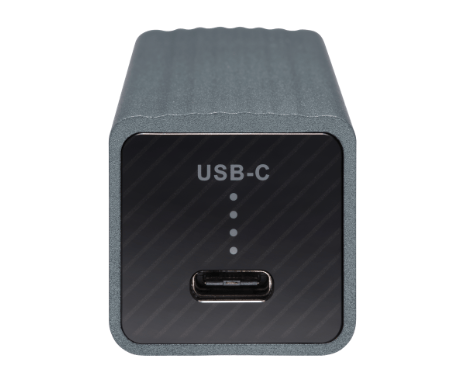 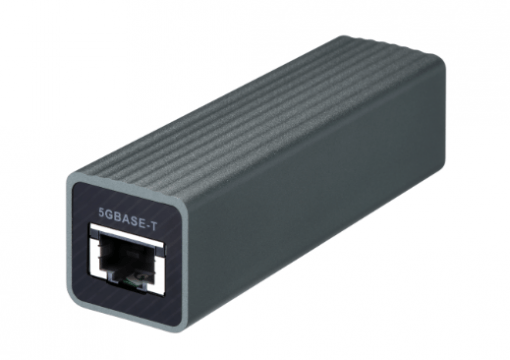 The compact adapter is a good choice if you need speed on the go, but also appreciate the compromise with compact design and economical use of your battery capacity. In addition, the adapter should also run via USB-A on USB-C cable on older computers and prepare them for at least 50% of the maximum current speed.

Maybe you just want to connect a remote NAS or RAID system to your Mac but don’t want to rebuild the whole network. Then there is another elegant, but not quite cheap solution for you: active optical Thunderbolt cables. These contain a translator in the plug ends, which turns the electrical signal into an optical signal. This allows cable lengths of 5.5m and even 60m without speed loss. The prices for these transmission marvels are between $220 and $1000. Usual long Thunderbolt cables are available up to a maximum length of 3m, but then only with 10 Gb/s, if at all. 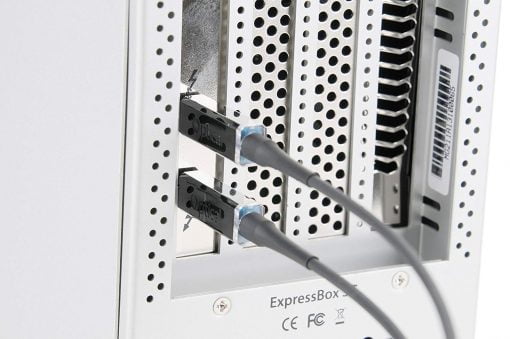 It should be noted that the Thunderbolt optical cables and variant 2 are the same, i.e. there is a maximum of 20 Gb/s in them. In addition, they cannot be connected directly to new Macs with Thunderbolt 3 due to the MiniDisplay port connector. If you intend to do this with an adapter, check with the manufacturer Corning beforehand whether the cables are also functional via Thunderbolt 3 to 2 adapters.