Today we are testing a smart socket for Apple’s HomeKit system, which connects via Bluetooth standard.

EVE relies purely on HomeKit and doesn’t integrate any other connectivity into its products, they really only work in the Apple universe. So if you’re thinking about controlling this Smart Plug via Alexa, you can forget this idea right away. This leads EVE to choose Bluetooth 4.0 as the wireless standard. You can use an iPad, the HomePod or an Apple TV (which could easily be set up as a hub with us), for example. 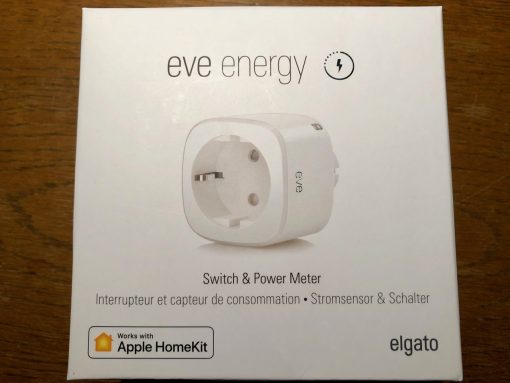 The disadvantage is that this Bluetooth version does not support mesh networking and the range is somewhat limited. So if you want to cover a big house or have an apartment that stands out due to massive concrete walls, you should think about using this system beforehand.

However, this behaviour makes the classification very easy for a buyer: the EVE Energy is meant for those who don’t want to do much more than unpacking and configuring the app. The collected power consumption data is interesting, and automatic scenes may be configured one or two. On the other hand, the Siri control is appreciated and besides, not the whole house should be controlled but maybe just this one special lamp. If you recognize yourself in the description, then the product is something for you.

In addition to the beautiful appearance of the socket and the problem-free interaction with Apple devices, the app also stands out positively: not only is power consumption data collected, it is also beautifully graphically processed. In general, the app is very well designed: it is very clearly arranged and makes it easy to find the desired functions. A very well thought-out package, be it on the hardware or software side.

We already mentioned that you can only use the power socket in the Apple universe. Of course, that’s not necessarily a disadvantage, after all, a simple and comfortable setup is very valuable. But there’s one catch: the price of the socket is above average at almost 45 Dollars. If you need two, you’ll get rid of near 100 Dollars already, almost the same as our suggested alternative: a Philips Hue Hub plus two Ikea sockets. These devices are based on the Zigbee standard and work together across manufacturers, one socket costs only 20 Dollars (good if you need several, even cheaper at Ikea directly) and on top of that you have the Zigbee Hub, which connects the connected devices to a mesh network and can also be integrated into other solutions such as Home Assistant (if you plan to do so in the future). Philips support for the hub is also very good. 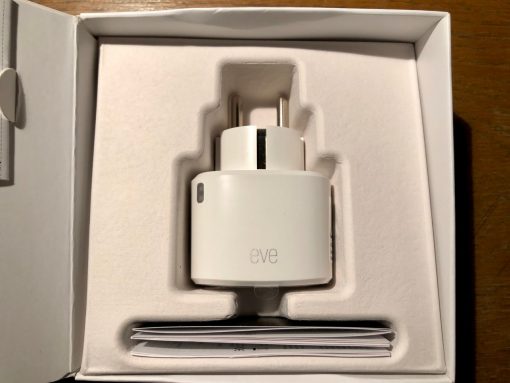 So if you really only need a single power outlet that you want to control with your iPhone and have an Apple TV for automation tasks, for example, then EVE Energy is a good choice. But if you need more than one and want to add some other elements later and don’t want to spend so much money, then the suggested alternative is also worth to think about. If you want to do without a hub but still want to be flexible later, you can also consider a wifi socket . In the end EVE Energy is a good product with an excellent app, which has its price and only feels comfortable in the intended environment. Used there, however, it does a very good job and can also be combined with the EVE door sensors.