Siri is a practical thing to set a timer to 13 minutes or to add something to the memory list, because it’s faster than typing it in. But do you want your peace of mind? We will show you how it works.

Nowadays language assistants are very widespread and you have become so accustomed to them that they just have to work. Sometimes Siri’s voice feedback can be annoying if the desired action confirmed on the display is repeated. 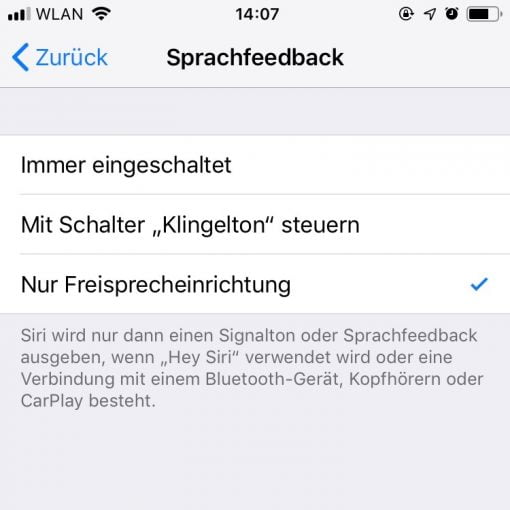 If you want to forbid Siri to speak here, you can do it quite simply: simply set Siri’s speech flow to “Handsfree only” in Settings >Siri & Search > Speech Feedback Siri. So if you use the iPhone without them, Siri won’t say anything anymore. However, if the iPhone is connected to a device or you use the command “Hey Siri!”. For many occasions, however, you can use Siri’s capabilities without having to listen to her.

11 Oct 2019
We use cookies to ensure that we give you the best experience on our website. If you continue to use this site we will assume that you are happy with it.Yes, I support you guys!No thank you.