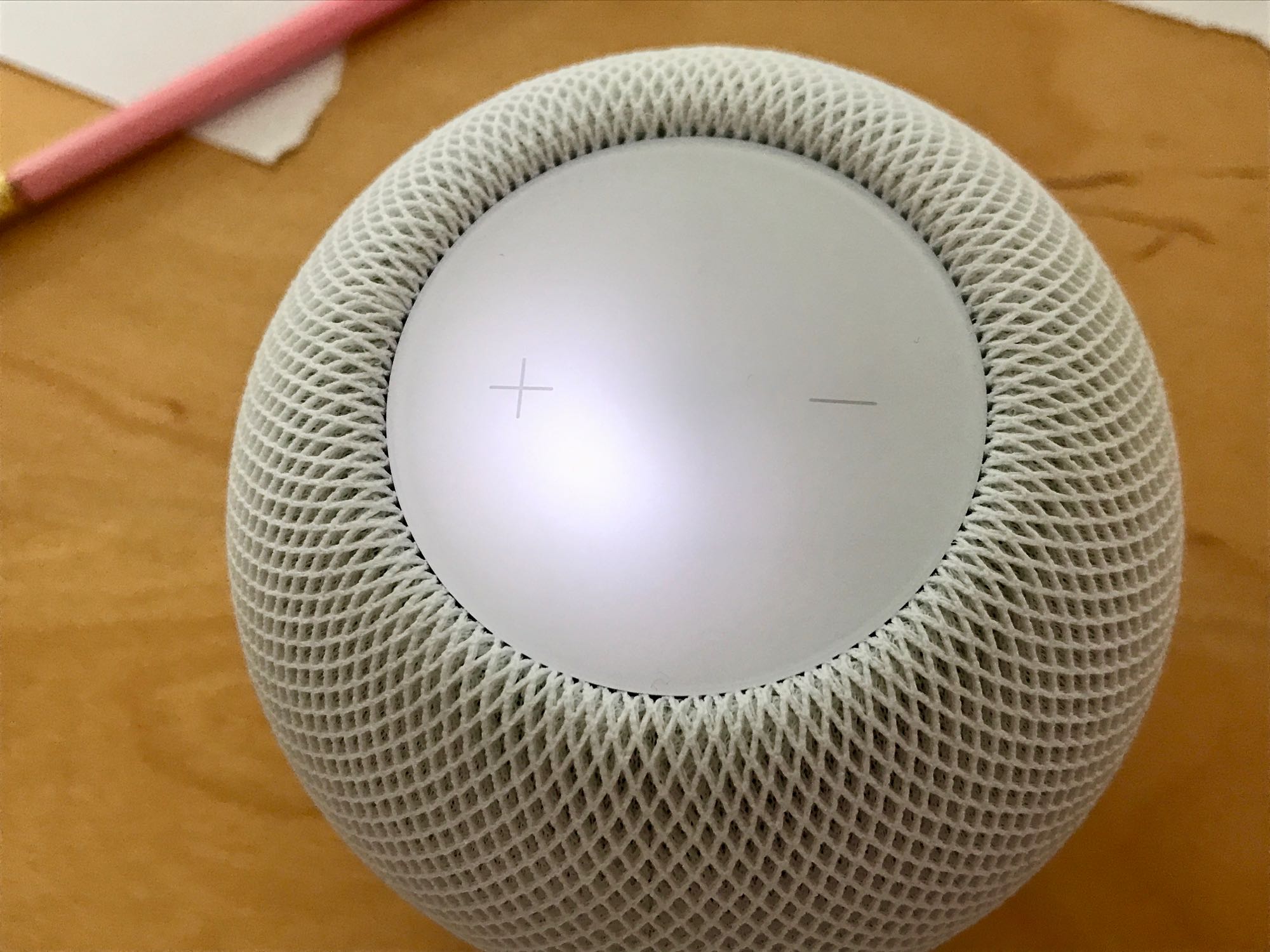 Siri still limits the usability of the HomePod mini.

Many have become accustomed to the HomePod mini being good for simple tasks but falling short when it comes to more complex requests. We wanted to know what our HomePod mini can do in 2022. We deviated from his usual task (being an AirPlay speaker and switching HomeKit devices) and checked whether that was a good idea.

We can tell you this much: it depends. If you don’t come from voice systems, which have recently developed very fast such as Google, Alexa or the BMW voice control in your vehicle, you can be happy with the HomePod if you stick to the tasks that Apple planned – and importantly – thought through to the end. This includes switching smart home devices, setting a timer, creating a reminder. In other words: relatively simple tasks that can also be packed into sentences with very simple grammar. It is very positive to emphasize that the speech recognition itself works excellently. Even in the kitchen with the washing machine running and washing dishes with your back to the HomePod, everything works wonderfully. The reaction to the commands is also prompt and makes sense (even a distinction is made between “raise the volume a little” and “raise the volume”). So you can see that Apple has done a very good job here. 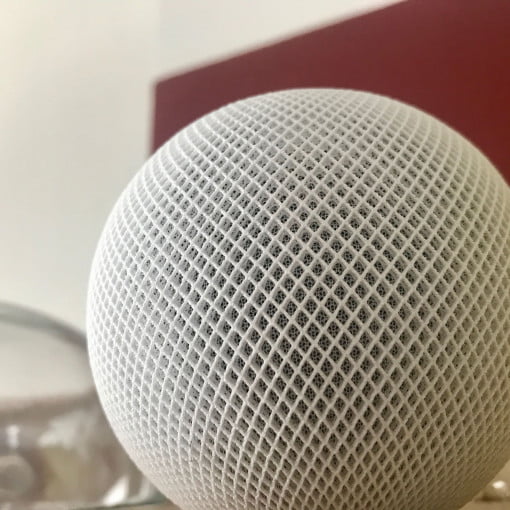 It can also be used as a HomeKit hub mostly without any problems. It serves as a hub for our security camera, bringing the videos to iCloud. No problems at all so far. However, we know from another household that there are constant problems with Eve’s Thread heating thermostats: these are often either not switched or an error message is send that the command was aborted but they were still set correctly.

And with that you find out in the long-term use in everyday life that the HomePod and Siri are not where they should be. We have completely refrained from research questions because nothing useful gets delivered. So let’s focus on the controls. Our HomePod was demoted as an AirPlay speaker right at the beginning because it didn’t want to play the radio stations that we want. These still include two: 1Live and Jazz Radio Berlin. Unfortunately, that still doesn’t work.

Siri shortcut automation for radio stations only possible with a subscription

When saying “Hey Siri, play 1Live.” the HomePod will play RBB24 Inforadio. Saying “Hey Siri, play Jazz Radio.” gets you ABC Jazz Lounge or Jazz Radio from France. The error with RBB24 Inforadio does not occur if you set the language of the HomePod from German to English. Here you can even say “Eins Live” in German and the HomePod sets the correct station and even answers with “One Live” in English. The workaround for the German language setting is a sentence which teaches the HomePod that it’s a radio station you want. So say “Hey Siri, play the radio station 1Live.” and it works without any problems. With Jazz Radio, however, the problem persists. Here one could argue that two jazz stations are called “Jazz Radio”. But then one could expect that “ABC Jazz Lounge” would not be selected at all. In addition, if there are two similar options, the HomePod should at least switch between the two options when asked again. But that doesn’t happen. Once it has decided on a station, it sticks with it. Also completely random, sometimes he takes the right one, sometimes not.

We very much hope for a Siri upgrade.

It is also surprising that Siri on the iPhone always selects Jazz Radio correctly when the HomePod is not connected to the network. Apparently it recognizes that the Jazz Radio app is also installed. Once the HomePod is online, the iPhone makes the same mistakes. Apparently, Apple neither evaluates the geographic location (and chooses the German jazz station), nor does it go into the installed apps. Also not solved: With Hey Siri and an iPhone in the same room (and also two rooms away because the HomePod can hear so well), sometimes one device reacts, sometimes the other. Sometimes both start playing music at the same time.

Well, you could choose a channel and then just keep saying “Hey Siri, continue.” and thus let the radio station, once tuned in, continue to play. But that brings along another problem: the HomePod apparently buffers 60 seconds of the content stream. This means that if you go to bed in the evening and switch off the radio station at 10 p.m. and start it again in the morning, you will first hear the news from last night for a minute. After a minute of the old program, it then jumps back to live playback. This is even more annoying than the faulty channel selection and simply unusable. 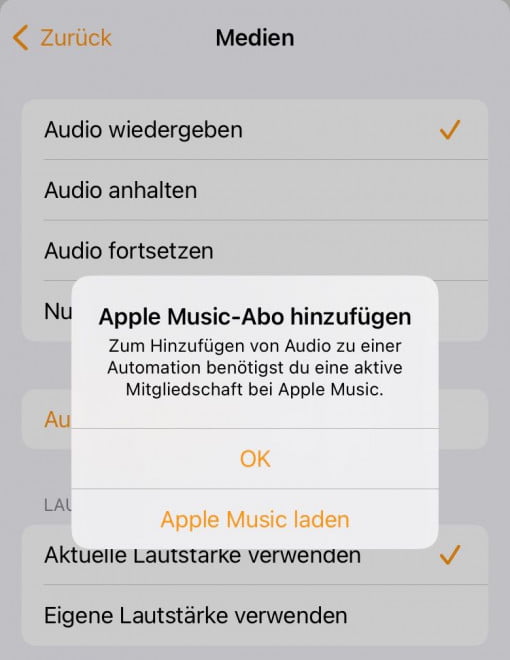 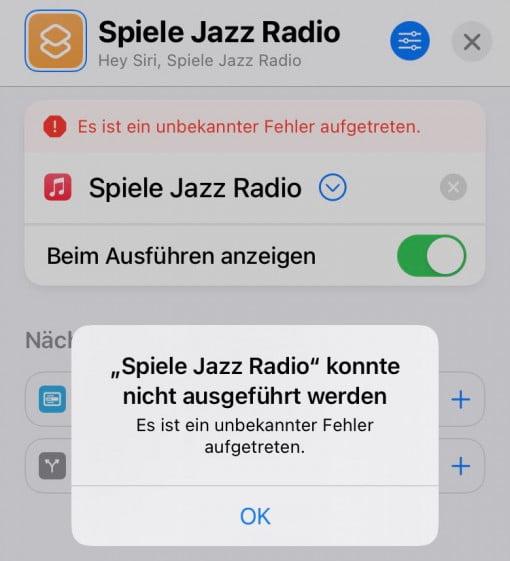 But how can this circumstance be avoided? You’re lucky if your radio station has a unique name or doesn’t consist of a combination of numbers and letters. So if you request NDR Info or NDR Kultur, you won’t have any problems. We have now thought of simply creating a Siri Shortcut with our favorite radio station. Nothing is perfect and Apple offers us the possibility to create a manual workaround so why not use it. However, this leads to the next problem: You can only set a radio station that is managed via the music app and supplied via TuneIn if you have an Apple Music subscription. We find that a bit underwhelming. It is also not possible to use a direct mp3 stream in automations. And it is also not possible to use the live stream from the music app on a running Mac despite approval. The HomePod only wants to stream from the internet. 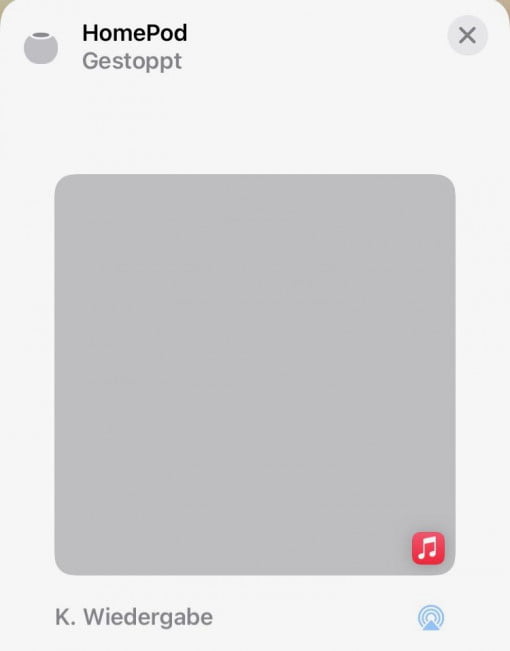 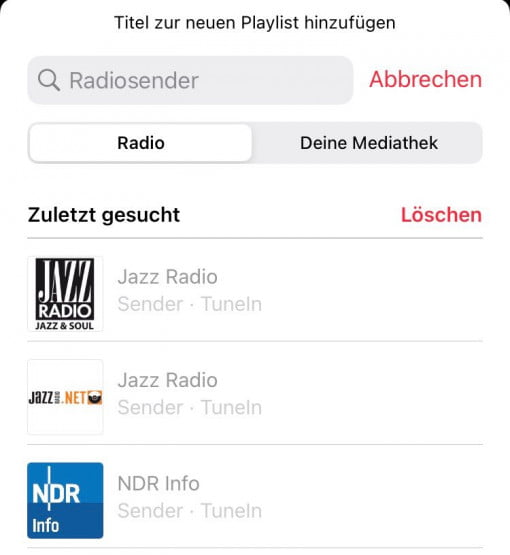 So you have to take the Music app and pay for a subscription to play a certain radio station on your HomePod – that’s absurd. The only possible workaround we could think of is to long-press the HomePod in the Home app and then use the small music icon to select and set the desired radio station – this works even without a subscription. Sure, you do the work yourself. Don’t be confused that only a few stations appear in the radio overview. You have to go into the search and search there, then all the radio stations will appear.

It is also interesting that this manual selection of a station and setting a timer in the Home app on the iPhone only works if your iPhone is in the same WLAN as the HomePod. However, you can also start and stop playback and set an alarm when the iPhone is in a foreign WLAN or even mobile network. A little inconsistent. Unfortunately, the HomePod also doesn’t offer an open network for AirPlay like the Apple TV, so you can simply stream directly to the device. So it is always necessary to be in the same network.

This is also the only solution for Spotify: AirPlay. If the WiFi is good, it works reliably. You can then also use the HomePod to control it. A good thing to get your Spotify music treasures after all.

The bottom line is that it has unfortunately been confirmed why the HomePod mini is only used as an AirPlay speaker: it simply cannot play the music you want without effort if you don’t have an Apple Music subscription. It is a coincidence that it is precisely these radio stations that are not working for us. If you have stations that are selected correctly, you can be happy with the small HomePod in everyday life, especially because the speech recognition and reaction are very good. However, why a subscription is required for automation for a radio station is more than questionable. You would like to manually fix Siri’s problems yourself with a workaround and have to pay for it.

The HomePod is still with us and, unless Apple makes significant improvements, it will experience the fate that we can also observe with many other users and that was our starting point: it is a HomeKit hub and used for simple smart home control commands. And it will also continue to be used for music playback – via AirPlay.

iPhone as webcam: mount for MacBook

24. August 202224. August 2022
Manage Cookie Consent
We use only one analytics service if you agree (Pirsch in Germany).
Data will not be shared with anybody else.
Manage options Manage services Manage vendors Read more about these purposes
View preferences
{title} {title} {title}