Netflix accounts are often shared between friends and relatives who live in different places. Netflix has tolerated this until now, even though it is actually prohibited. Now the company is starting to take a closer look at this practice.

As the first users have noticed, Netflix is now asking in a friendly manner whether this is correct in the case of third-party use (detectable on a different IP). There are also several options, including confirming the account again or skipping the whole thing. 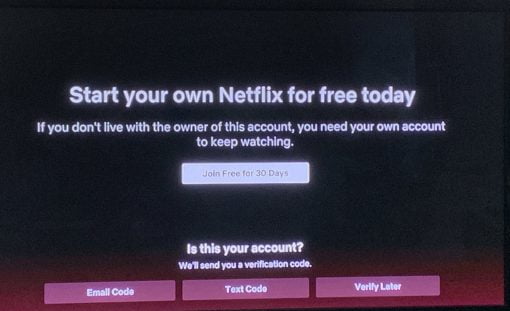 Netflix does not immediately lock out customers, but shows with this move that they do not necessarily want to accept account sharing without resistance.

Maybe Netflix will take that into account and make something like a friends subscription: a few can sign up, but a maximum of two can watch something at the same time. That way, even the occasional viewers are covered, who otherwise might not be on Netflix at all.