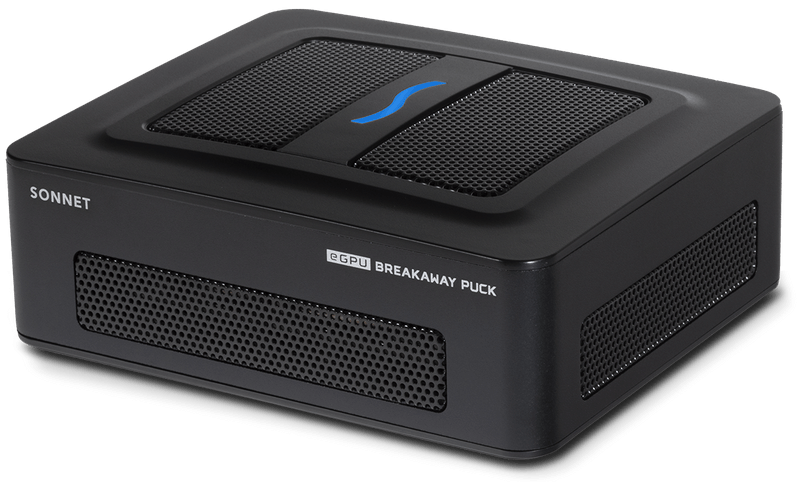 An external GPU – but only for Intel based Macs.

Sonnet has introduced two portable eGPUs for Intel Macs (they do not run on M1 Macs).

The two boxes look like they are straight out of the 90s, but they are also supposed to convince with their function. Thus, they provide the computing power of either a Radeon RX 5500 XT or a RX 5700 as an external graphics solution. As Sonnet states, they are supposed to provide up to four times as much performance as a Radeon Pro 560X, which is available in a MacBook Pro. 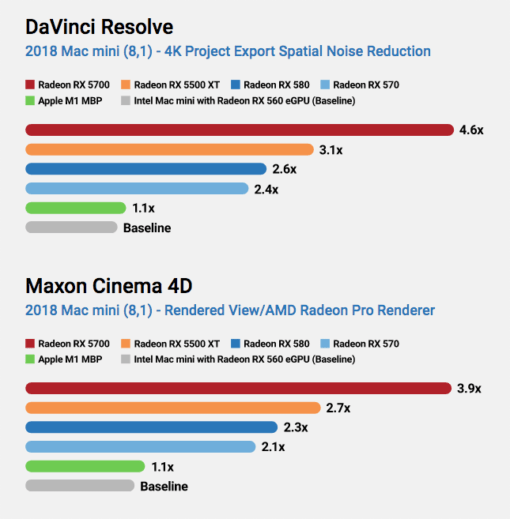 Connecting up to three 4K monitors, each then running at 60 hertz (DisplayPort or HDMI), or a 6K monitor (Thunderbolt 3) is possible. According to Sonnet, 49″ monitors of various designs also run on the Breakaway Puck. This includes the following four models:

In addition to the aforementioned display outputs, the black box also offers two times USB A 3.2. You should be able to do without an additional power supply for your MacBook: with up to 60 watts, the Puck charges your Mac.

The prices are not cheap and are about $600 for the smallest model. However, since these products are aimed at professionals, the purchase should be worthwhile for many to save a lot of time when completing projects.