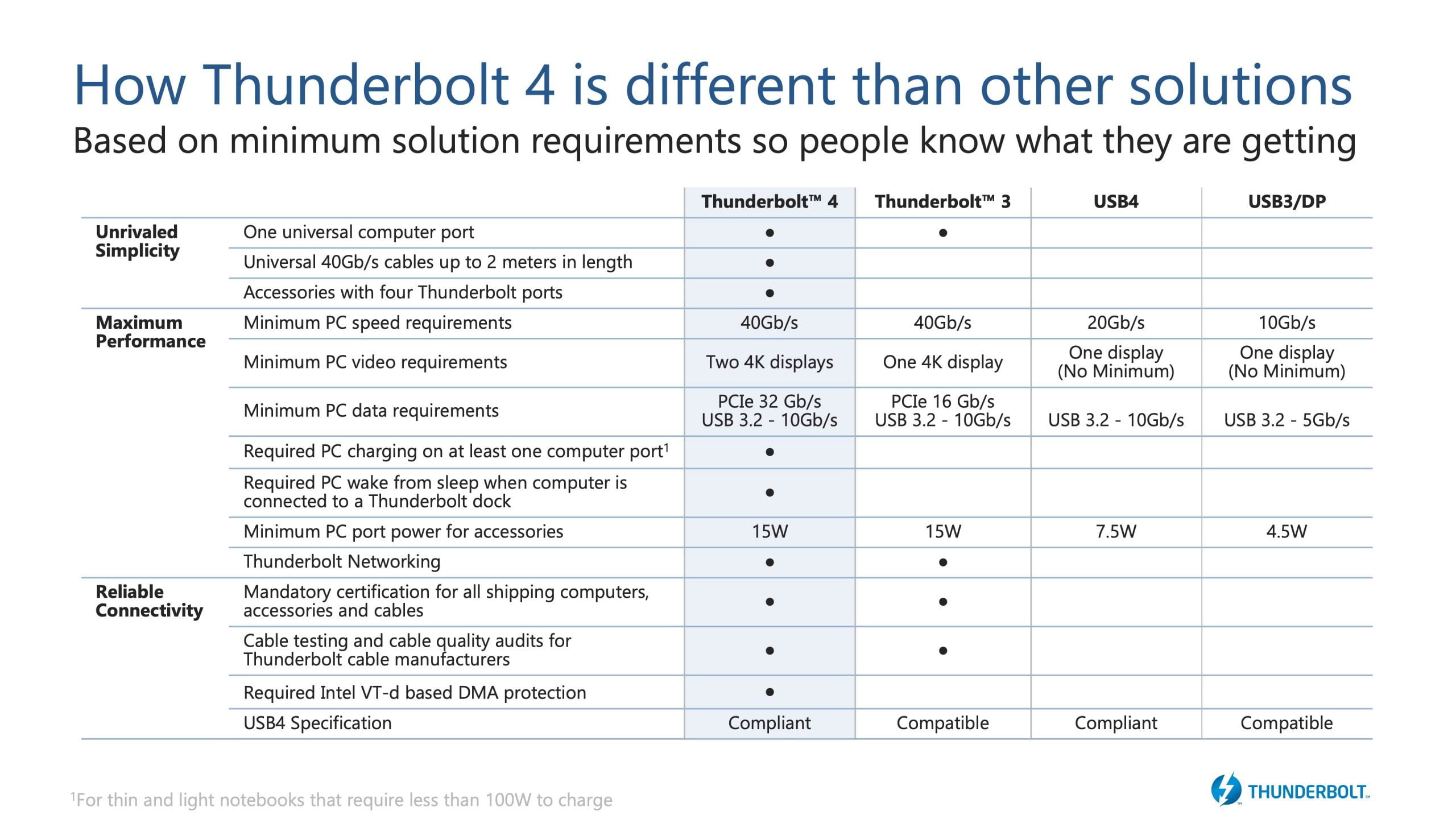 Intel has introduced Thunderbolt 4. The data rate remains at 40 Gb/s, as already with Thunderbolt 3. So nothing has changed in terms of speed. However, an improvement is taking place in other places.

So now cables can be used which are up to 2m long. And it is specified that there can be hubs that have up to four connectors for Thunderbolt 4 devices. Conveniently, a computer attached to a hub can now wake up at the touch of a button. So the signal from the connected keyboard is correctly used via the hub to wake up the computer.

Intel has also specified that a computer that offers a Thunderbolt 4 port must be able to drive at least two 4K monitors. With Thunderbolt 3 it is only one. Nice for further compatibility (and still somewhere between annoying and funny): Thunderbolt 4 is compatible with Thunderbolt 3 and USB4. Also with regard to the USB-C plugs and sockets used. So always pay attention which standard the cable you’re using supports, otherwise you’ll have a long troubleshooting to do (suggestion: mark the cables with 1, 2 or 3).