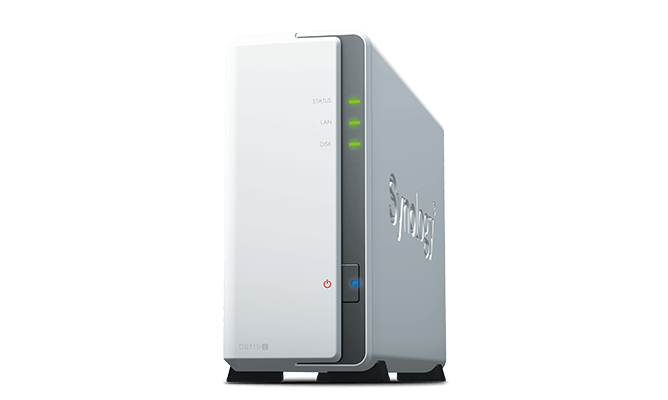 Synology’s smallest disk station is currently the DS119j. We have compared it to the discontinued DS115j and tell you if it is a good buy. 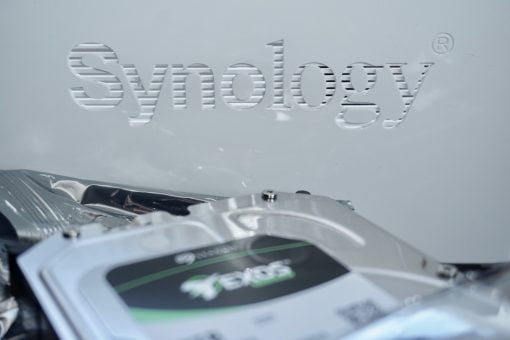 Let’s get first to the differences, you do ask yourself what technical development has been taken place between the 2015 (DS115j) and the 2019 (DS119j) model. To make a long story short: only the CPU has changed. Instead of the single core processor with 800 MHz in the old model there is now a double core CPU with 800 MHz. After all. The rest remains completely identical: case for a 3.5″ hard disk, a Gigabit Ethernet port, two USB 2.0 ports, 256 MB RAM. 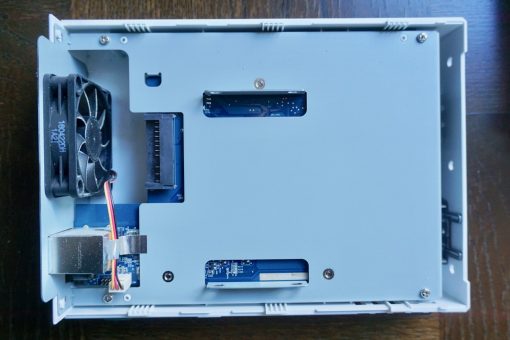 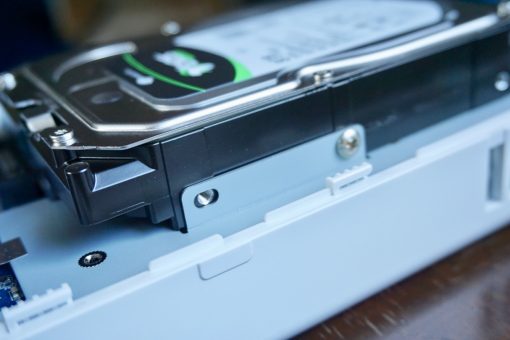 Small disadvantage of the higher computing power in the new variant: The standby power consumption increases from 3.85 watts with hard disk in standby to 5 watts.

The Synology is easy to assemble yourself

The Synology is very easy to populate with a hard disk you bought yourself. Simply select the desired 3.5″ model and fix it with a few screws in the case, then put the plastic case over it and tighten some screws again. Ready to use, the rest happens by itself with Synology’s good software.

DS115j vs. DS119j: very similar, not that much computing power

So what does that do for us in terms of computing power? Well, it makes the user experience a bit better, but just a bit. Since the main memory is still limited and the dual core processor doesn’t exceed 1 GHz, it’s more like a comfortable representative of a NAS. 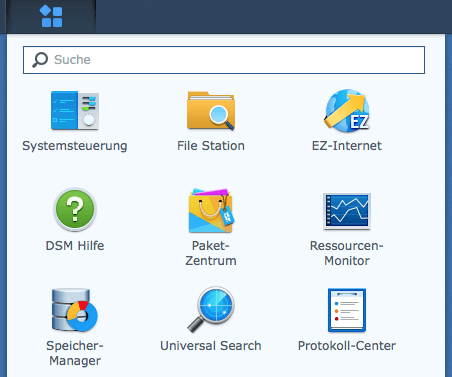 Although Synology fair enough offers the complete DSM as operating system for the small models, many of the packages are simply not usable in practice. These include the apps DS photo and DS video. For photos there is an additional Mac program (Photo Station Uploader), which allows you to add thumbnails to the pictures on your Mac and use the computing power there. Together with the good iOS app that makes photo usable, even more so on the newer Synology. But calculating thumbnails on the machine: it’s no fun. It’s ok to try it out, but even with the DS119j you need a lot of patience, transcoding for videos is completely uptopian. 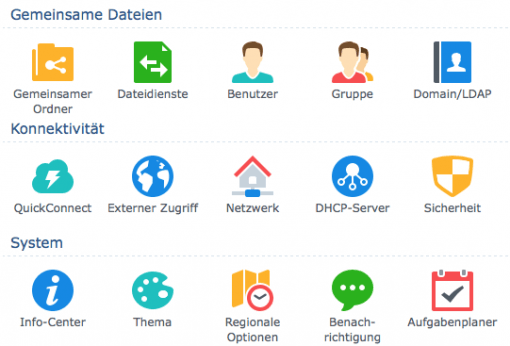 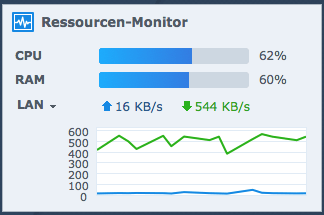 The transfer speeds for data are about 100 MB/s when reading with both variants, the old one about 60 MB/s when writing, the new one also about 100 MB/s. For a backup from a Mac with Time Machine or as a simple file server, this is completely sufficient. If you want to use encrypted folders, it’s better to cancel that thought. The DS115j showed single digit transfer rates, the DS119j was also only just two digits. But if you’re using Vile Fault on the Mac, the backup is automatically encrypted before it even reaches Synology, so you’ll keep the faster speed.

The Synology DS119j is a good network drive

If you want to use services like SFTP, this is a more sensible purpose. The computing power that both devices offer predestines them for one thing in particular: as a network hard disk. And we deliberately differentiate this from a NAS with its thousand functions. If you simply see the two small devices as storage attached to the network, you will be happy with them. Useful purposes are:

And that’s exactly how they work for us: two Macs make local backups on Synology, two others do it via SFTP. This means that both devices can still cope well and simply no longer have any capacity for more. But you can’t complain about $99 new for a DS119j and about $50-60 Euro used for a DS115j. 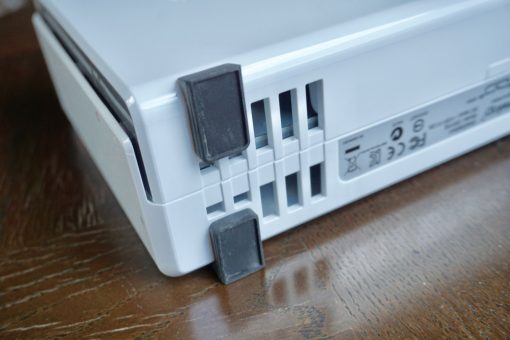 You get what you pay for. What doesn’t suffer is the stability, which is outstanding. Several hundred gigabytes of backup over days by SFTP (you know, German Internet lines in the upload) are no problem at all. The Synology is very quiet and also the fan makes almost no noise, that is really very pleasant. The rubber feet stop any vibration. If you take a quiet hard disk, the nerve factor is actually very low.

Result: the DS119j is a bit faster, but doesn’t move that much forward

.
It remains to be noted that the newer version offers more computing power. However, this is not enough to significantly expand the application purpose. Anyone who has considered these simple tasks for the devices will be very satisfied with their stability, economy and volume. Even a music server is within the realm of the possible or even simple synchronization tasks with Synology Drive (but then really only a handful of files). So for everything that only needs storage space on the net, the two small boxes from 2015 and 2019 are good to use. 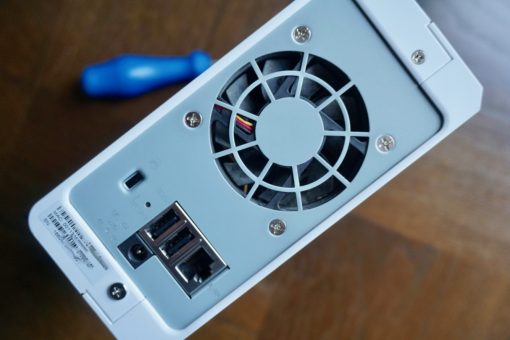 But if you don’t want to use Synology just as a spinning disc, but want it to take over real tasks like photo management, transcoding videos, email servers or even virtualizations, then you’ll have to reach a little higher on the shelf. We clearly recommend models with four CPU cores. The more expensive DS118 is a good choice, with a quad-core processor and 1.4 GHz.

If two drive bays are required, then the DS218j can also be considered. It has only one dual-core processor, but this one has 1.3 GHz and the RAM is also on a reasonable level with 512 MB. This is good enough for practical usability without one thing again – video transcoding.