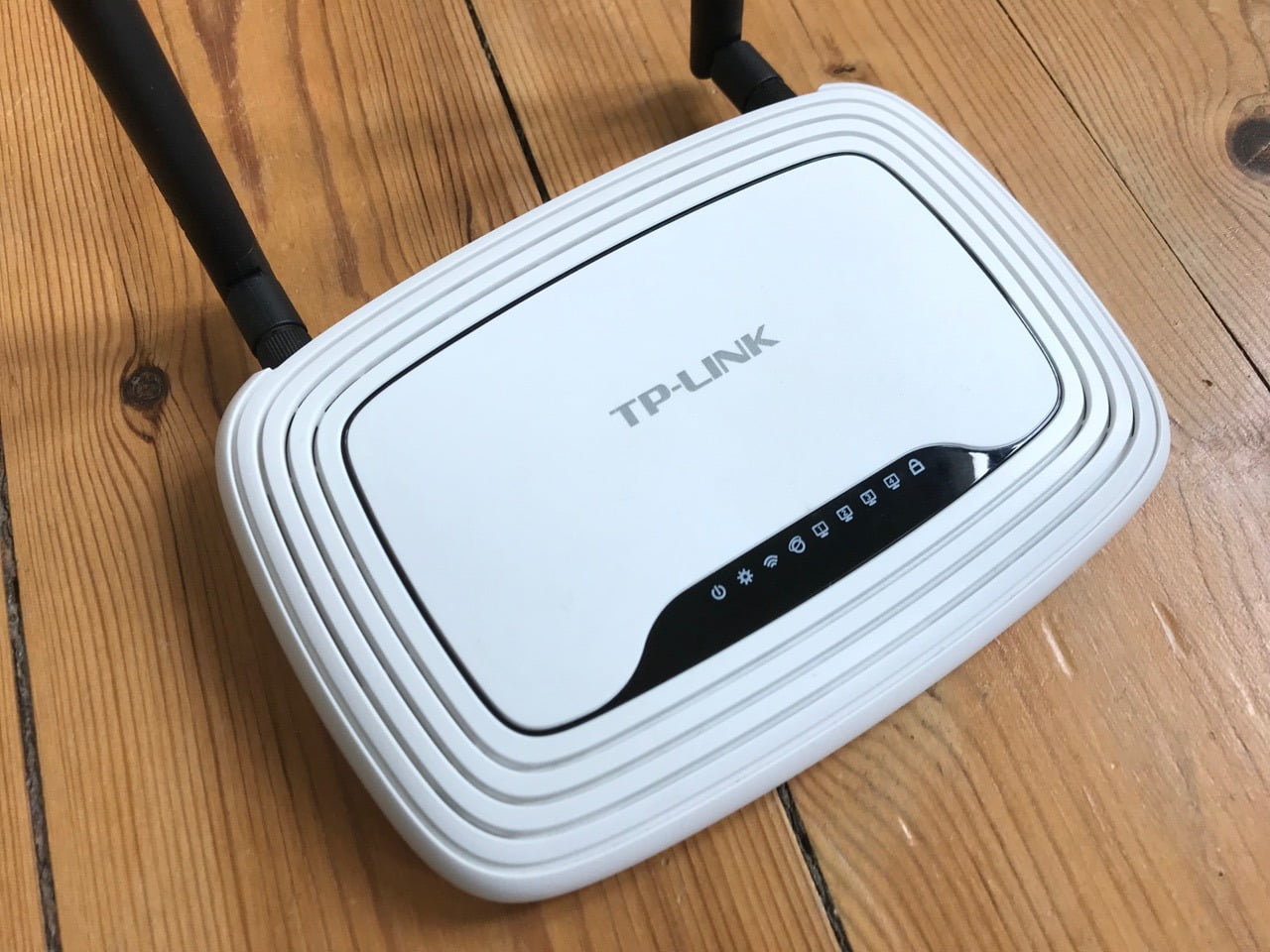 It is one of the cheapest router models you can buy: the TP-Link TL-WR841N, under twenty dollars costs one copy. But is it any good? 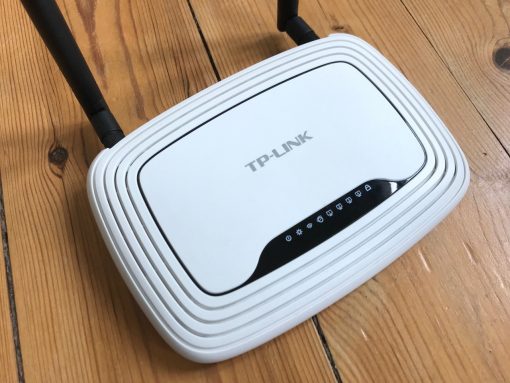 We are testing the v8 hardware version, they are currently selling the v14, but in terms of performance they are all more or less similar, all have a processor with around 500 MHz, 4 MB flash memory for the firmware and 32 MB RAM. On the back there is a WAN port and four Ethernet ports, all 100 MBit/s standard. Radio is transmitted at 2.4 GHz with two antennas: Macs can reach a maximum speed of 145 MBit/s with it. The maximum NAT throughput is 90 MBit/s down and 100 MBit/s up – this is the limitation of the Fast Ethernet ports. 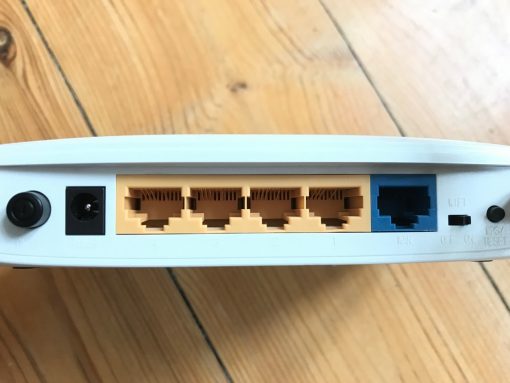 But how much bandwidth does the router let fly through the air via WLAN? With our usual measurement in the same room/two rooms further we reached 65 Mbit/s down, 55 Mbit/s up and 4 Mbit/s down, 1 Mbit/s up. This makes the router good for close range. In a difficult radio situation through two walls, where even more expensive routers are regularly slowed down, you notice the price: the throughput decreases very rapidly. 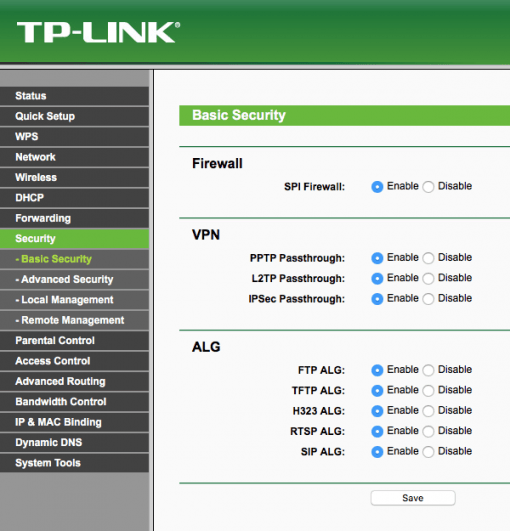 The price: less than 20 dollars for a complete router! On photos it may look a bit strange, but in reality the design aas mixture of a cloud and a fluffy pillow is nice to look at. Usually, cheap prices pay for themselves at the latest when it comes to configuration or stability. Not so here: the radio range is limited, but everything else works fine. The firmware is stable and, although it has the charm of a 90s router, easy to use and even quite extensive for this router class. 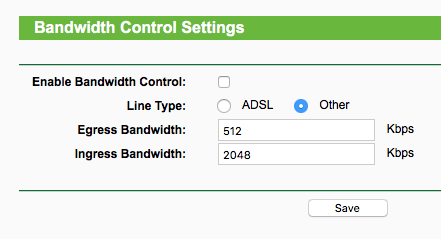 Even a simple Quality of Service setting is available, as well as VPN passthrough and even simple parent settings to control children’s computers on the Internet (on/off possible according to schedule). Very nice: on the right side of each configuration page there is a detailed text explaining the options. Our v8 hardware version even has two mechanical switches on the back: an on/off switch and a switch to switch off the WLAN. Real switches! That has to be emphasized very positively. 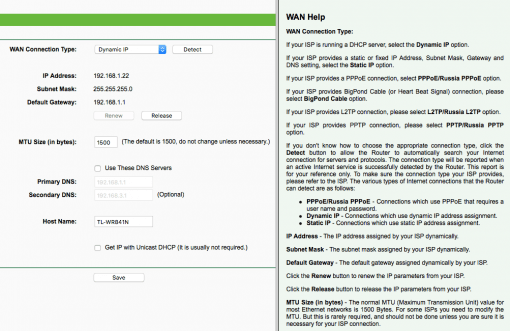 As fantastic as it is surprising: we connected it with our existing network and after it got an IP address via DHCP from the main router, it set himself up so that he was immediately usable as another router (router cascade). This happens rarely and has amazed us quite a bit. The WLAN setup is also well solved with the offered Quick Setup.

We had honestly feared a cheap product with all its drawbacks. But the opposite is the case: the low price has led to the TP-Link to evaporate the product to its function: to distribute the Internet. It has a housing and a user interface, but only because it’s still necessary in the real world. Once it has been set up and hidden in the cabinet, it does what TP-Link thought it would do: fulfil its function and fall into oblivion. And as usual, that’s a good thing with technology. 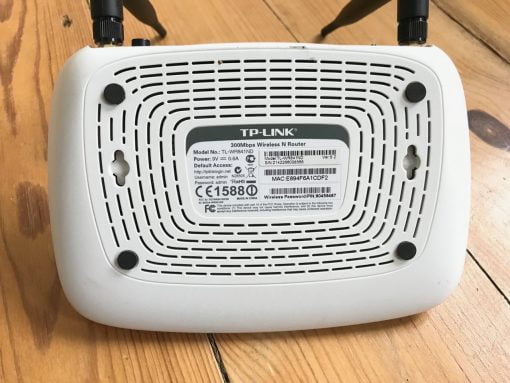 There is still the question about firmware updates: the firmware version for the v8 version is from 2017 and according to this article there is no fixed version because of the KRACK problem, but hardware revisions before v12 should not be affected. But we play it safe and give the small cheap router WL-WR841N a more modern firmware. The instructions for the installation of DD-WRT and the installation of OpenWRT follow. This makes the small TP-Link model a bargain.