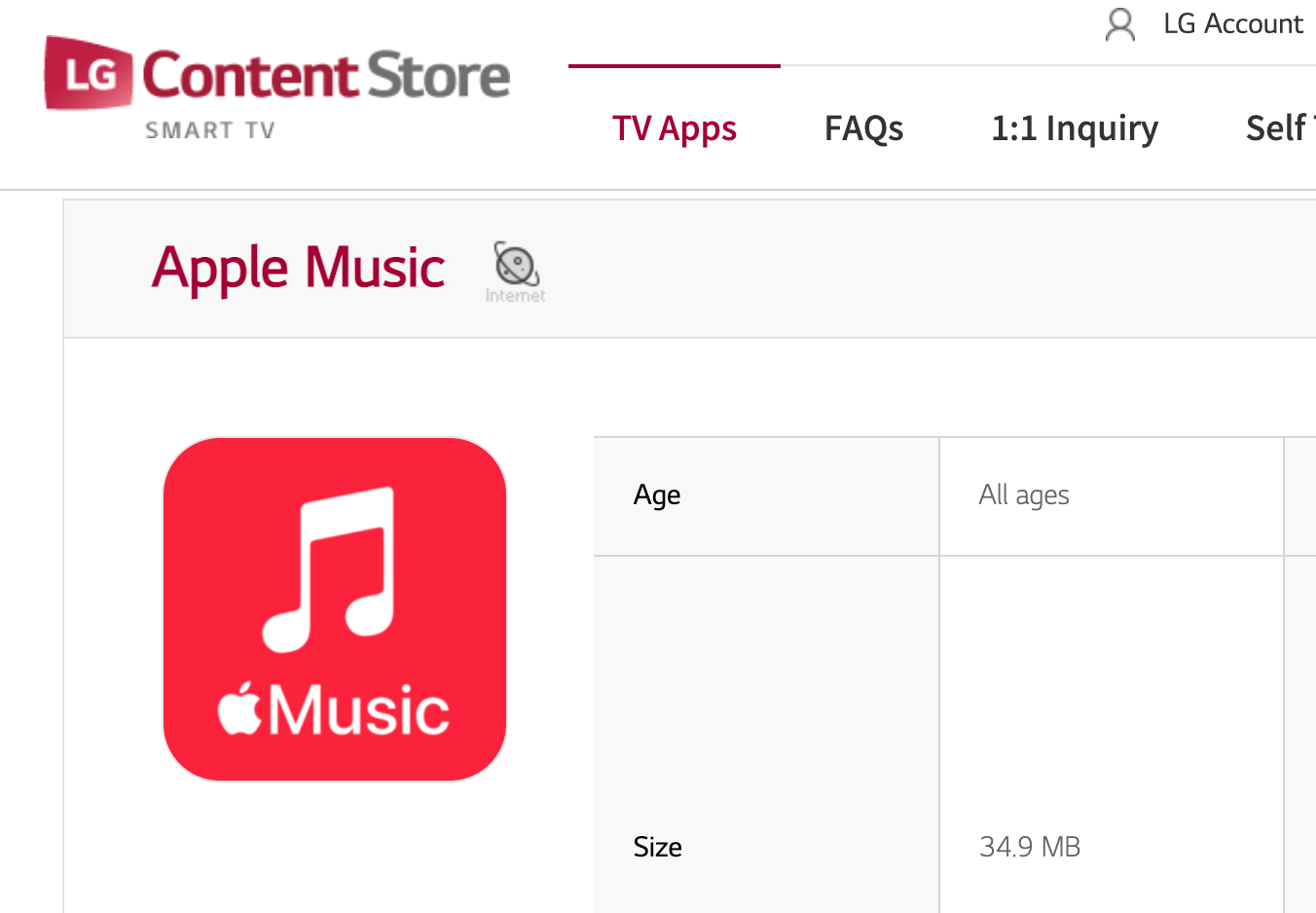 Apple Music can now be used on a LG TV.

If you own a TV from LG and want to use your Apple Music subscription on it, you can now do so with a native app.

LG provides the app for download in its own Content Store (just search for it on the TV). Unfortunately, we don’t know exactly how new the TV has to be, so if the app doesn’t appear in the Content Store, your model might not be included. LG provides the app in the following languages: Czech, Danish, German, Greek, English, Spanish, Finnish, French, Hindi, Hungarian, Indonesian, Italian, Japanese, Korean, Malay, Norwegian, Dutch, Polish, Portuguese, Romanian, Russian, Slovak, Swedish, Thai, Turkish, Ukrainian, Vietnamese, Chinese – so LG users all over the world should be covered.