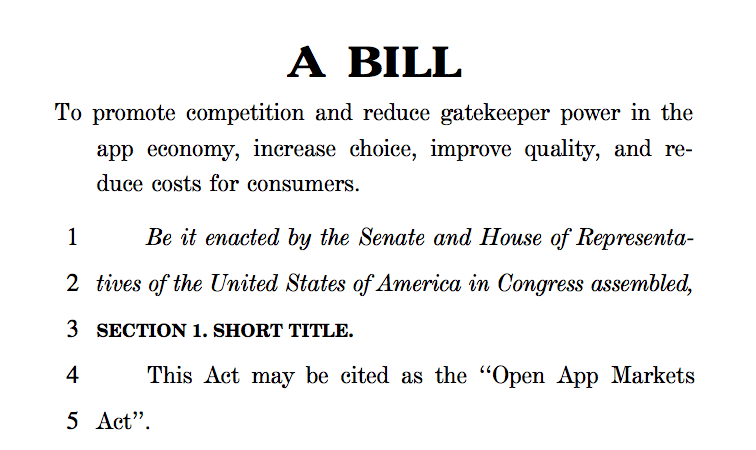 Will the dominance of the big app stores be broken by law?

As Reuters reports, two Democratic senators, Richard Blumenthal and Amy Klobuchar, along with Republican Senator Marsha Blackburn, have introduced a bill that would break the dominance of one manufacturer’s app stores.

The full proposal can be viewed here.

The motivation here is to break the quasi-monopoly position of the app stores. The criticism is that the providers of apps would have to bow to the rules of the app store, give up to 30% to the operators and also not be allowed to name different prices from other outlets, for example their own website.

Google and Apple are particularly affected by this. Apple, for example, takes 15% or 30% commission of the apps sold and thus already offers unequal treatment of the app providers. The new bill is welcomed by critics of the current sales structures Epic Games, Spotify and Tile.

It will be interesting to see what alternative app stores might look like and how security can be maintained versus a closed system. Perhaps upcoming changes will only serve to change the pricing structure and shift the power structure somewhat towards the software providers.

New security updates for all systems