Orico offers a RAID enclosure for 2.5″ drives. Does it make sense or could you go for a simpler alternative?

Orico offers a cheap transparent RAID enclosure for 2.5″ drives. We test whether it is worth its price.

Orico enclosures can turn out good or bad. And in our test it started as expected: the switch settings for the different RAID modes listed in the manual were all wrong. Therefore, for all users here first the correct settings: 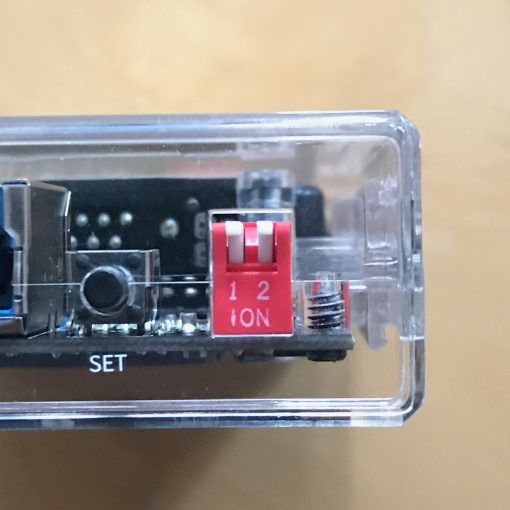 JBOD (Just a bunch of disks) 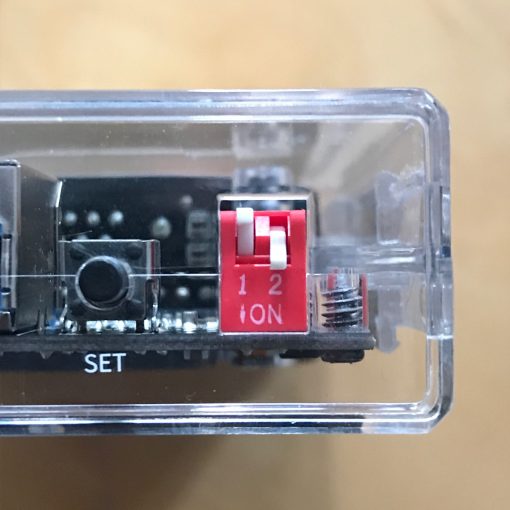 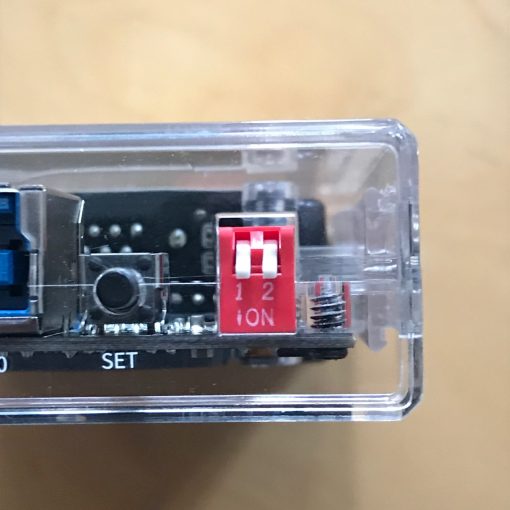 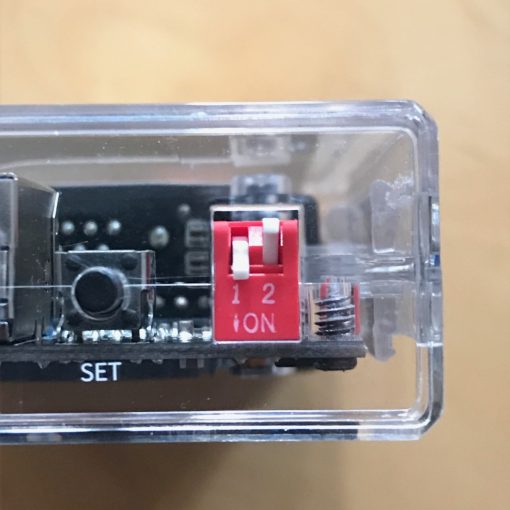 Transparent plastic, some electronics, a piece of aluminum

But first about the case: Orico has pretty much cut out everything that is really not necessary. You will only find the boards with the electronics and a plastic case around it. The only bonus is a small aluminum heat sink inside. That’s it. 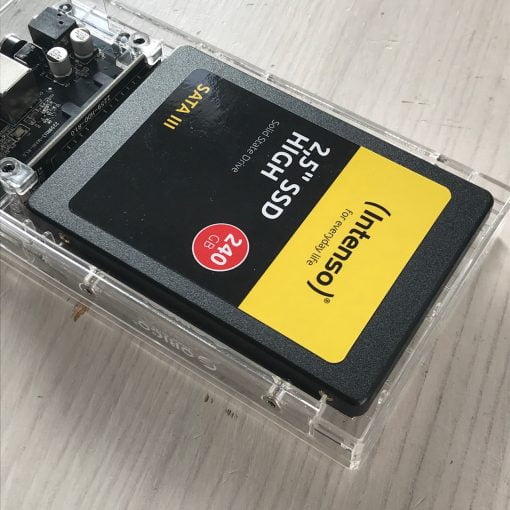 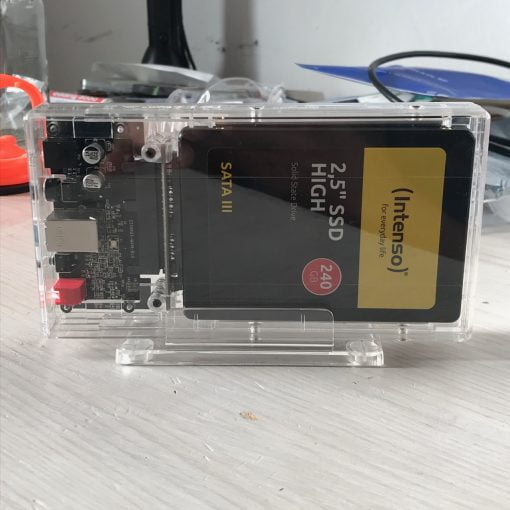 To install the HDD or SSD, you just pull off the side panels, plug in the drives, and slide the sides back on. There is nothing to screw them to. However, it has to be said that the case is very precisely manufactured and this way of “enclosing” the drives works quite well. It also saves on tools. A good first impression.

SSDs are slowed down, but ideal for two 2.5″ hard drives

We installed two SSDs and tested the maximum speed: it is under 400 MB/s. Not bad, but also not really impressive. A simple connection with 5 Gbit/s. The differences between the individual modes were not great: RAID 1 didn’t get any faster, since the maximum was already exhausted with an SSD, but RAID 0 didn’t make it any slower either.

In comparison, a software RAID based on macOS only achieved half the data rate when writing. That is logical: after all, the Mac has to take over the control and write the data once to SSD1 and once to SSD2 – via the same data connection. 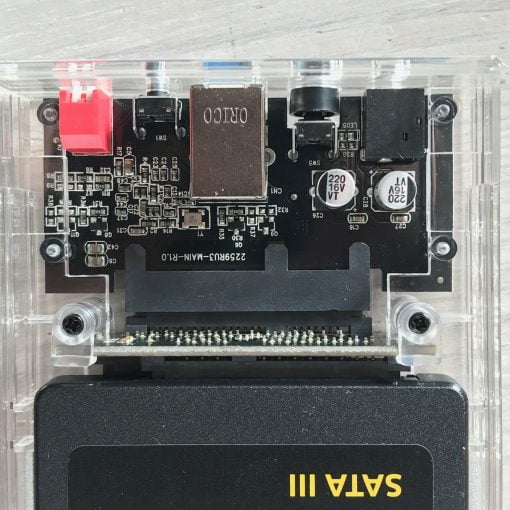 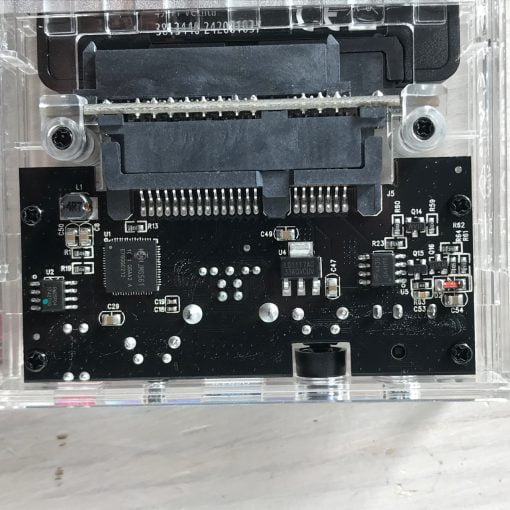 The power consumption was three watts for one drive and just over five watts for two. Frugality is therefore a given here. The function was also always stable and it never got too warm with the small SSDs, even though they are completely enclosed in plastic. However, we can only guess what the big brother of the case with 3.5″ drives looks like. Since the large drives release much more heat, we can probably expect much higher temperatures. 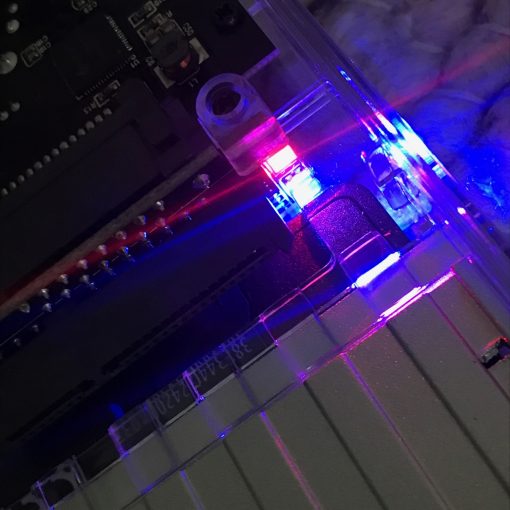 We were interested to see what happens when a drive actually fails in a RAID 1. In this case, the data from the second drive could be read out without any problems. We would advise you to do the same. We also tried to rebuild the RAID with a new SSD. And that worked somehow, at least we could access the data, but the disk utility recognized a RAID once and also the new SSD separately – not a situation you should continue to work with. But the good news is that if one drive fails, you can still recover the data from the second before completely rebuilding the RAID.

Buyers should also be aware that this version comes with a USB-B to USB-A cable. For our test, we used a USB-B to USB-C cable. If you want to run it directly on your Mac, you should go for the modern version with a USB-C port.

Does the RAID function make sense at all?

Now for whom is this case something? Well either you use SSDs, but then you give away speed. Then it makes more sense to run them separately on the Mac and combine them via software RAID. If you just want a quiet and safe drive, this is a good choice, however.

It makes more sense to simply use conventional hard disks or for 24/7 operation also NAS disks (Western Digital Red) for example. This is also in line with the low-priced character of the case. By the way, 15mm disks don’t fit, only 7mm flat ones are to be used (the specification goes up to 9.5mm height). With this application you don’t give away any performance. 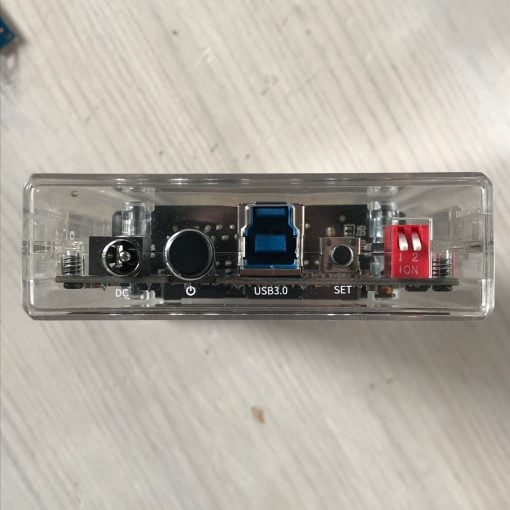 If you decide to use hard drives in a RAID array, you can consider another version of this case: the one without a RAID controller but with a USB-C port. Then you won’t give away any performance in case of a software RAID 0 or 1 set up on macOS. Since good hard disks achieve about 140 MB/s per second and that means a total of 280 MB/s with double transfer, you won’t even bring the case to the limit in terms of maximum data rate. An internal RAID chip would therefore not really be necessary.

The bottom line is that the case is quite justified for various scenarios and it is actually cheap for the price. However, you can use the model without a RAID controller and control it via macOS without losing performance in all RAID modes when using mechanical hard drives. There is also a version with a USB-C port, which we would recommend. Whatever you decide: Orico has really thought this case through and it is good for everyday use.