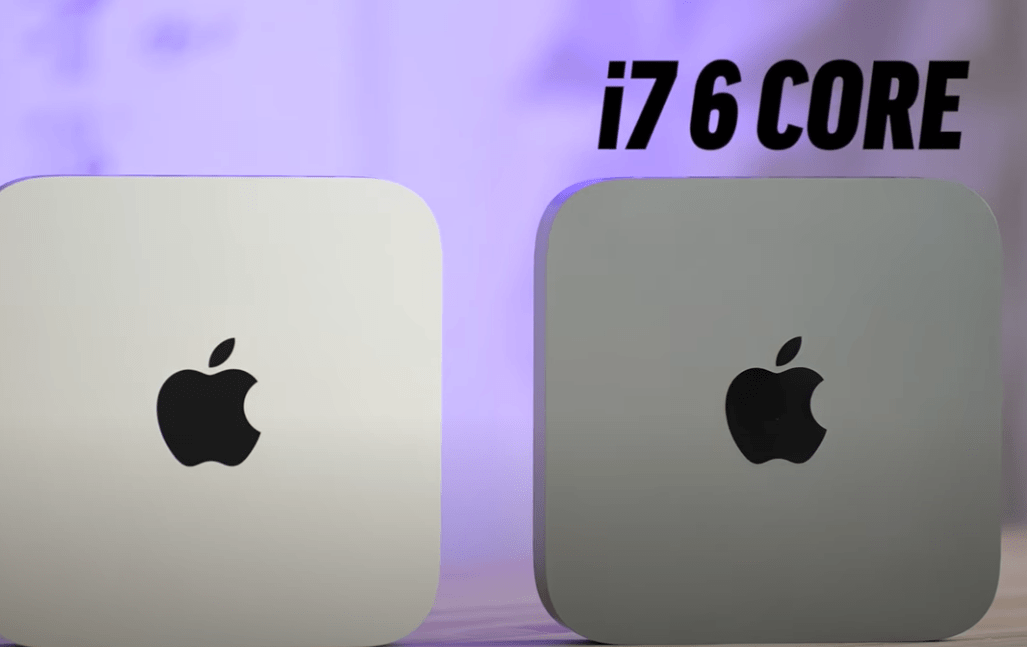 The M1 Mac mini plays in a different league in terms of performance.

MaxTech took the trouble to compare the graphics performance of the M1 Mac mini to that of the Intel Mac mini – including an external GPU. The results speak very clearly for the newer model.

But the M1 is also more powerful in professional applications. It can handle 20% more tracks in Logic Pro for example. Lightroom, which still runs on Rosetta 2, is also faster on the M1. This advantage will be even greater once the program has been adapted for the M1.

The graphics performance of the M1 chip is impressive

The Mac mini also shows impressive performance in the BruceX video editing benchmark: exporting a project takes only 15 seconds – compared to the 104 seconds of the Intel model. The transcoding is also worlds faster and even competes with the performance of the Mac Pro. So if you work with high-resolution video files, it’s probably worth buying the cheapest Mac mini – that’s how much time you save while working.

If you use an eGPU for the Intel Mac, you have an advantage: the graphics performance is three times higher than the integrated graphics of the Mac mini. Of course, this comes at the price of higher costs, more power consumption and higher volume. However, the BruceX benchmark delivers nearly the same performance as the M1 Mac mini with integrated graphics. Even more impressive: the M1 Mac mini needed only 6 watts – the Intel version plus external GPU over 200.

Under the buzz it can be said that the M1 chip in the new Mac mini is extremely superior to the old Intel version in almost every discipline. And has a negligible power consumption.

How to twist and turn it: Apple has made the M1 so good that all Intel versions, even those using an eGPU, are now obsolete. The irony is that the Mac mini is the cheapest Apple sells.